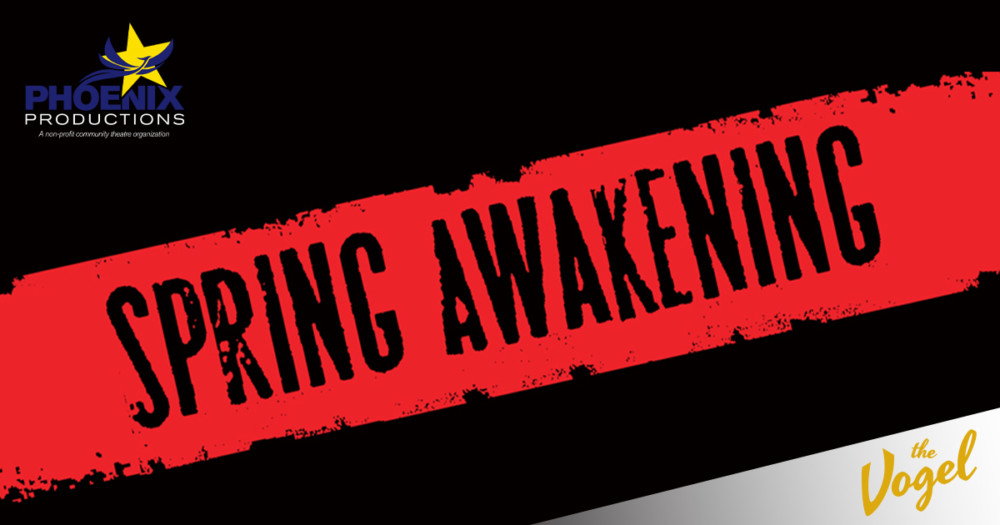 Spring Awakening at performed at The Vogel at the Basie Center is a classic musical performed on Broadway and countless regional theaters across America is a 1891 German play with the same title by Frank Wedekind. Set in late 19th Century Germany it tells of teenagers discovering the inner and outer tumult of sexuality.

Phoenix Productions, under the direction of James Grausam and musical direction by Jason Neri, the show hits all the senses… from laughter to sadness and the remembrance of once being young. The kids are alright until parents and adult figures get involved and then things begin to go array.

With a small but deft setting, the romantic lighting sets the mood for what is for the most part a great evening. The young actors are all sufficient (at times difficult to hear), the singing and dancing entertains throughout the just under two hour intermission less show.

Spring Awakening with book and lyrics by Steven Sater and music by Duncan Sheik when first presented on Broadway won eight Tony Awards including Best Musical. The stage at The Vogel had a similar setting – open, yet with the feeling that makes the show intimate enough to look in on these players who struggle with life and its rules.

What makes this show so unique is the different individual quandaries that each deals with. Mort Steeple is a young man who does not have the brains to be at a private school but he loves his friends especially Melchior who is the brightest and could care less about anything other than his love interest Gwendala. Boy’s and Girl’s who deal with their sexuality… hetro and homo, they move through the wake of society as best they can.

As the show moves into a deeper darker atmosphere we feel for these children; navigating the waters, some end up dead, some permanently scared for life. This performance was deep and moving. Under crisp direction with outstanding musicians these young actors belt out memorable tunes and the entire evening works very well.