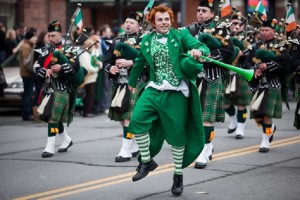 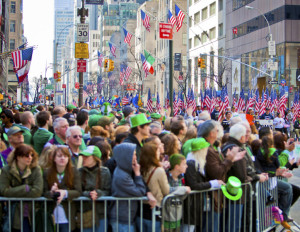 There will be green as far as the eye can see. After all what would St. Patricks Day be without a parade? Starting at 11am at 44th Street, marching up Fifth Avenue—past St. Patrick’s Cathedral at 50th Street—all the way to 79th Street. It finishes around 4:30-5:00pm at the American Irish Historical Society at East 80th Street. More than 150,000 people march in it each year. 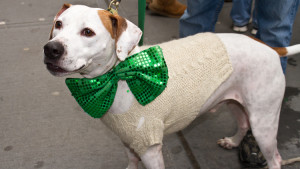 The Irish Arts Center at 553 W 51st Street (Between 10th and 11th) opens its doors for an Irish extravaganza, filled with authentic music, dances, craft workshops and delicious tea. Learn to play the tin-whistle, get your face painted, experiment with tap-dancing, or simply sit back and watch the artists perform at this celebration of Irish culture. Best of all it’s free.

Head to the Merchant’s House Museum, 29 E 4th Street (between Bowery and Lafayette St) on March 18th for the “Spirit of the Irish” Candlelit Ghost Tour. Uncover the mystery of some of the bizarre occurrences that took place in the servants’ quarters, and face the specters of family members who passed away in the house. This is New York’s only preserved 19th-century, home that takes you through its fourth-floor servants’ quarters, which were carefully restored and repainted in their original colors. Learn about the daily successes and struggles of the Irish immigrants who worked as staff in the mid–19th century.

Times Square and Hell’s Kitchen have a vast amountof restraunts to have Corned Beef and Cabbage or Bangers and Mash. Here is our list of where to head for a riproaring good time.

Bars will start opening as early as 9 a.m., serving Irish breakfasts with pints on the side. At some spots, the earlier people arrive, the cheaper the booze. Pubs will be exceedingly crowded, so plan ahead, pick your favorite and stick to one location. Above all arrive early.

To some, St Patricks Day in New York City is one of the most serious days of the year – and by serious, I mean serious partying!

New Yorkers be wary the St Patty’s Day Pub Crawl is also on the 17th. 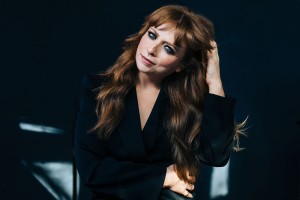 Also Check out Maxine Linehan’s tribute to U2