Suzanna Bowling
William Hurt, was Tony nominated for his role in the Broadway production of Hurlyburly, but was more well known for his film work. Hurt died just a week before his 72nd birthday of natural causes. 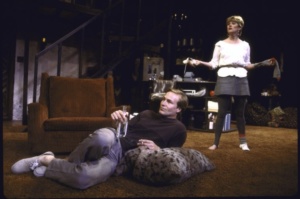 Hurt performed in 60 stage plays before he made his first movie. He attended Tufts University, where he studied theology, but joined the Juilliard School’s drama with fellow students Robin Williams, Christopher Reeve, Kelsey Grammer and Mandy Patinkin. 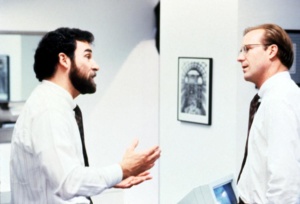 Mandy Patinkin and Hurt in The Doctors

Starting in 1977, Hurt was a member of the Circle Repertory Company, winning an Obie Award for his appearance in Corinne Jacker’s My Life. He had a broad resume in theater, winning a 1978 Theatre World Award for his multiple performances in Fifth of July, Ulysses in Traction, and Lulu. His film debut film role was in 1980, playing a scientist in the science fiction thriller Altered States, for which he received a Golden Globe nomination for New Star of the Year. He was the lawyer seduced by Kathleen Turner in Body Heat (1981). He was in the ensemble of The Big Chill (1983). He then appeared in the role of Arkady Renko in Gorky Park. 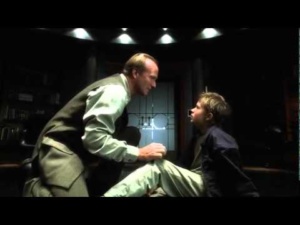 Other notable films include The Accidental Tourist, I Love You to Death, Lost in Space, Dune, AI Artificial Intelligence, Tuck Everlasting, The Good Shepherd, Mr. Brooks, Into the Wild, and Robin Hood. 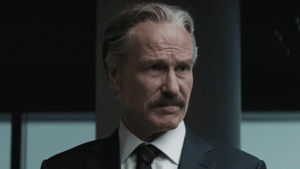 Hurt was part of the Marvel Cinematic Universe films in as  Thaddeus Ross, The Incredible Hulk, Captain America: Civil War, Avengers: Infinity War, Avengers: Endgame, and Black Widow, as well as the Marvel One-Shot The Consultant and the Disney+ animated series What If…? Born on March 20, 1950 in Washington, DC. His father was part of the US Agency for International Development and his mother married Henry Luce III, son of publisher Henry Luce.
Hurt is survived by four children.
Related ItemsA History of ViolenceBroadcast NewsChildren of a Lesser GodCircle RepHurlyburlyJulliardKiss of the Spider WomanNewWilliam Hurt
Broadway