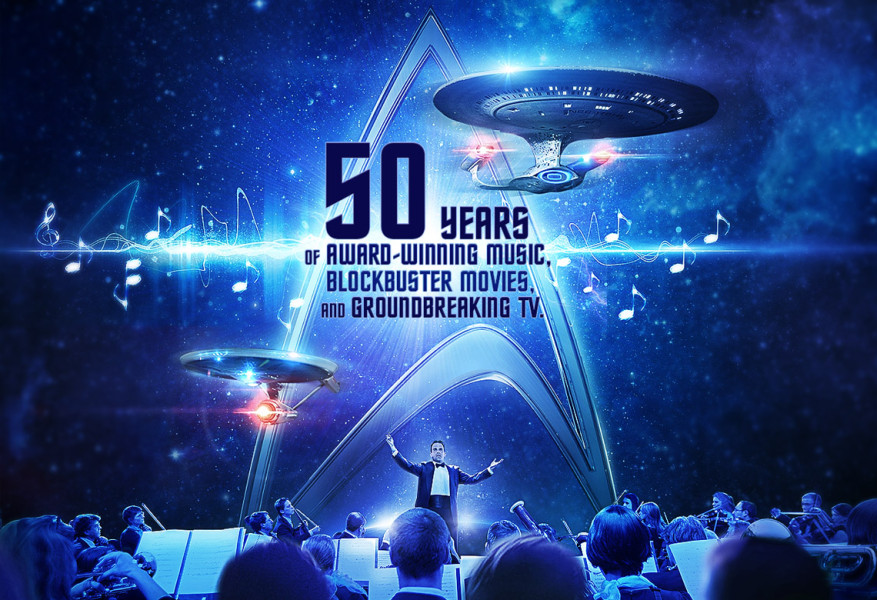 Star Trek’s Still As Relevant on The 50th Anniversary

Star Trek’s Still As Relevant on The 50th Anniversary

The 50th anniversary of the launch of Star Trek is this September. Fifty years after William Shatner made his first “captain’s log,” the power of Star Trek is felt across generations. Just this summer, the thirteenth Star Trek movie was released and has grossed over 231 million dollars to date. It’s pretty clear: Star Trek is here to stay.

So what is it about Star Trek that captures the hearts of millions of people, decade after decade?

As an advertising executive, my work environment is a stress-filled one. I imagine many of you will be able to relate to this. About the only thing taken for granted is that today’s problems will be completely different from yesterday’s. At it’s best, it can be said that the job offers variety. Unfortunately it’s the same old variety day after day.

In situations of change, it is natural for human beings to look for touchstones. As a human being, I had always sought a center to my life, an example to follow. What I hadn’t realized was that I was already following a path into the future. It was pointed out to me at a business meeting.

I was comparing a current problem to something I had watched on television the previous night. I can’t recall the particular problem, but I do recall saying, “well, we could be diplomatic, but as Scotty said on Star Trek last night, ‘The best diplomat I know is a fully charged phaser bank.’”

“You turn everything into Star Trek,” a coworker responded.

She was right. For years I’ve related everything in life to Star Trek. But why not? Captain James Tiberius Kirk is the most successful person I’ve ever observed. He’s a great leader, a good manager of people, dedicated, moral, adaptable, at the top of his profession, gets the girls, is well known and respected. There are worse role models.

Star Trek appeals to both the young and old. As a kid it was my favorite TV show. As an adult, virtually every night after work I would walk in the door, collapse on the couch and hit the remote control. Star Trek was the only show I could always watch start to finish.

Anyway, that comment at work helped me discover something I already knew. I realized then that I already know what’s necessary to live a meaningful life – that it isn’t that complicated.

All I really need to know about how to live and what to do and how to be, I learned from watching Star Trek. These are the things I learned:

These lessons are no less valuable, no less urgent now, in 2016, then they were when the first ever Star Trek episode aired in 1966. This is why millions of people spend their weekend watching the latest Star Trek movie in theaters.

Everything you need to know is in there somewhere. It may be dressed in some real lame costume, but it’s there. Every situation you will face in life has already been faced by the crew of the Starship Enterprise NCC 1701 – how to respond to challenge, how to treat your friends, how to pick up girls, how to get ahead on the job, how to run a business.

And remember, as Captain Kirk once so wisely said, “sometimes a feeling is all we humans have to go on.”

Dave Marinaccio is an international bestselling author and successful marketing business entrepreneur. His bestselling book, All I Really Need To Know I Learned From Watching Star Trek, is drawn from his long career in the advertising business. He is co-founder and SVP, CCO of Laughlin Marinaccio & Owens in Arlington, VA, which is now the largest shop in the Washington area with over $100 million in billings. In the course of his 30-year career as a copywriter and creative director, Marinaccio has worked at several leading national advertising agencies and has created ads for Pizza Hut, Sunkist, American Dairy Association, McDonald’s, Gillette, Jovan, Oscar Mayer, 7-UP, Warner Lambert and many other national brands. He is an Edward R. Murrow Award recipient and has given lectures at The Smithsonian, IBM, and Star Trek conventions. He is a regular contributor on marketing issues at News Channel 8 in DC.

Learn more about David Marinaccio and his agency, LMO, at www.lmo.com.

Admen, Mad Men, and The Real World of Advertising is available on Amazon.com.