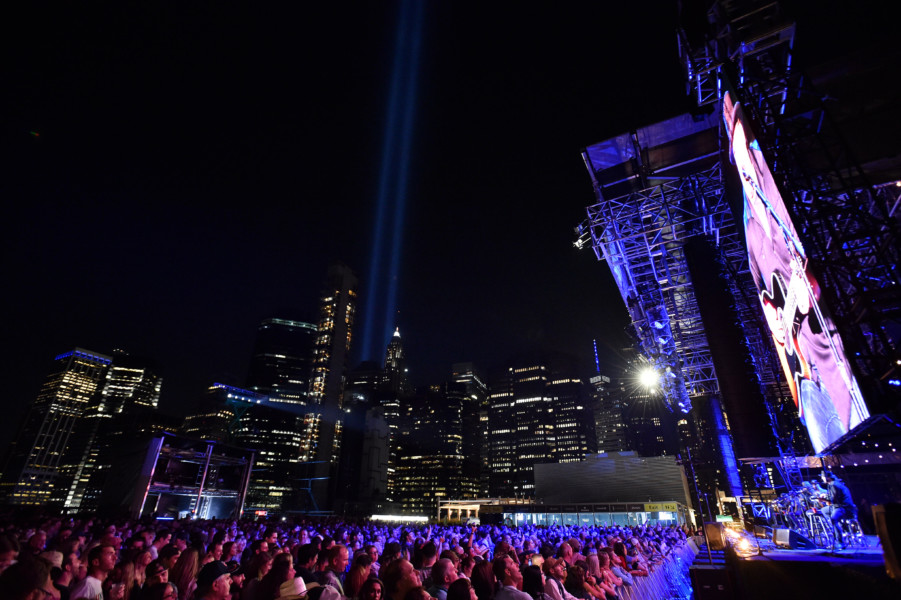 Music soothed the soul last night at the “Stars and Strings” tribute concert.

On a day of remembrance, the captivating show was what was needed in New York City. Hearts were warmed and guitars were strung at Pier 17 as a sold-out crowd roared in between performances, “U-S-A, U-S-A, U-S-A!”

The magical enthusiasm swept through the venue as cool breezes from the Hudson River blew gently through the air. Looming over the stage were the two giant symbolic blue beams of the Twin Towers that shot to heavens above. The songs played out sweet melodies to those we lost on Sept. 11, 2001. The emotional concert saluted and honored these beautiful individuals as Rucker led an incredible rendition of “God Bless the U.S.A.”

The Audacy live event was hosted by New York’s Country 94.7 FM (WNSH-FM). The annual country music concert event returned to The Rooftop at Pier 17 at the Seaport to benefit 9/11 Day, the nonprofit that runs the federally designated September 11th National Day of Service.