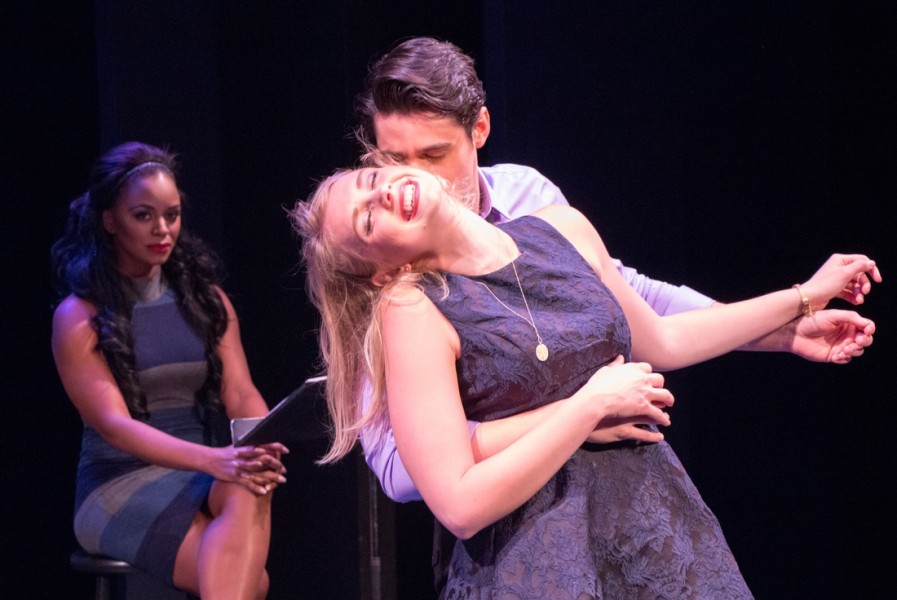 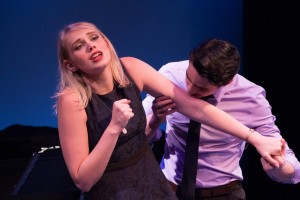 The York Theatre Company’s final selection of its 2016 Musicals in Mufti Series, Starting Here, Starting Now, opened in New York in 1976. The show is a songbook that reflects on young love, who we are in relationships and out of them. With lyrics and direction by Richard Maltby Jr. and infectious tunes by David Shire, many of these songs are being sung today, with just as much gusto as they were when first written. Maltby/Shire later went on to pen Closer Than Ever, which was successfully done at The York last season as well as Big. They also created the music and lyrics to Baby, which is one of my favorite scores. 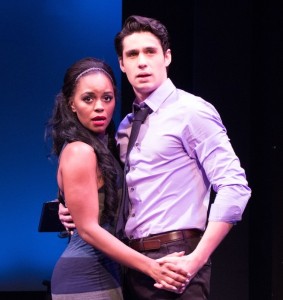 With music direction by Kevin Stites, the three-member cast features Krystal Joy Brown (Motown), Charlotte Maltby (Empire), and Bobby Conte Thornton (A Funny Thing Happened on the Way to the Forum). Each has his or her moment to shine, but it is Charlotte Maltby, who walks away, impressing with every number. Her acting is spot on, her stunning range is shown off to the hilt and her presence captivates. In “Autumn” she shows her control over her powerful soprano and goes for the pathos, pulling back and making us lean in to catch the dulcet tones. In “I’m Going To Make You Beautiful,” Ms. Maltby lets her fiery soprano loose without becoming shrill and in “Watching the Big Parade Go By,” she thrills us with her lower register. If there is any reason to see this show it is to watch this young actress, before she becomes a star.

Krystal Joy Brown and Bobby Conte Thornton are slightly uneven, with Ms. Brown winning the audience with “Crossword Puzzle,” and “A Little Bit Off.” She doesn’t have the emotional power for “What About Today” and has a tendency to become sharp. Mr. Thornton has some nice tones, but rhythmically is a little off. He has one of the best songs in the show, “I Don’t Remember Christmas,” but is behind the beat and lacks the emotional depth.

Maltby interprets his songs with comedic flair. In “We Can Talk to Each Other,” and “I Don’t Believe It,” we get the cynical side of love. He keeps the musical chairs going in the ensemble numbers of “Starting Here, Starting Now,” “Just Across the River,” “Pleased With Myself,” “A New Life Coming,” “Today Is the First Day of the Rest of My Life” and “One Step.”

I feel in love with this score, when I was ten. This music is still in my i-Pod today. This show is for anyone who loves musical theatre and wants to discover emerging new talent. Bravo York, you have done it again.