Staying In Pittsfield: Once Pours Out It’s Heart Staying In Pittsfield: Once Pours Out It’s Heart

I first saw Once, music and lyrics by Glen Hansard and Marketa Irglova, book by Enda Walsh, Off Broadway at The New York Theatre Workshop. I saw it again when it transfered to Broadway and again before voting. When scheduling my trip to Pittsfield, I was offered Ain’t Misbehavin at Barrington Stage and Once by the Berkshire Theatre Group at the Colonial Theatre. I choose the later as I had never been to the the Colonial Theatre and what a treat. 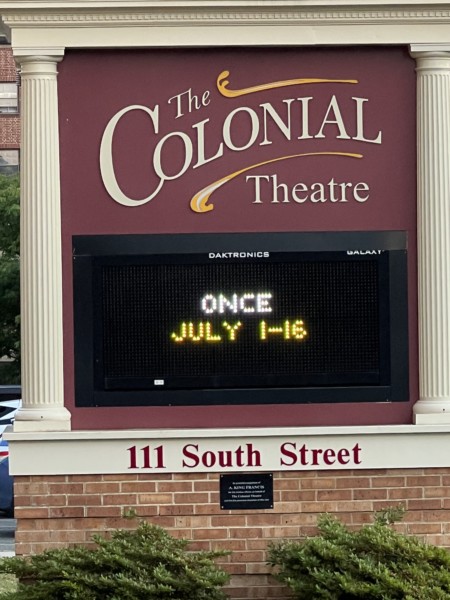 This 2012 Tony award winning musical, is based on based on the 2007 film of the same name and the song “Falling Slowly” won the Academy Award. The musical won Best Musical, Best Actor and Best Book. The musical also won the 2012 Drama Desk Award for Outstanding Musical and the 2013 Grammy Award for Best Musical Theater Album. 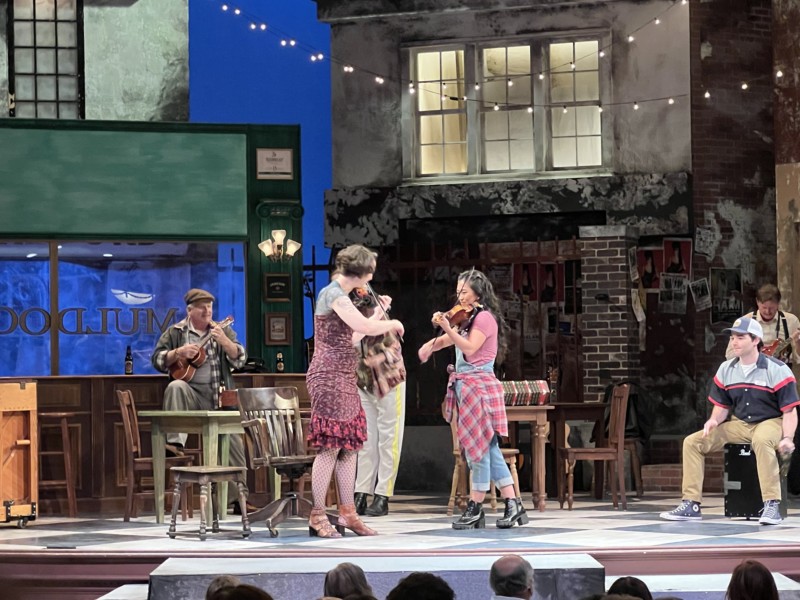 From the moment you enter the theater, you are treated to the cast members singing on the stage, offering Irish standards and drinking songs. A bar is set up inside the theater selling Guinness and Irish coffee as the play waits to begin. 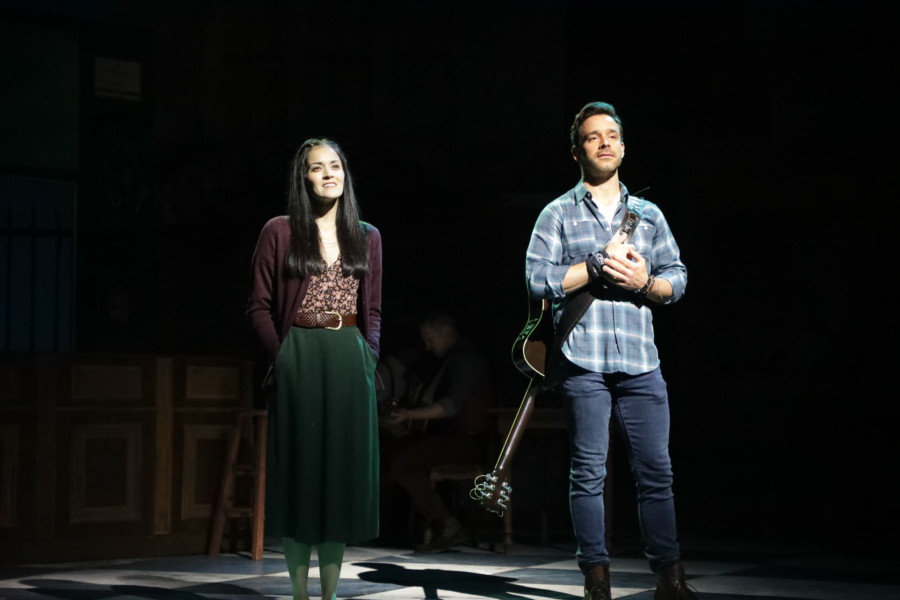 The plot concerns a thirty-something Dublin busker (identified only as “Guy”) who is giving up on his music because the memories of his defunct relationship are too painful. That is until a a young Czech woman (identified only as “Girl”), approaches. He now works as a vacuum cleaner repairman in his father’s shop. The girl responds that she has a vacuum that “does not suck”, and asks him to fix it. She offers to pay for the repair by playing piano for him. She snatches the sheet music for a new song from his jacket. The Academy Award winning “Falling Slowly”). Guy fixes the vacuum, Girl becomes acquainted with his father. They are clearly attracted to each other, but circumstances make this impossible. They start to write, rehearse and record songs together. Girl introduces Guy to her family, including her young daughter, Ivanka. She arranges a meeting with a banker to persuade the bank manager to approve a loan — which would enable Guy to take his music to New York. The banker is impressed with his talent, approves the loan, and adds that he can play guitar as well. Guy tells Girl that she has convinced him that his musical career is worth pursuing. One of the musicians Billy gets into an argument with the bank manager. In the meantime the girl in Czech, tells the guy she loves him, when he asks her to translate, she replies, “It looks like rain”. Guy has fallen in love with the girl. 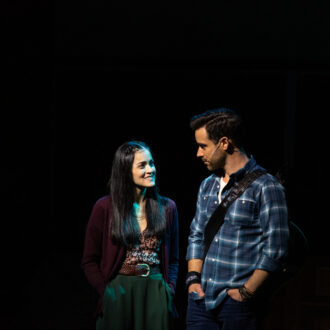 The band records a demo for a major record label and receive praise for their performance. When the band takes a break the girl remains at the piano. Thinking she is alone, plays one of her own compositions that reveals the depth of her feelings. Guy, hears and ask the girl and her child to move to New York with him. Girl tells him her husband is trying to reconcile with her. Guy plays the demo for his father. Impressed and moved, he gives Guy money to help him get settled in New York. Guy’s ex whose leaving started the whole episode wants him back. A few days later girl comes home to find a piano with a bright red bow on it — a gift from Guy. 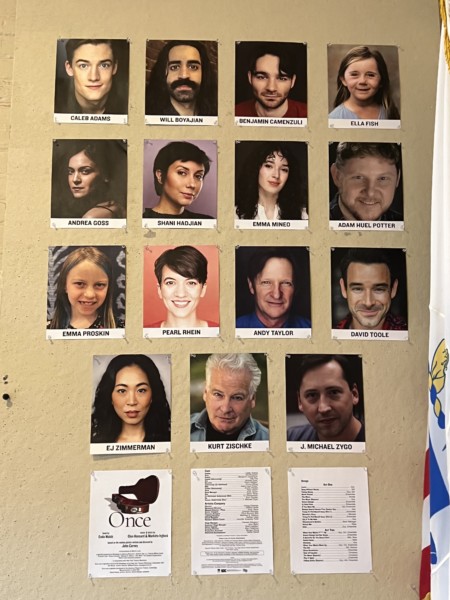 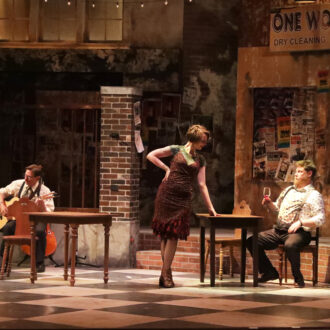 My only critique is the accents go in and out and are not accurate.

The thirteen member cast is terrific in their musicality, dancing and performing. They all play multiple instruments throughout the production. Andy Taylor, the company’s musical director is also in the show and you would never know it.

The set by Josafath Reynoso and lighting by Matthew E. Adelson are Broadway quality.

Once is a delight and the Berkshire Theatre Group is to be commended.

Once: The Berkshire Theatre Group’s Pittsfield  The Colonial Theatre until July 16th.