Staying In Pittsfield: The Colonial Theatre 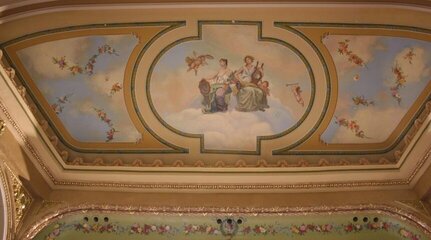 Staying In Pittsfield: The Colonial Theatre

The Colonial Theatre is a spectacular regional theatre with a fabulous history. It is the home to the Berkshire Theatre Group’s Pittsfield Campus, which is comprised of the historic Colonial Theatre and The Garage. 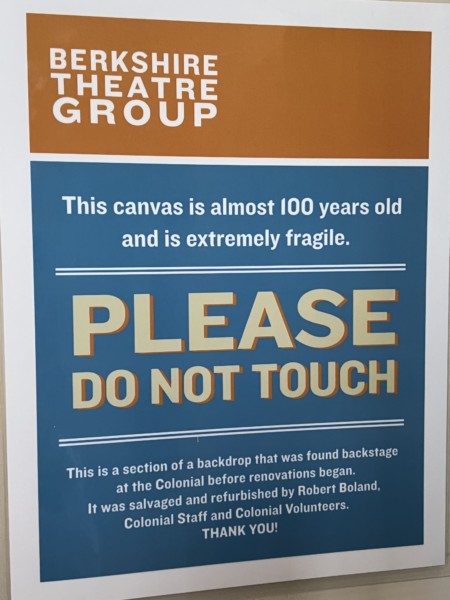 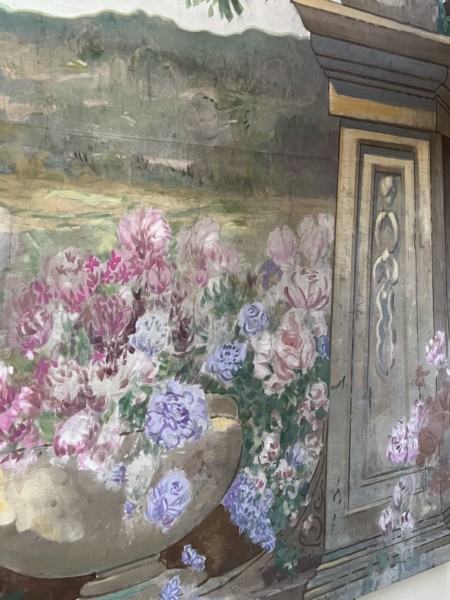 The Colonial was built in 1903 and was as a theatre for decades until being turned into a movie theatre in 1937. There were still occasional live performances, but they were rare. 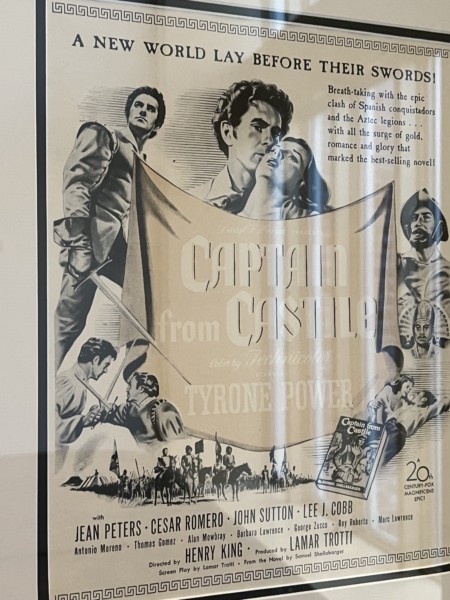 In 1951 the theatre announced it would be permanently closing. The Town Players of Pittsfield staged a final performance of Curse You, Jack Dalton in December of 1952. 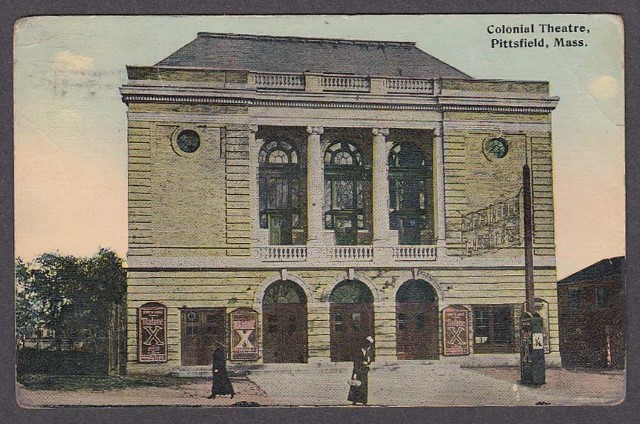 Postcard of The Colonial Theatre c. 1914.

The Colonial was bought by the Miller family, and turned into an art supply store, but the family took extreme care to preserve the features of the theatre. 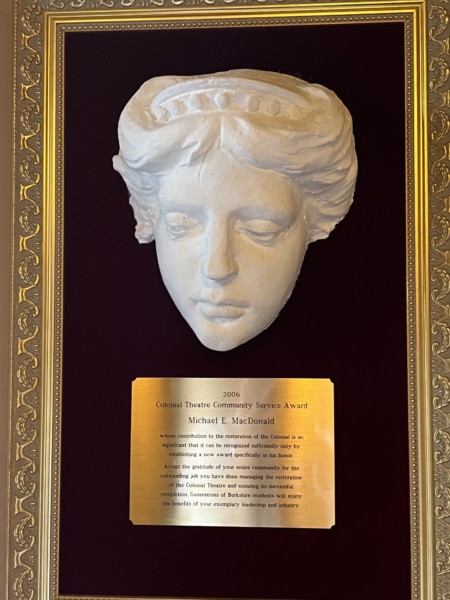 In 1997 a group called the Friends of the Colonial Theatre formed, with the hope of restoring The Colonial. The Colonial was designated a National Historic Treasure in 1998 and in 2001 renovations began. In 2006 The Colonial reopened to the public and it was well worth the wait. The newly renovated theatre was restored to its former glory. 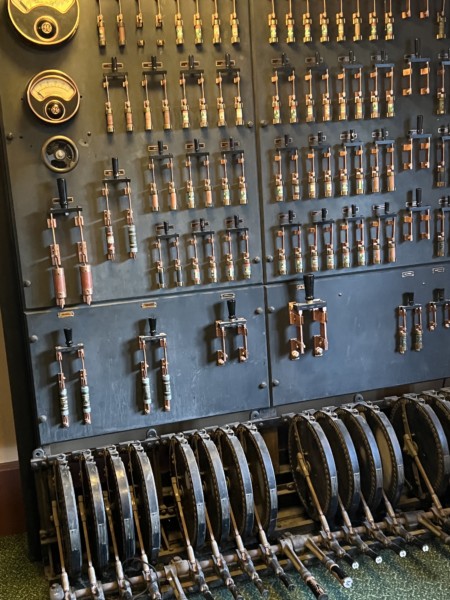 Originally, The Colonial Theatre sat 1,200 patrons, and currently seats 800. The Theatre was designed to maximize acoustics and ensure that every seat could clearly hear the actors on stage. One way this was achieved was by having no corners, only curved edges, and to this day the only corners in the theatre come from the addition of an elevator. 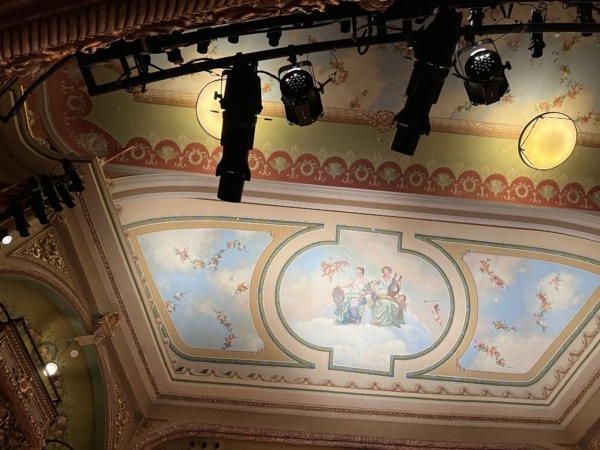 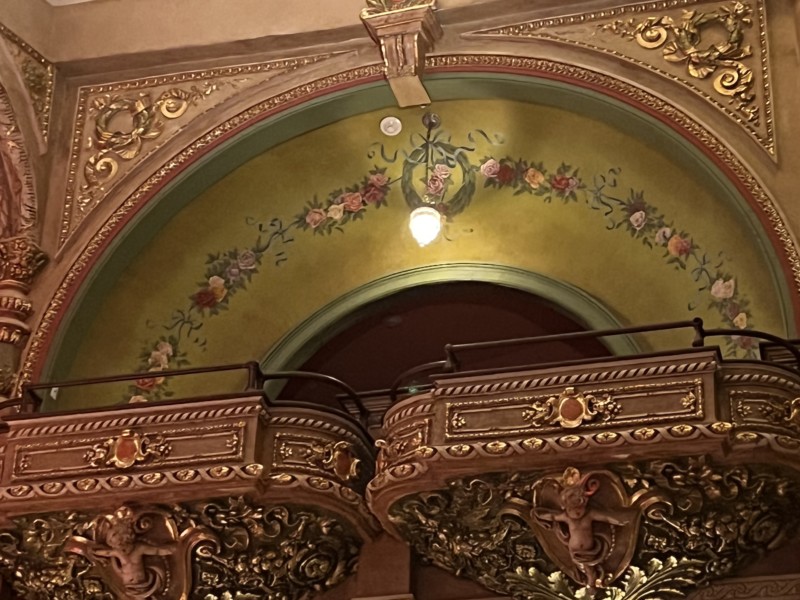 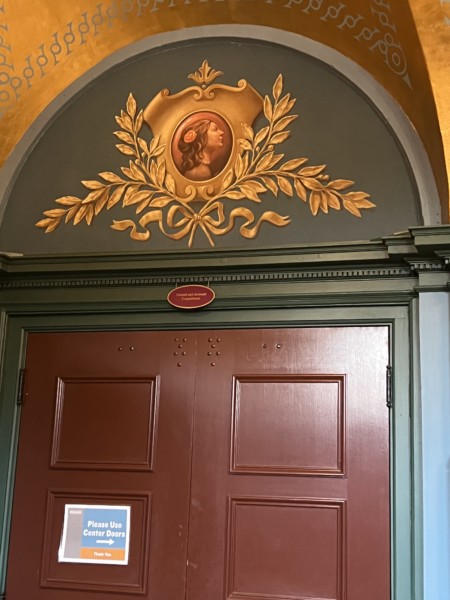 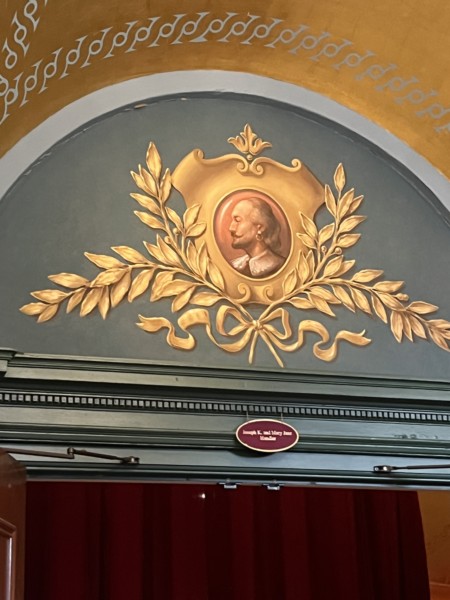 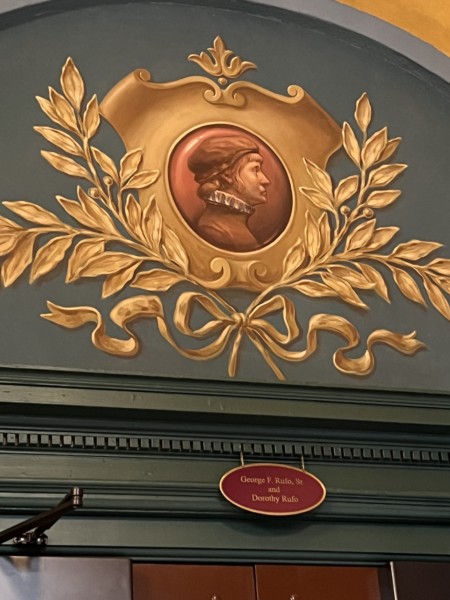 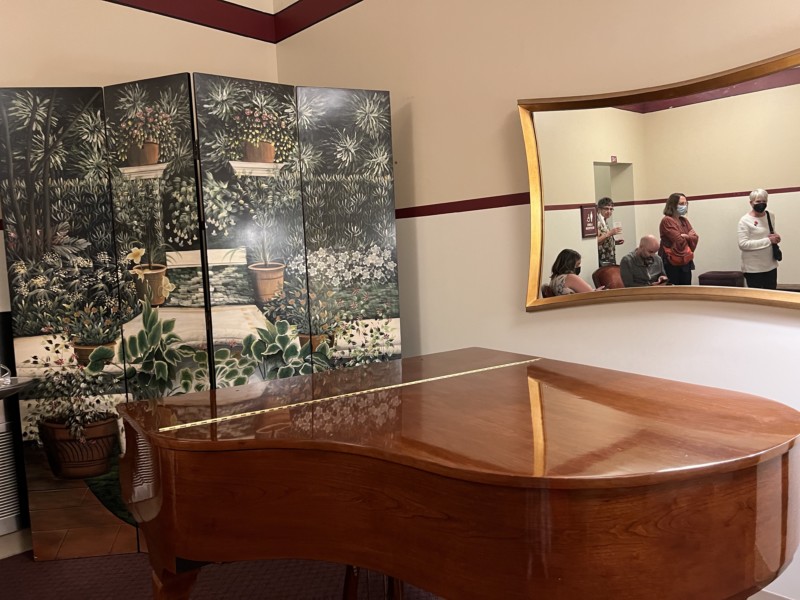 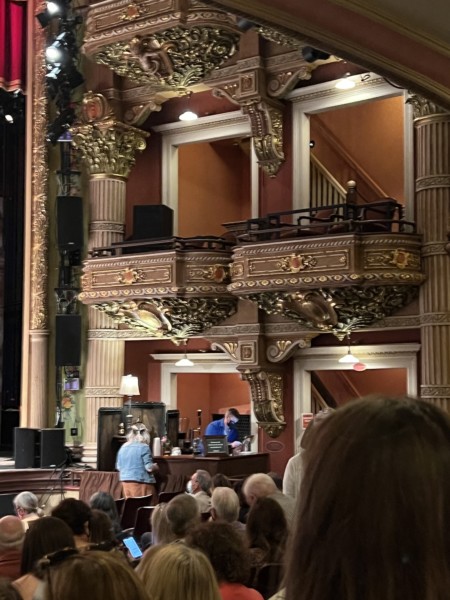 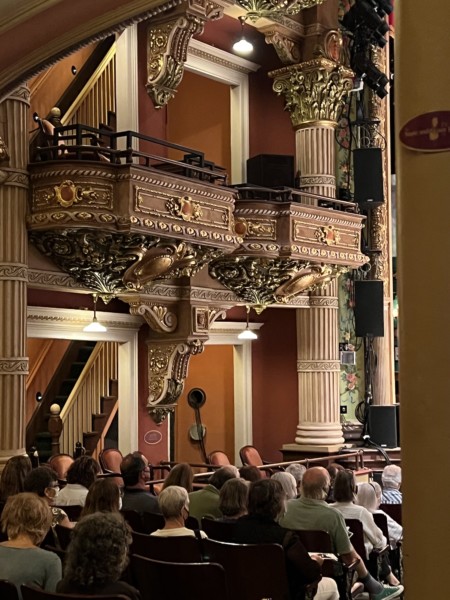 The lobby of the theatre moved into an adjoining building, built in 1921 as the Berkshire Auto Company, the building was connected to The Colonial Theatre and serves as the lobby, administrative offices, backstage space in addition to housing. 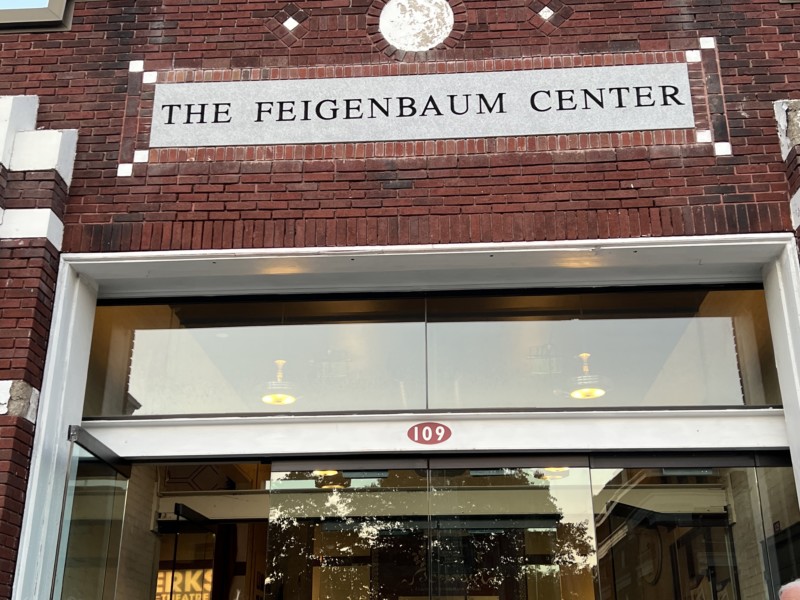 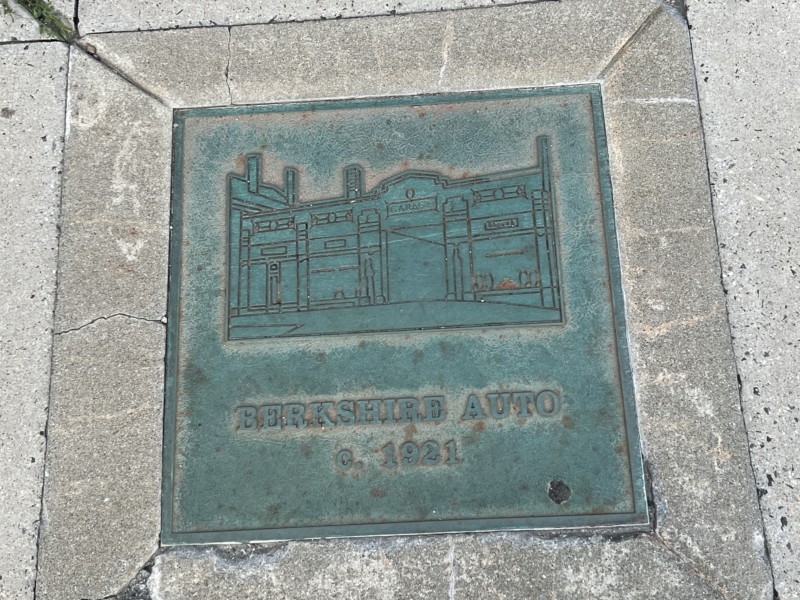 The Garage, a bar like area, hosts a variety of smaller, more intimate performances. 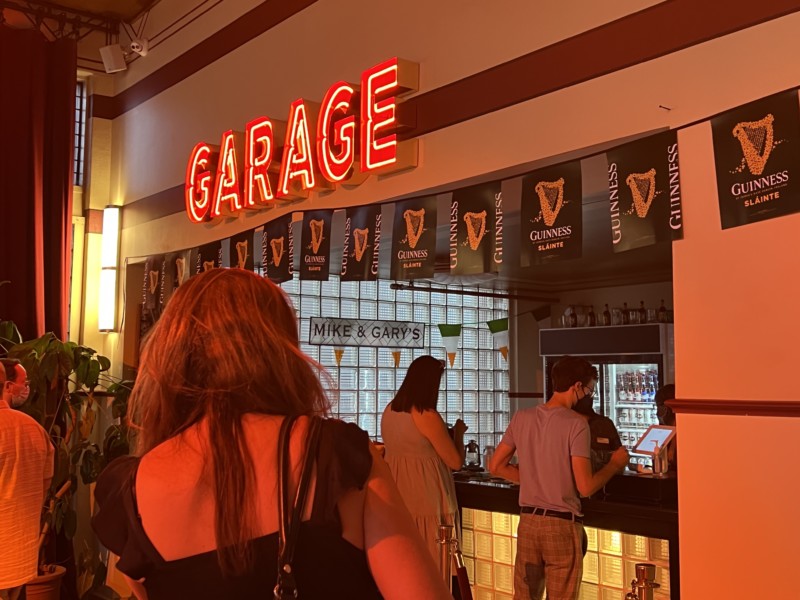 Today the The Colonial Theatre has an extensive season, with high quality performances, as I witnessed in their production of Once. Now that the Berkshire Flyer runs up to Pittsfield this is the perfect place for out of town try-outs. I hear Barrington Stage production of Ain’t Misbehavin is moving to Broadway. 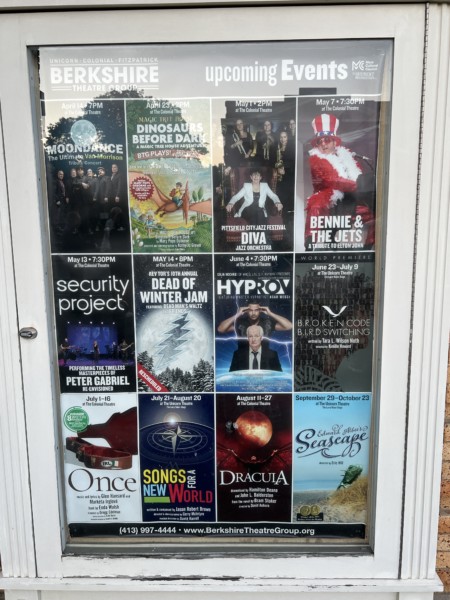