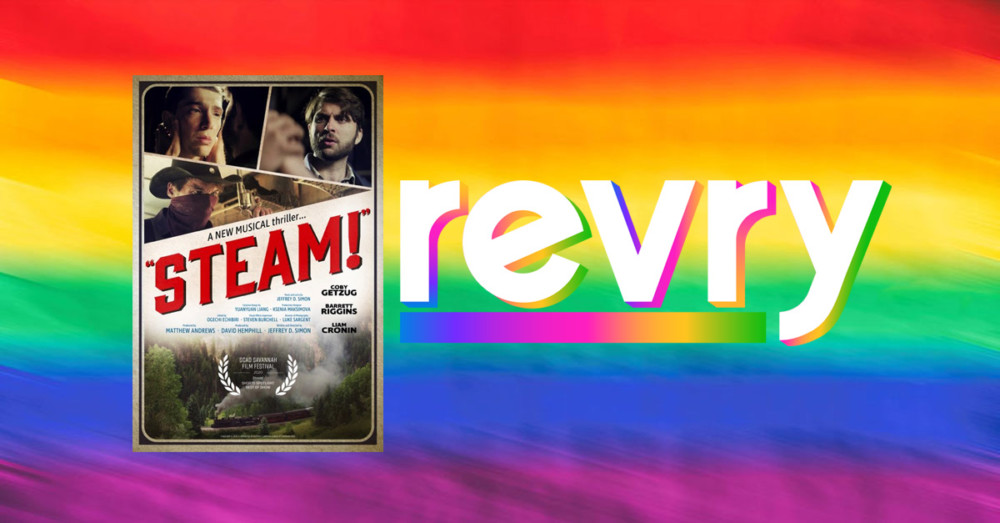 LGBTQ streaming network Revry will premier the short musical film Steam! on January 28, 2022. This is a debut release from the new movie musical company, The Barn. Steam! is a contemporary Western about the conductor of a tourist steam train who deserts his boyfriend for a wild night with a real-life outlaw.

T2c talked to Jeffrey Simon, who wrote the book, music and lyrics, as well as directed. We also talked to the film’s star Broadway actor Coby Getzug (Broadway/National Tour: The Book of Mormon (Elder Cunningham), Spring Awakening (Moritz). Getzug is currently starring in the National Tour of The Band’s Visit.

Barrett Riggins and Liam Cronin co-star. The film was produced by David Hemphill and Matt Andrews as a Master’s Thesis project at USC School of Cinematic Arts.

Steam! premiered at the SCAD Savannah Film Festival where it won “Best in Show.”