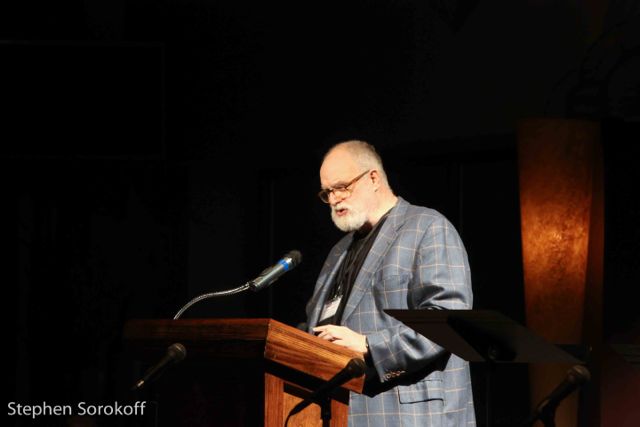 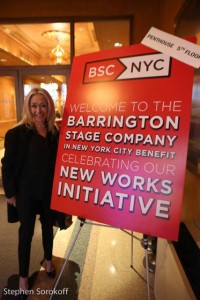 At first glance it appeared that the NYC police department had gotten a heads up about the Barrington Stage Company Benefit last night as I noticed the barricades around the American Airlines Theatre in Times Square. Surely New Yorkers wanted to get a glimpse of William Finn, Debra Jo Rupp, Joe Iconis, Julianne Boyd, Ron Abel, Chuck Steffan or any board members of BSC who were at the event. I later found out it was for President Obama who was able to snag a ticket for Hamilton. Eda Sorokoff the benefit chair informed me that she had forgotten to send The President an invite but the evening festivities in the Penthouse at the American Airlines Theatre had lots of excitement created by a great group of actors performing some excerpts from new works being cultivated by BSC’s New Works Initiative. Here are some photos of the event. 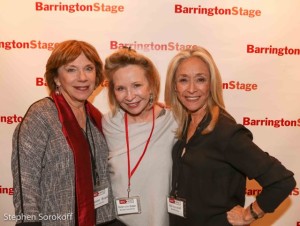 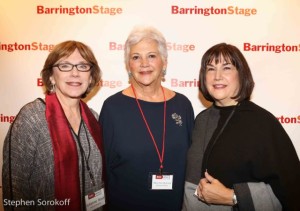 Julianne Boydd, Mary Ann Quinson, Chairman of Board, Marita Glodt, President of Board 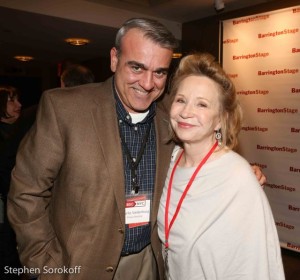 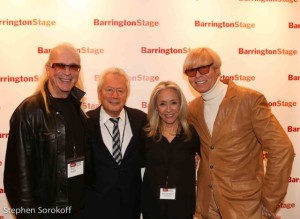 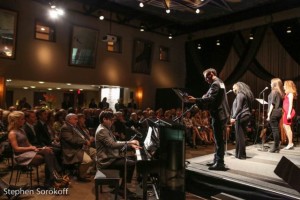