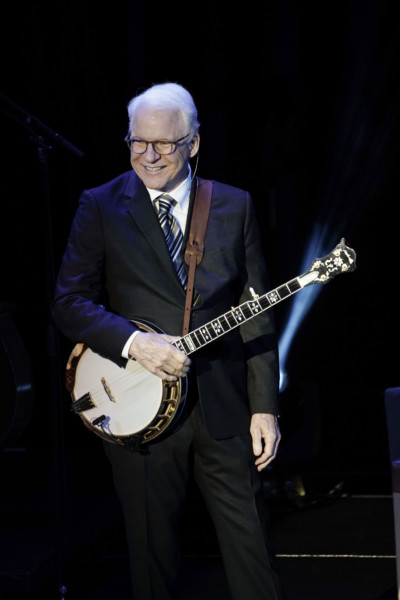 A beautiful winter’s spell seemed to have been cast over Segerstrom Center for the Arts, creating a magical setting for its 46th Candlelight Concert. More than 400 guests gathered, contributing more than $2.79 million to support the Center’s array of stellar entertainment, artistic, education and community engagement programs including American Ballet Theatre William J. Gillespie School and the School of Dance and Music for Children with Disabilities. Mother and daughter, Marta Bhathal and Lisa Bhathal Merage chaired. It was also the first time for many long-time donors and supporters to meet the Center’s new president Casey Reitz and his wife Naomi. They arrived in Orange County just a few days before from their home in New York, where Reitz had been president and CEO of Second Stage Theater.

Steve Martin and the Steep Canyon Rangers provided the eponymous concert and The Revolution, Prince’s former band, pounded out songs that kept the dance floor filled through the final hour. And, as guests left Segerstrom Hall and the 46th annual Candlelight Concert, they were treated to afterhours In-N-Out burgers and soft drinks.

Segerstrom Center for the Arts is an acclaimed arts institution as well as a beautiful multi-disciplinary cultural campus. It is committed to supporting artistic excellence, offering unsurpassed experiences and to engaging the entire community in new and exciting ways through the unique power of live performance and a diverse array of inspiring arts-based education and community engagement programs.