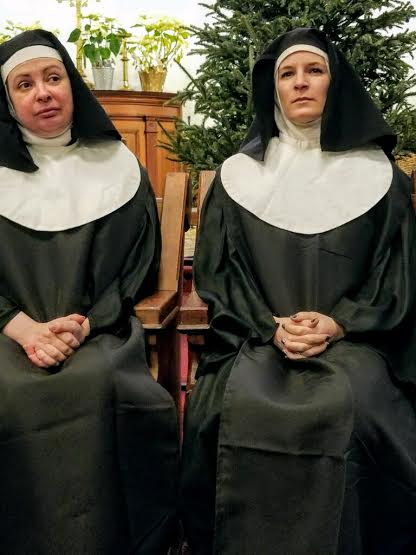 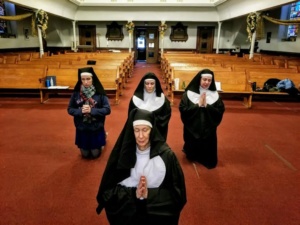 Members of the cast of MEMORARE in rehearsal 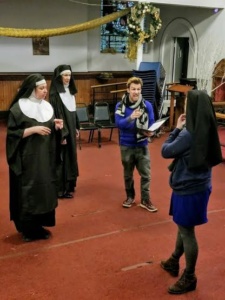 Director Peter Darney with members of the cast

In Memorare, a young Nigerian postulant arrives at a New York City convent for refuge, prayer and a new beginning on a hot summer day in July, 1964. Meanwhile, a 14-year-old black boy has been shot and killed by a white police officer in Harlem. The streets are raging with riots. The questions that arise in the aftermath of in the postulant’s arrival will change the Sisters of Mercy, and the postulant, forever. 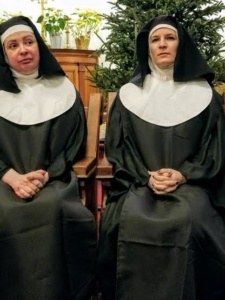 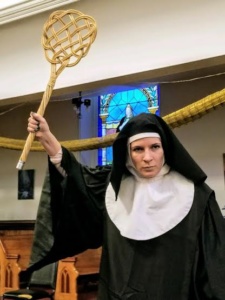 Steven Carl McCasland’s writing has been acclaimed by New York critics as “brilliant”, “riveting”, “mesmerizing” and “extraordinary”. Produced regionally and in Manhattan, his plays include neat & tidy, BLACK [Billy Learns About Captain Kirk], BLUE: a fable, When I’m 64, Hope & Glory, The Tip, Opheliacs Anonymous, Fifth Position, Little Wars, Pulchritudinous, Shades Of Blue: The Decline and Fall of Lady Day, What Was Lost, 28 Marchant Avenue: Six Summers at Hyannis Port, and Der Kanarienvogel (The Canary). Little Wars has been produced in New York and Minnesota, as well as internationally in Bermuda and Costa Rica. Critics hailed Steven as a new Thornton Wilder with the production of neat & tidy, declaring it a Top Dramatic Play of the Year. He won First Place in the Huntington Award forPlaywriting with Pulchritudinous. When not writing, Steven produces abridged musicals in concert at Feinstein’s/54 Below. Steven’s plays Shades of Blue, What Was Lost, 28 Marchant Avenue and Little Wars are all published and available on Amazon.com and at www.dramabookshop.com. 28 Marchant Avenue will receive its Vermont and Ohio debuts in 2018. Steven is currently at work on a new play about Stratford-Upon-Avon during The First World War. To learn more, visit www.stevencarlmccasland.weebly.com. 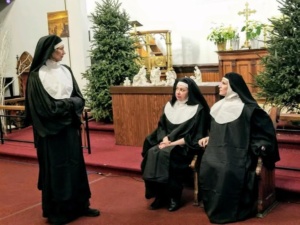 Director Peter Darney, based in London, returns to New York after his acclaimed production of his internationally acclaimed play Five Guys Chillin’ last year to direct this world premiere production. Five Guys Chillin, which received the Brighton Fringe LGBTQ Award and double winner at Dublin International Gay Theatre Festival, will receive its Australian debut this September at The New Theatre in Sydney 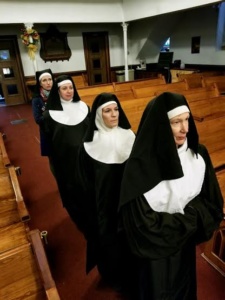 Members of the cast of MEMORARE in rehearsal

Suzanna BowlingJanuary 15, 2022
Read More
Scroll for more
Tap
Child Abuse and Adoption Get Help At APAP
LaChanze In Concert One Night Only