The company will feature Mike Faist (Dear Evan Hansen), Tavi Gevinson (This Is Our Youth), J. Alphonse Nicholson (Paradise Blue), and Odessa Young (Assassination Nation).  One additional role remains to be cast and will be announced shortly.

Days of Rage, will mark Levenson’s return to Second Stage Theater, where the musical, Dear Evan Hansen, for which he won a Tony Award for Best Book of a Musical, had its New York Premiere.  The production will also mark Trip Cullman’s return to Second Stage Theater, where he most recently directed the acclaimed Tony-nominated Broadway production of Lobby Hero. 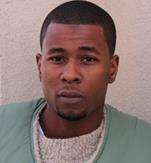 Against the backdrop of an endless, unwinnable war raging halfway across the world, and a polarizing president recklessly stoking the flames of racist backlash at home – a generation of young people rises up to demand change from a corrupt political establishment. It is October, 1969 and unbeknownst to the rest of the world, three 20-something radicals are busy planning the impending revolution from a quiet college town in Upstate New York. But when two strangers appear, disrupting the group’s delicate balance, new dangers and old wounds threaten to tear the collective apart. By the Tony Award-winning writer of Dear Evan Hansen, Days of Rage, is a timely new play about means and ends, ideals and extremes, and the perils of changing the world.

Tavi Gevinson (Peggy) is an actress, writer, and founder of the online teen magazine “Rookie.” She has appeared on Broadway as Jessica in Kenneth Lonergan’s This Is Our Youth, as Mary Warren in Arthur Miller’s The Crucible, and as Anya in Stephen Karam’s adaptation of Anton Chekhov’s The Cherry Orchard. Williamstown Theater Festival credits include Halley Feiffer’s Moscow x6 and Carson McCullers’ The Member of the Wedding. Film credits include Nicole Holofcener’s Enough Said and Dustin Guy Defa’s Person to Person. TV credits include Parenthood, Scream Queens, and The Simpsons. Gevinson has also edited five Rookie anthologies, published by Penguin Random House.

Steven Levevson (Playwright) is the Tony Award-winning book writer of Dear Evan Hansen. His plays include If I Forget, The Unavoidable Disappearance Of Tom Durnin, Core Values, The Language of Trees, and Seven Minutes In Heaven. Honors include the Obie Award, Outer Critics Circle Award, Outer Critics John Gassner Playwriting Award, Drama League Award, Drama Desk nomination, Hull-Warriner nomination, Lucille Lortel nomination, and the Helen Hayes Award. A former Artist in Residence at Ars Nova, he worked for three seasons as a writer and producer on Showtime’s Masters of Sex and is a founding member of Colt Coeur and an alumnus of MCC’s Playwrights Coalition and Ars Nova’s Play Group. His plays are published by Dramatists Play Service and Playscripts. A graduate of Brown University, he is a member of the Dramatists Guild of America, Inc. and the WGA.