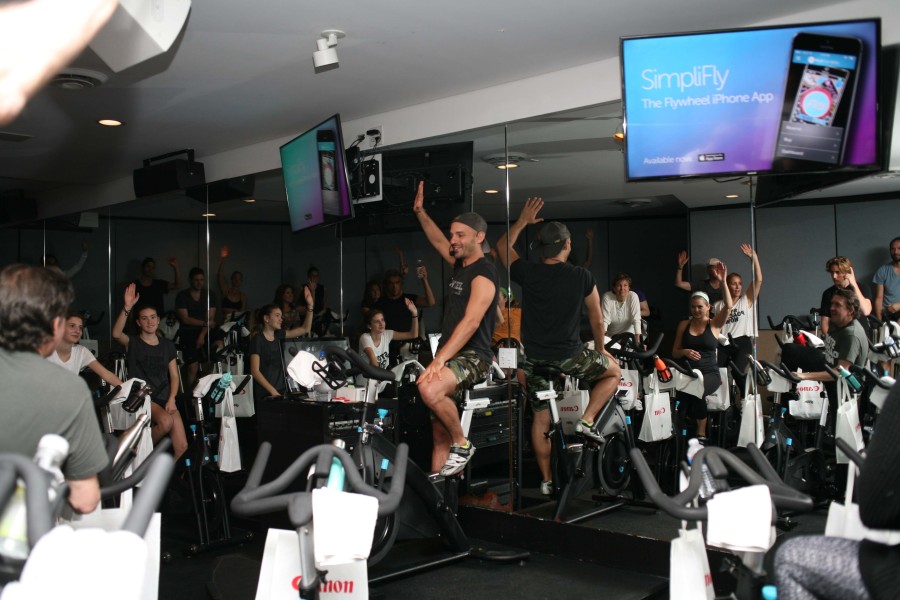 It was busy week in LA for Oscars, but some special individuals took time out of their busy schedule for a very important cause.

Stop Poaching Now! hosted a special RIDING FOR RHINOS at at Flywheel in West Hollywood. The incredible 50-minute, fat-burning, choreographed, full-body cardio cycle workout was attended by about 40 supporters who came together to help raise over $15,000 that will be used to purchase drones to track and prevent illegal poaching of rhinos and other endangered animals including elephants and lions. 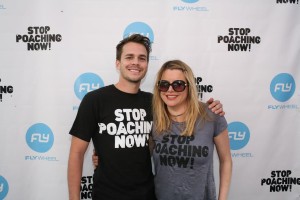 Animal activist and actor, Johnny Simmons, star of the upcoming THE LATE BLOOMER (produced by Heidi Jo) shows up to support the Rhinos.

“This is an incredible afternoon,” said Markel at Flywheel.

At current poaching rates, rhinos in the wild will be extinct in less than 10 years. Poaching kills more than 35,000 Elephants and Rhinos each year and their horns and tusks are used and carved into ivory trinkets. Cruelly and inhumanly treated, these highly intelligent animals are killed, leaving their young abandoned and drastically diminishing their species. Their survival lies in an immediate end to the ivory trade and we have the chance to end the decades of mass slaughter and recover these precious animals.