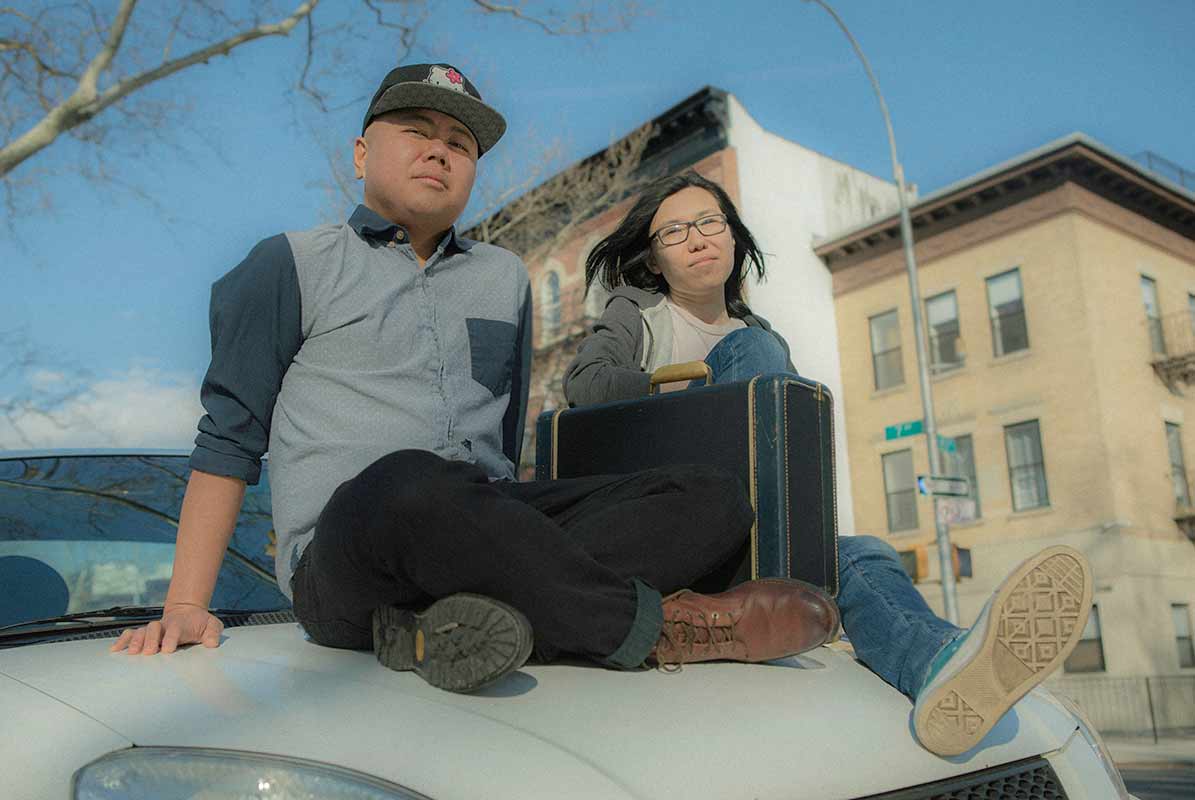 Straight From NYMF: Interstate The Musical Leads Us To Our Best Selves

Straight From NYMF: Interstate The Musical Leads Us To Our Best Selves 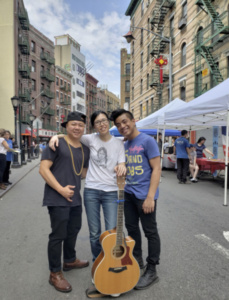 The interstate is a highway, where we take physical journeys. In the new musical, Interstate, now playing at the New York Musical Theater Festival, a performing duo calling themselves Queer Malady, consisting of  a transgender boy named Dash (Jon Viktor Corpuz), who is a spoken word poet, and a lesbian girl singer, Adrian (Angel Lin)  set out on a cross country promotional tour which brings all the personal issues in their lives to a head.

But “interstate” is also a word which metaphorically evokes the challenges of being trapped between the sex you were born with and the sex with which you identify. Those concerns are at the thematic heart of  this brave and beautiful new musical. No matter how you define it, Interstateis a frank, poetic, touching, deeply moving musical theater work that makes us look much more closely at how we view love, romance, and our very selves. If you can still get a ticket, it is an unmissable event.

One might not expect a straight, white, middle aged, heterosexual guy like me to relate so strongly to the characters in this play. But the authors of the piece, Melissa Li (book, music and lyrics) and Kit Yan (book and lyrics)  have not just written a musical about the LGBTQ community for itself. With tremendous grace and maturity, they have written a universal theater piece which explores issues of identity, commitment, self-sacrifice, friendship and love in all forms. In a world  increasingly fraught with polarizing prejudice, we need theater art which celebrates these human values more than ever.

The central characters of Dash and Adrian are brought to life with achingly beautiful honesty and connectedness by Jon Victor Corpuz and Angel Lin. Each in his and her own right is a strong, talented, utterly charming performer. But their chemistry as actors and onstage friends is also key to this production’s success.

Two different personal journeys converge in Interstate. The one is of Dash and Adrian. The other is that of a teenage girl who prefers to be called Henry (Sushma Saha), and who identifies only as the male  persona she feels is trapped within her. Her struggle to relate to the world around herself is heart wrenching. When she develops a crush on a girl in her class and tries to pitch herself as a boyfriend from within, it understandably doesn’t turn out well.  Her parents won’t accept her as the person she wants to be.  Isolated and depressed in her Kentucky town, she turns to the internet to seek out like minded friendships. Finally, she sets out on a cross country journey to meet up with Queer Malady at the end of their tour in San Francisco, hoping that by meeting Dash, who seems to have made the transition so successfully, she will find the strength to carry on.

As Henry, Ms. Saha is a raw, funny, painfully vulnerable, and utterly convincing as a young person caught in that physical and emotional interstate. If she doesn’t break your heart, you just don’t have one.

The rest of the cast play various supporting roles, and are all awesome in their own ways. These include Michelle Noh as Allison’s power mom, Kiet Tai Cao as Dash’s Asian immigrant dad, who brings the house down with his hilariously upbeat portrayal in support of Dash’s journey, Andreas Wyder, who transitions seamlessly from drag queen to  clueless talk show host to belligerent macho yahoo with equal ease, Allison Linker as both a major label producer and the hapless teenage object of Henry’ s affection, and Esco Jouley as Carly, a queer female producer who hopes to bring Queer Malady into  her new record label, and Adrian into her personal life.

The songs, are all compelling  when they should be,  and light hearted enough to ease the emotional load at the right moments.  I especially enjoyed the humor of “Loser Dumplings”, which is how Dash explains what made him fall for after she brought him food to ease the pain of his losing in a poetry jam.  The book is solid, with several scenes that don’t even need music for their emotional impact. The converging journeys make an unusual story structure which keeps us on the edges of our seats waiting for them to come together.

The show is moved along seamlessly by director Jessi D. Hill, who lets it all flow organically and never pushes anything. The unobtrusiveness of her work here is a testament to its quality.

The Golden Age musicals  of Rogers and Hammerstein, which are still considered the great models of musical theater writing, are all set in difficult sociopolitical contexts, e.g., World War II, the Nazi occupation, the struggle between ranchers and farmers in the developing American West, etc. (and let’s not forget that Oscar started it all with raising the then difficult issue of interracial marriage in Show Boat while writing with Jerome Kern, fifteen years before Oklahoma). But it is the personal stories of the characters in those contexts which make them truly great musicals. Similarly, Li and Yan have created a contemporary musical set against the challenging sociopolitical background of the LGBTQ struggle for acceptance by themselves as well as others, which is made personal and compelling by its well wrought characters and fine songs. Despite the lack of any heterosexual romance, I think if Dick and Oscar could see this show, they’d consider it to be a proud, contemporary continuation of their tradition of social activism in the musical theater.

But there is one scene and song in the show which really caught my attention. At one point in the story, Carly has joined Adrian and Dash on their road trip, and they are sharing a hotel room. Dash is increasingly conflicted because now, as a man, he finds himself falling in love with his friend, Adrian, who is a lesbian and not attracted to him, although she might have been attracted to “her” before. So now, Adrian is sleeping with Carly only a few feet from him, and Dash can’t sleep at all.  The song, “Those Hands,” is driven by the rhythmic panting of Carly and Adrian as they make love nearby. He sings in response, as he masturbates to their experience, trying to be a part of it.  At one point in the song, he references his clitoris, and then, in another verse, his penis.  (Yes, this show is not for the sexually faint at heart).

Acceptance of our differences is in the air on Broadway, with The Band’s Visittaking home the lion’s share of Tony Awards this year. But as I sat there processing all this, which could not have seemed more real, more honest, or more natural, I couldn’t help but think, while certain things about great musicals will always stay the same, that it’s not your grandfather’s musical theater anymore.