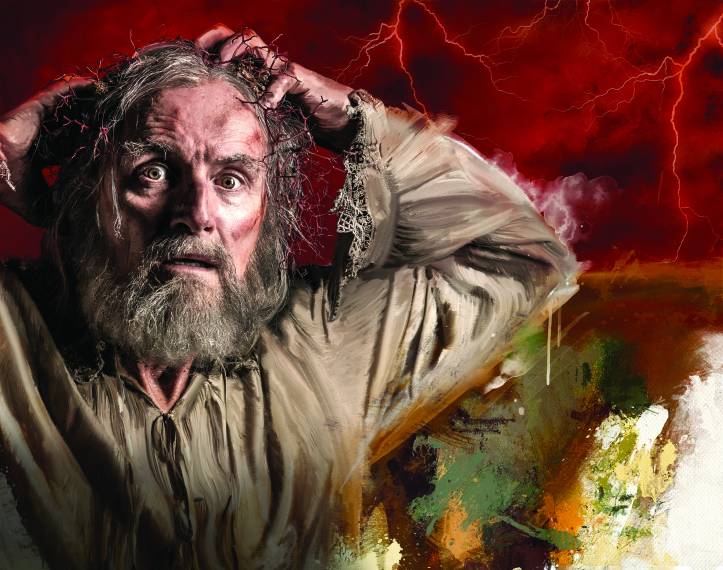 One of the things I was truly looking forward to this coming summer was visiting the Stratford Festival and seeing many of their shows to savor and write about. This was going to be the first summer where I would be spending time in Ontario, and this festival was one of the bonuses coming from that decision. Sadly though, I won’t get to participate in their press nights as I had hoped for, which is truly a shame. But to make the loss feel less heartbreaking, the Stratford Festival has luckily decided to launch a film festival during this distressing period of social isolation, offering streaming of 12 Shakespeare productions for free. Captured as part of its Stratford Festival On Film series, this will be the first time the full-length versions of these productions have been available for free, and I what a joy this gift is.

Launching on Shakespeare’s birthday, April 23, the Stratford Festival On Film will first offer King Lear, directed by Artistic Director Antoni Cimolino featuring Colm Feore in the title role. As this is one of my favorite Shakespeare plays, I know that I will be there, glued to my screen and savoring every bit of Stratford‘s excellence as I can digest. What an exciting way to begin.

“At difficult times such as we’re experiencing now, it can be helpful to re-examine the great works of literature,” says Cimolino. “Much has been made recently of the suggestion that when Shakespeare wrote King Lear, in 1606, he was in quarantine because of the plague. In looking at the play, we see that it documents not only the breakdown of an old king and the destruction of two families but also the disruption of an entire country. It seems almost prophetic.”

The roll-out of the films has been scheduled around four themes that seem pertinent at this time of pandemic and might spark further thought or conversation amongst viewers: Social Order, Isolation, Minds Pushed to the Edge, and Relationships.

Each film will debut with a 7 p.m. viewing party and remain available for free for a three-week period on the Stratford Festival website as follows:

Minds Pushed to the Edge

Antony and Cleopatra: June 25 to July 16

Stratford Festival On Film was launched by Cimolino and Executive Director Anita Gaffney in 2014 as an initiative to capture all of Shakespeare’s plays on film. They will screen across Canada, the U.S. and internationally and air on CBC before being released for download and on DVD.

Each film is captured live with a full audience at the Stratford Festival during a single performance. Additional “pick-up” shots of key performance elements are captured on stage immediately following the performance, again with an audience present.

The films have received four Canadian Screen Awards and 16 nominations, including Best Performing Arts Program for the debut film of the series, King Lear. And I personally can’t wait to take this in on one of the many nights of self-isolation that lays ahead of me. Thank you Stratford!

The Stratford Festival On Film productions are produced by Barry Avrich through Melbar Entertainment Group.

Stratford Festival On Film is sponsored by Sun Life as part of their Making the Arts More Accessible™ program.