Streaming New York Philharmonic’s Superb Carousel Not in Maine or Budapest, But On the Shores of Lake Simcoe 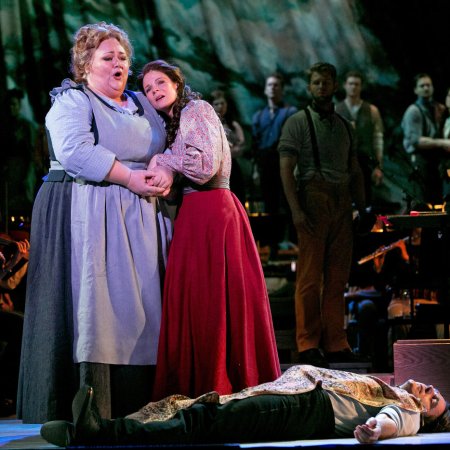 Streaming New York Philharmonic’s Superb Carousel Not in Maine or Budapest, But On the Shores of Lake Simcoe

It was a rainy hot Sunday up here north of Toronto where I am spending my summer streaming and writing, working and playing by the shores of Lake Simcoe. It’s lovely and fresh, not exactly the same locale that they had in mind when those two iconic magicians of musical theater wrote what is said to be Rodgers’ favorite musical that he crafted with Hammerstein. That’s quite the statement, as that list holds such iconic shows, such as Oklahoma!, South Pacific, The King and I, and The Sound of Music. Carousel, no doubt,is by far one of the most gorgeously haunting of their works, tackling difficult and complex issues, such as love, suicide, mortality, and the most debated one, domestic abuse. Some say that one line is worth canceling the whole clam bake, and I can’t say I blame them, as that “slap was like a kiss” idea always stings so hard, especially for anyone who knows that feeling. But the musical, especially as presented by the New York Philharmonic for a five-performance run at Avery Fisher Hall, brings such life to that delicious score, that one has to pause in the quick response, like Billy should have done. Lucky for us, it remains as glorious in tone as one can imagine, streaming for us all to devour this weekend on the Lincoln Center YouTube channel. And giving us the moment to pause and examine the work as a whole, not just for one problematic part.

Directed with a clear-eyed vision by John Rando (Off-Broadway’s Jerry Springer – The Opera), under the impeccable musical direction of Rob Fisher (Broadway’s Chicago), Carousel delivers a whirlwind of beauty and magistry, unveiling the epicness of its complex structure and insane beauty of its musical expertise. I saw it for the first time in the spring of 2018 with Jesse Mueller and Josh Henry in the starring roles, and its lusciousness of wall-to-ceiling sound captivated my heart. It was a solid lesson in the intricate structure of this complicated tale, and it was there in that revival that I was introduced to the most famous and controversial piece of dialogue, one that hangs over any modern revival of this classic musical tale quite heavily. It is when the young daughter, Louise tells her mother that the blow she just received for not accepting a star from the unbeknownst spirit of her dead father, Billy, miraculously didn’t hurt at all, but felt like a kiss, not a slap. And the mother tells her own daughter that this is, in all honesty – as she reminisces her dead husband Billy, something that could quite possibly be true. A problematic line, no matter how many times you insist that it happened only once. It’s only in this tight construct where problems tend to arise for the artists, the director, and for modern audiences to take in and act out without wincing.

Carousel was adapted by this legendary musical team from Ferenc Molnár’s 1909 play Liliom, which chronicled a dismissed carnival barker who hits his wife, just the one time, attempts a robbery and commits suicide; a seemingly unlikely central character for a typical musical. Oscar Hammerstein II decided that he had to use the words and story to make the audience sympathize with the lovers, removing it from its Budapest setting to the Maine coastline, and change the ending of this tale into a story about trying to right a wrong and looking for redemption. Richard Rodgers wrote, explaining his rationale for the changed ending:

Liliom was a tragedy about a man who cannot learn to live with other people. The way Molnár wrote it, the man ends up hitting his daughter and then having to go back to purgatory, leaving his daughter helpless and hopeless. We couldn’t accept that. The way we ended Carousel it may still be a tragedy but it’s a hopeful one because in the final scene it is clear that the child has at last learned how to express herself and communicate with others.

This PBS production, which is a semi-staged revival with the full Philharmonic on display with the actors running through and around the musicians, stays true to the classic musical retelling.  The story revolves around Billy Bigelow, the carousel barker, played most dynamically by operatic baritone Nathan Gunn (Santa Fe Opera’s Cold Mountain), whose initial attraction blossoms into a full-scale romance with millworker Julie Jordan, beautifully voiced by the Tony-winning musical theater star Kelli O’Hara (Broadway’s Kiss Me, Kate),. That love and attraction causes them both to lose their jobs within minutes of meeting. And even with the trouble now heaped at their feet, they sing the most glorious of songs, “If I Loved You” to one other, illuminating everything that will drive the two forward into the dark night, filling our hearts with the gloriousness of sound and harmony.

O’Hara is as perfect as one could hope for in this classic tale, playing the pensive young woman who falls for the brooding young man. We all know he is trouble from the get-go, but her voice grabs hold of the soaring melodies, showcasing her vocal abilities gloriously, while also finding subtlety and grace in her quieter moments. Her choice to stay causes the two to lose their incomes, sacrificing more than they could possibly imagine when they first locked eyes on one another on the carousel. But when the unemployed Billy panicks after hearing the news that Julie is pregnant, he decides, most fool-heartedly, to follow through on a dangerous plan. That is when the darkness fully takes over, turning the love story into one about escapist death, moral recognition, and hopeful redemption.

Gunn also couldn’t be more perfect for the role. His voice is just plain rich and spectacular, but it’s in his masculine physical energy vibrating most fully within that impressive frame that fully reveals the underlying vulnerability that somehow exists within that easily provoked beast. Trapped in that downward spiral, he doesn’t do himself proud, nor does he understand the epic love he feels for Julie. He’s desperate and selfish, all at the same time, unable to manage and comprehend his ego and fire with the tenderness and love that also exists inside. Gunn finds it somewhere within and delivers it for us all to devour.

These two lead performers, along with a magnificently charming assist by as her best friend, the lucky-in-love Carrie Pipperidge, played to perfection by Jessie Mueller (Broadway’s Waitress, Carousel) find endless richness in their musical moments. Mueller, who ended up starring in the lead on Broadway in 2018, fits Carrie just as solidly as she filled out the lead role. She finds faithful clarity and humor within her character, staying true to the part, and the emotional authenticity of each and every moment. The mezzo-soprano Stephanie Blythe (One Sweet Morning at Avery Fisher Hall), as Nettie Fowler, Julie’s maternal older cousin, finds unmined glory in her You’ll Never Walk Alone as does the handsome Jason Danieley (Broadway’s The Visit) as Carrie’s beau, Enoch Snow, who does this music and the part proud. New York City Ballet principal dancer Tiler Peck (NYCB’s Swan Lake) also finds her way to fly up into the stars as the young teenage Louise in the second act’s beautiful ballet segment, gorgeously choreographed by Warren Carlyle (Broadway’s Kiss Me, Kate), and partnered with the dazzling Robert Fairchild (Ensemble for the Romantic Century‘s production of Mary Shelley’s Frankenstein). Together, they discover heartache and struggle inside the graceful moves and rhythms set forth. It’s breathtaking and lovely, while also piercing our hearts with truth.

Unlike the play that it is based, one more scene is added to the ending after the failed interaction between father and child, and it is at the graduation ceremony that Billy finds a way to whisper some meaningful words into her ear, lifting her up, and leading them all into a glorious reprise of “You’ll Never Walk Alone“. It’s a very different ending than the play, one that will have you filled with as much glory and joy as intended, thanking all those magnificent stars and the theatre-streaming gods up above that have gifted us this jewel delivered straight into our cosy living rooms on this hot summer’s day. 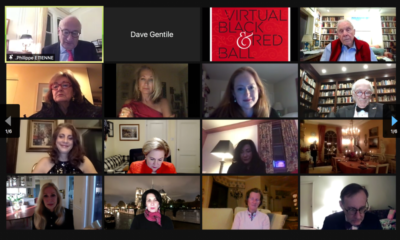 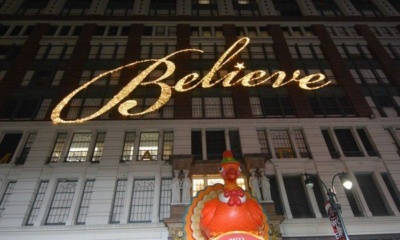 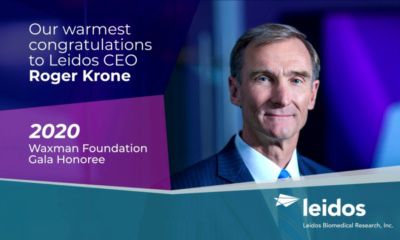