Streaming Sea Wall The Film for the Third Teary-Eyed Time 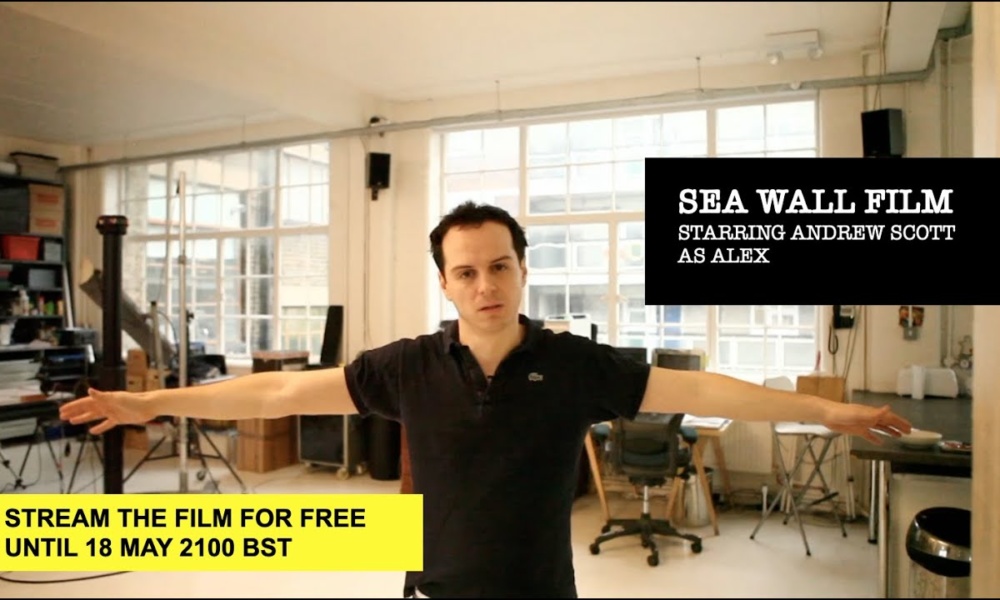 Streaming Sea Wall The Film for the Third Teary-Eyed Time

By RossHolding out his arms wide, he mimics a young eight-year-old girl’s plea. “Read me a story“, she says, as told to us by her father, and we totally understand the love in that demand, and how it is an order that can not be ignored for the pure innocent beauty of it all. I had seen this play before, at the Public and on Broadway with the magnificent Tom Sturridge (Broadway’s 1984, Orphans) playing Alex. It was magnificent, part of a double bill of fathers doing their duty. Together they broke my heart, telling us their stories with radiant pleasure and pain. And it seems like the perfect time to return to that text and engage with the complex quality of love and loss. The image Sea Wall paints of the klan sitting in the airport waiting to fly home at the almost end of this tender play will stay with you, even as it doesn’t offer it all up for consumption.

One thing remains unsaid, and in the unspoken, a connection is made.In this wondrous 2012 film, writer Simon Stephens (Heisenberg, On the Shore…, Wastwater) has delivered his piece solo, without Nick Payne and A Lifeattached to it at the end. Sea Wall was the one that left the biggest gash of heartbreak in my heart when I saw it on Broadway, and on film, it continues to tease out the tale with precision and expertise so magnificently, and on film, it felt new and utterly unique. This Sea Wall, which premiered in the Broken Space Season at Bush Theatre in 2008, stars the magnificently perfect Andrew Scott (“Fleabag“, 2nd season; BBC 1’s “Sherlock“) who finds unknown beauty in every word and gesture. As quoted from seawallandrewscott.com where you can stream the film free from May 11-18 (or on the SeaWallAndrewScott YouTube channel): “When you watch the film you are watching a single take (the third) with just two invisible cuts, made out of necessity because the camera we used can only record up to 12 minutes at a time. In the theatre, Sea Wall was performed in natural light and Andrew spoke directly to people in the audience. To recreate this closeness we decided Alex would share his story with the camera.” The two, Scott and Stephens, unpack the richness that crashes together against the unknowable strength of the ocean currents and deep dark Sea Wall. Scott dives in deep, swerving back and forth between the waves drowning us in the darkness of a father’s ocean of grief, anger, joy, and the utter hopefulness of humanity. And we find we can’t look away, even for an instant, as we reach for a tissue to whip away the tears.

The story, in the tender subtle hands of Scott jabs hard here on the film. Directed simply by Stephens and producer Andre Porter, with Director of Photography credited to Jack Dillon, Sea Wall dynamically explores that gaping jagged emotional hole that is born when life comes into existence and when it is taken away. Over that sharp edge held still by Scott, the best bits of a man experiencing life and death; as a son, a father, and a husband, are peppered with the strong waves of crashing metaphors and the simplest of gestures and tone. Scott engulfs us in his captivating telling, steeped in the twang of his voice. He parcels out his tale with tension and an edge for suspense, without losing the casual authenticity he masterfully creates. There is true beauty and pain in Stephens’ writing and, most especially, Scott’s intricate delivery. It’s born on the backside of all that is deemed of value to this simple man, and then gutted for us in Scott’s incoming tide of grief.  His sentences drop off leaving us dangling like a swimmer at the Sea Wall. It’s a truly mesmerizing performance, utterly similar but achingly different to Sturridge’s tender portrayal on the Broadway stage. At moments, I thought I was hearing different aspects of importance that ‘must-have’ not been in the version I saw, but I have a greater belief that it is in the delivery that locates surprises or the things that felt unheard before. He pulls us so completely towards his love and hurt as if a strong undertow has overtaken us. We roll onto our back and breath, surprised by the conclusion we already knew was coming our way, gasping for air, and battling the waves and our nerves to survive.Balancing on the cusp with a focused grace and a clear paternal devotion, the creation of life and the taking away of that same gift is so simplistically engaging and directed, even when Alex is at a complete loss for the right words to say. He gracefully jumps around to the backside of each emotional moment with a clarity of vision and heart with such authenticity that we can’t help be completely engaged. Scott and Stephens together, climb the hill to give us this breathtaking view of the complexities of humanity and fatherhood. It’s about being a man, without worrying about masculinity or heartbreak. The pleasure is, once again, pure and gratifying, especially once we struggle back to the surface and catch a much-needed breath of air.