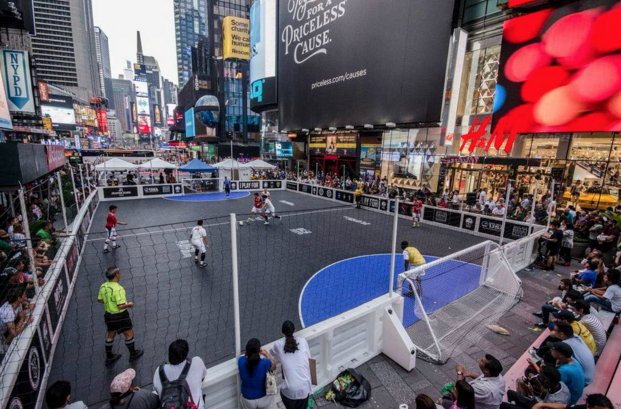 The centerpiece of the tournament is the Street Soccer USA Youth Showcase, which will feature teams from neighborhoods, including Red Hook, Sunset Park, East New York, and Flatbush in Brooklyn, Elmhurst, Queens, the South Bronx and Harlem, as well as Street Soccer USA’s programs for homeless youth and adults.

The Street Soccer USA NYC Cup is part of the three-city Cup Series that kicked off at the famed Rocky Steps at the Philadelphia Museum of Art on Memorial Day Weekend and will culminate on July 16th and 17th at Union Square in San Francisco.

Soccer fans and players of all levels and their families may register to play or join in walk-up opportunities and enjoy the music and fun.

Street Soccer USA builds the grassroots capacity of soccer in urban areas with the goal of transferring life skills and coordinating a social safety net in the community for its participants. The Street Soccer USA Cup Series underlines Street Soccer USA’s mission to extend the benefits of sports to all by building fields, providing coaching and training, as well as education and employment programs to underserved communities and homeless youth and adults.