String Theory – Choosing a Guitar Based On Your Playing Style 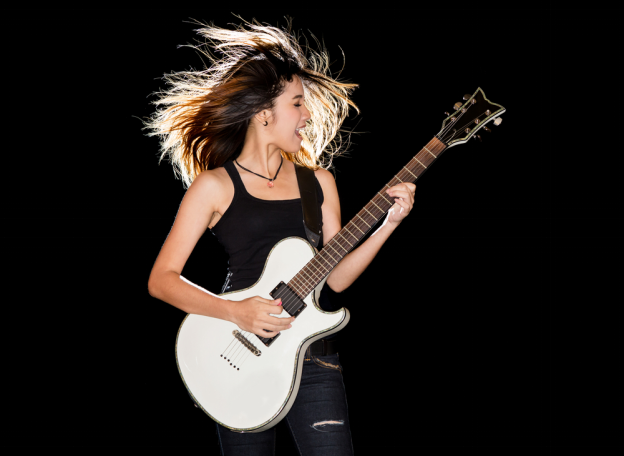 String Theory – Choosing a Guitar Based On Your Playing Style

In order to choose the “right” guitar, you need to have a basic understanding of what you are looking for. Style of play is tied very closely to the favoured genre a musician plays, but it extends further than that. This is a quick guide to help you match up the characteristics of a guitar, to those that are typified by your favoured favoured style of play.

How rough are you?

If you’re one of those players who like to attack the strings and makes gratuitous use of hammer-ons, or even aggressive slides up the neck, then you’re going to want an instrument that’s up to the punishment. The first thing to look at is your pick-guard, or “scratchplate”. Likely you’ll be using a pick most of the time, and you want to protect the body of the guitar as best you can.

Next look at your fretboard. A rosewood guitar, for example, is going to be much softer. It will take rough treatment, but only if it is cleaned, oiled and maintained regularly. Maple, another common wood for use in the fretboard, is a lot more durable and harder wearing, requiring less maintenance overall. If you have the extra cash to throw around, look at expensive hardwoods like ebony. It’s harder to machine in the shop, so ebony fretboards tend to be hand-laid, but it hardwearing and pairs well with most softer wood bodies.

It sounds like an odd one, but there is a definite satisfaction in pairing the right guitar with your voice. If you let the instrument do all the singing for you, that’s fine. But if you’re looking to be the next James Taylor, you’re going to want something that compliments your voice.

In actuality, this has very little to do with your vocal range and strength. If you have a mellow tone to your singing voice – think Lily Allen or Neil Young – then an ebony fretboard and a Southern Swamp Ash body (softwood) are simply going to be too percussive and drown out your singing. Look at softer wood necks and fretboards.

If you tend to belt out the tunes like a modern-day Etta James, Steve Tyler, or are prone to a call-and-response method of singing to/playing with your guitar (think Prince), then you need an instrument like the one mentioned above. One that’ll keep up.

How complicated is your fingerwork?

If you like your complicated chord progressions, lots of licks and fills, and pile on the scales in your solos, then pay close attention to the action of your guitar. The action refers to the amount of space between the strings and the frets. Most mass-produced guitars stick to a limited number of standards for this distance.

These are all really good things to consider, but it is by no means an exhaustive list. The most important thing to keep in mind is that, unless you’ve been playing for a long time, your style is going to be a mercurial thing. It may be worth getting a nice “middle ground” instrument; average action, not too warm, not too bright and, possibly most important, not too expensive. Once your unique style emerges, try out a few instruments and see which ones work for you, work out why, and then make your decision. You don’t need to be the best before you do, but you do need to give yourself the chance to at least learn what you don’t want.