Strings Attached or Maybe Not Strings Attached or Maybe Not

Carol Buggé’s Strings Attached, which opened on Theatre Row last night is more confusing than enlightening. It is also way to talky and feels way too long. It seems like the play is talking at you, instead of drawing you in. The actors are all doing the best they can, but they are undermined by the direction of Alexa Kelly, who adds business that makes this show feel unending. The play is based loosely on a real train ride in 1999, in which three scientists boarded a train from Cambridge to London to attend a performance of Michael Frayn’s new play, Copenhagen. En route, they discovered a theory of the Big Bang or at least so they say. 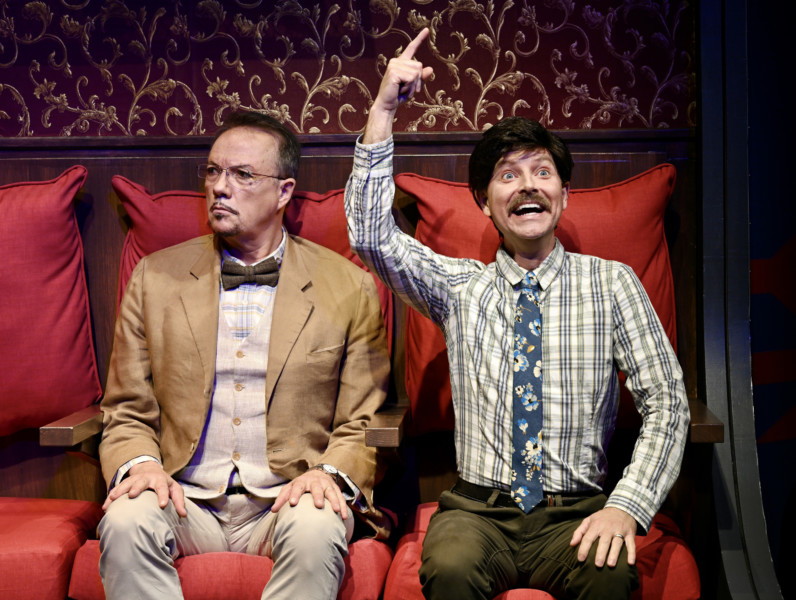 Headed from Cambridge to London, cosmologist June (Robyne Parrish), and her husband cosmologist George (Paul Schoeffler) and  particle physicist Rory (Brian Richardson) share much more than a train compartment. During the ride memories, secrets and theories are revealed. Suddenly Isaac Newton (Jonathan Hadley), Marie Curie (Bonnie Black), and Max Planck (Russell Saylor) visit the trio. As does a bizarre Ukrainian couple and over the top American couple (played again by Black and Saylor). How and why are never really explained. All hold some kind of magical power that allows them to make the trio rise and fall at the command of their hands. The blend of space and time are blurred and so are our minds. 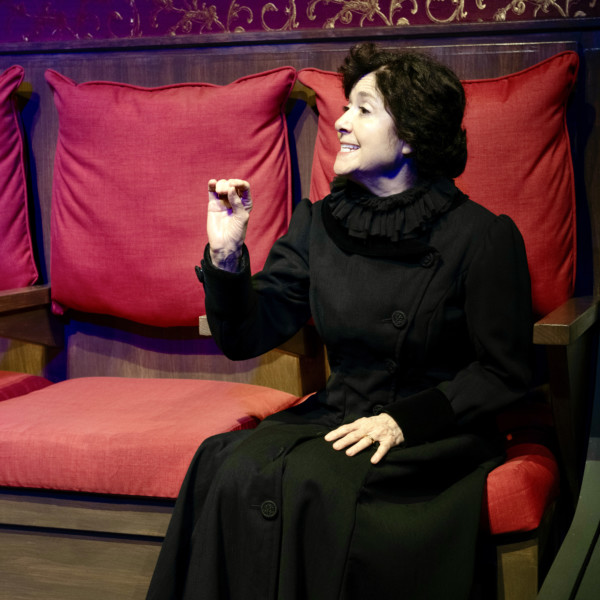 Even odder, is after the intermission who June is married to and who she is having an affaire with change. Again with no explanation, unless that brief conversation about parallel universes was the clue. 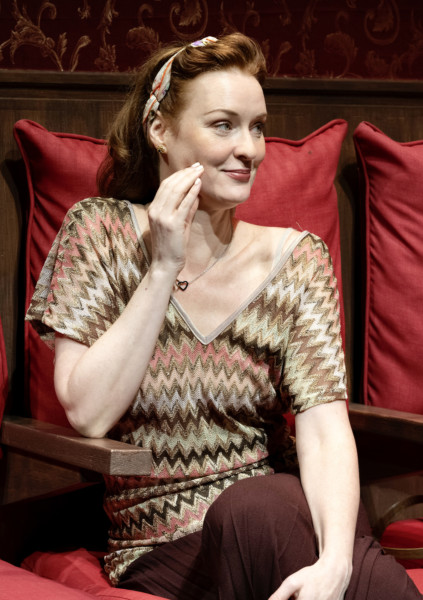 Complex scientific concepts are thrown at us like common verbiage and instead of being intrigues (I love science) I was turned off.

In another universe these actors would be given a better play and director.