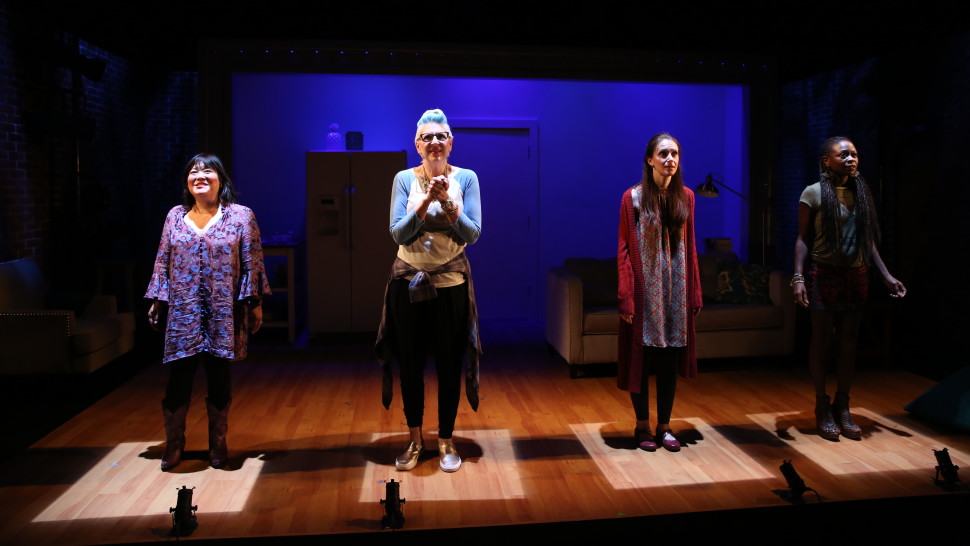 Stuffed or All Our Hang Ups About Food

Stuffed or All Our Hang Ups About Food 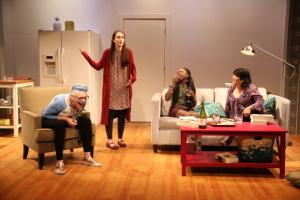 Having never seen comedian Lisa Lampanelli perform, at times I felt like I was missing the insider joke in her new play Stuffed. This is Lampanelli’s debut both as a playwright and actress and in a strange way it shows. Stuffed is about our relationships with food and the body images that plague us. From the perspective of four very different women, we combat four very different problems. Lampanelli has lost over 100 pounds after having gastric sleeve surgery. Stacey (Ana Harada, Avenue Q), is happy with who she is, fat or not. She has no shame about her body. Katey (Zainab Jah, Eclipsed), can not gain weight and suffers from reverse discrimination, including her mother. Britney (Jessica Luck), is an anorexic turned bulimic who purges and is dependent on laxatives. 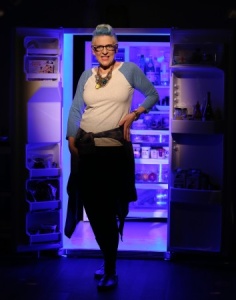 The four talk about their relationship with food. We hear all about their love of it, their hate of their bodies and how they got that way. Along the way the diets that failed, food disorders of all kinds, guilty pleasure, blue jeans vs black leggings, the struggle of the beloved holiday delights, the gym, boyfriends who you try to please and how everything will be perfect if you just achieve the weight. Every now and the Lampanelli, steps out of the scene delivering a comedic monologue which are highly funny, but oddly staged. A lot of the time I felt as if I was in a AA room for overeaters anonymous. 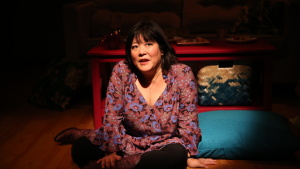 My favorite moments in the show were when the characters got real. Lampanelli, talks about being humiliated at a comedy club by a heckler shouting, “Bring back the fat chick!” and her relationship with a 400-pound man who died of diabetes. Harda finally breaks the I love myself mode, to say how her mother was beyond upset when other parents ridiculed her at a PTA meeting. Brittney’s boyfriend was abusive and in the most heartfelt moment Zainab Jah talks about how her mother could not love her because she could eat. 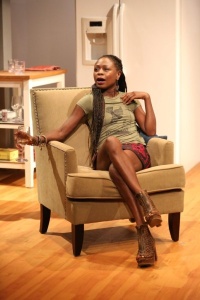 Each girl is talented but it was Zainab Jah who made us watch her and follow the journey.

Jackson Gay’s direction is part of the reason this show seems disconnected. He breaks the girls into lines and brings Lampanelli out of the moments to do her shtick, but it does her a disservice.

Stuffed, is hilarious with soul and has a built in audience. I can see this touring the country like the new Menopause the Musical.