Sum Up 2019: The List of Best Online Free Games 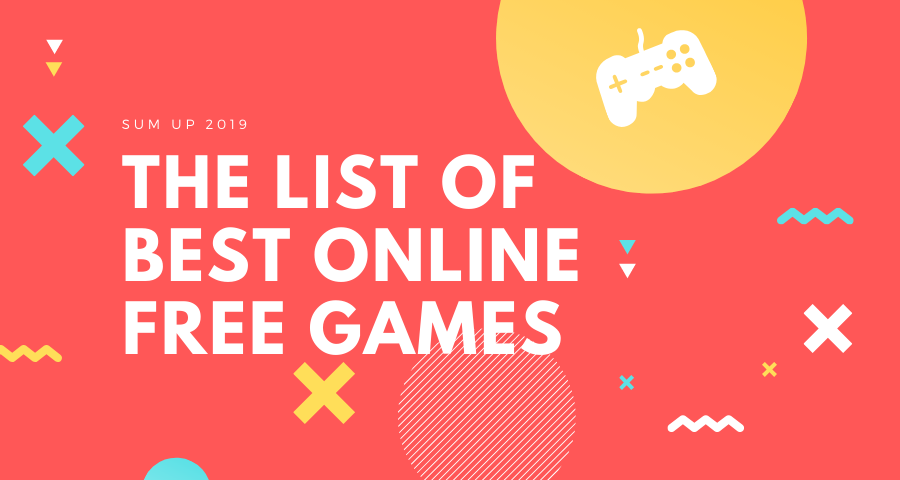 Sum Up 2019: The List of Best Online Free Games

Video gaming is one of the most popular and lucrative entertainment industries on the planet, almost competing with the value of Hollywood and mainstream western filmmaking. However, over the past few decades, the prices of video games have risen. For this reason, players have turned more towards free video games or even started playing free online slots.

Not everyone can afford to spend over 50 dollars on the newest installment in the Call of Duty, Madden, and FIFA franchises every year. Therefore, free-to-play alternatives have shot into prominence over the past ten years. Accessible games are vital as they not only provide a substitute for those in low-income situations but also gives people the chance to try new games from genres they usually would not bother with, at no personal cost.

So, join us as we take a look at some of the best free-to-play online games in 2019, some of which you may have heard of already, but others we implore you to give a go!

When the topic of free online video games is mentioned, there is one obvious juggernaut that comes to mind due to the international sensation it has become, as well as a hot topic among concerned parents: Fortnite. There are some other giants in this category of game, with Smite, Dota 2, League of Legends, Apex Legends, and Team Fortress 2 all attracting substantial player bases, even out-competing many of their pay-to-play competitors.

Something we can take from the number of high-quality free-to-play games on the market is that they can be a lot of fun. A lot of these will include in-game micro-transactions that can be used to purchase cosmetics or loot boxes, but rarely will purchase be necessary to play the game; developers well aware of the community backlash that can target predatory microtransactions.

If you are interested in being plunged straight into the heart of the second world war, War Thunder could be the option for you. War Thunder is a flight simulator with a combat-orientated twist. Online play means that you can participate in giant 32-plane dogfights in the skies, but there are also missions available for those looking for a linear experience. War Thunder is free-to-play, but if you do not mind spending a bit of cash, you can snag some sweet new vehicles and designs to flex on your friends!

Set in the universe of the popular MMORPG World of Warcraft, Hearthstone is an easy-to-learn but hard-to-master card game in which players collect various cards, build the very best deck they can and compete with one another in 1v1 matches. For fans of classic TCGs like Yu-Gi-Oh and Magic the Gathering, or even those newer players who have tried games such as The Elder Scrolls: Legends or Gwent, Hearthstone is perfect. Better yet, developers Blizzard have recently added a ‘Battlegrounds’ mode to the game, a new twist on the old formula where eight players face off to see who the last one standing is.

Firelight is an online slot game by Aristocrat, one of the most popular slot providers on the market. The mystical and magical theme of Firelight makes it a popular choice, as you are thrown into a pre-civilization world of magic and sorcery. Firelight is slots without downloading and without having to play for real money. Demo versions of the game allow you to get a feel for the game, or perhaps also spend a full session playing a slot game without depositing your hard-earned cash.

Initially designed for Sony’s PlayStation 4 before eventually being ported to PC, Let It Die is an online, roguelike hash and slash in which your goal is to climb to the top of the Tower of Barbs. ‘Let it Die’ can be best described as a free-to-play and somewhat hallucinogenic take on the popular Dark Souls series of games. Let it Die’s somewhat clunky combat and control system, and it is still a fantastic game to pick up at no cost of your own!

Spinomenal’s Demi Gods III is the third slot game in the series and is one of the most high-quality online slots out there. Taking inspiration from Norse Mythology, Demi Gods III is packed with extremely high-quality graphics and an orchestral score that would easily be mistaken for the soundtrack to a big-budget blockbuster or video game. Like with Firelight, Demi Gods III can be played for fake money and offers an excellent experience for those who take more enjoyment from the playing of the game itself than the potential money at stake. Packed with plenty of bonus features, Demi Gods III is a fantastic free-to-play slot game for new and old players alike.