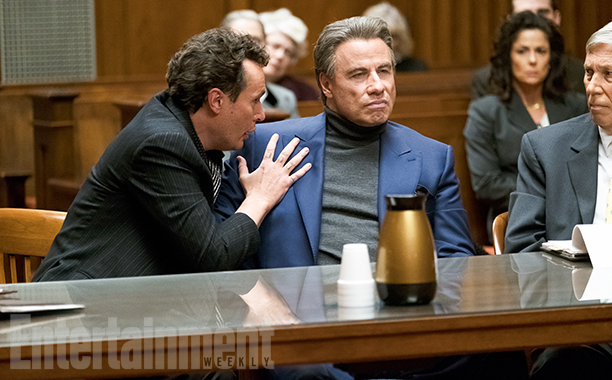 There doesn’t look to be a major blockbuster this summer except for the season opener. 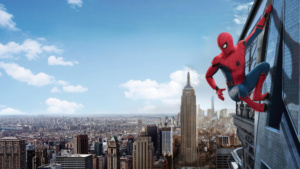 7/7: Spider-Man: Homecoming: A young Peter Parker/Spider-Man (Tom Holland), who made his sensational debut in Captain America: Civil War, begins to navigate his newfound identity as the web-slinging super hero in Spider-Man: Homecoming. Thrilled by his experience with the Avengers, Peter returns home, where he lives with his Aunt May (Marisa Tomei), under the watchful eye of his new mentor Tony Stark (Robert Downey, Jr.). Peter tries to fall back into his normal daily routine – distracted by thoughts of proving himself to be more than just your friendly neighborhood Spider-Man – but when the Vulture (Michael Keaton) emerges as a new villain, everything that Peter holds most important will be threatened.

A Ghost Story follows a recently deceased young man (Casey Affleck) who returns to his former home as a benevolent spectral presence repeatedly trying to connect with his beloved wife (Rooney Mara), and over time, others who pass through the house. As time unfolds, he arrives at an increasingly deep understanding of love, loss, his place in the world, and the world beyond. 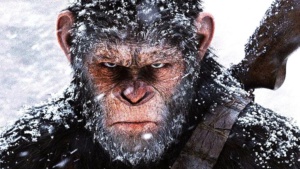 7/14 War for the Planet of the Apes: This is the third chapter of the critically acclaimed blockbuster franchise, Caesar and his apes are forced into a deadly conflict with an army of humans led by a ruthless Colonel. After the apes suffer unimaginable losses, Caesar wrestles with his darker instincts and begins his own mythic quest to avenge his kind. As the journey finally brings them face to face, Caesar and the Colonel are pitted against each other in an epic battle that will determine the fate of both their species and the future of the planet.

7/21 Dunkirk stars Kenneth Branagh, Mark Rylance, Tom Hardy and Harry Styles. Miraculous evacuation of Allied soldiers from Belgium, Britain and France, who were cut off and surrounded by the German army from the beaches and harbor of Dunkirk, France, between May 27- June 04, 1940, during Battle of France in Word War II.

Valerian and the City of a Thousand Planets. Valerian (Dane DeHaan) and Laureline (Cara Delevingne) are special operatives for the government of the human territories charged with maintaining order throughout the universe. Under directive from their Commander (Clive Owen), Valerian and Laureline embark on a mission to the breathtaking intergalactic city of Alpha, an ever-expanding metropolis comprised of thousands of different species from all four corners of the universe. Alpha’s seventeen million inhabitants have converged over time- uniting their talents, technology and resources for the betterment of all. Unfortunately, not everyone on Alpha shares in these same objectives; in fact, unseen forces are at work, placing our race in great danger.

Landline: When two sisters suspect their father (John Turturro) may be having an affair, it sends them into a tailspin that reveals cracks in the family façade. For the first time, older sister Dana (Jenny Slate), recently engaged and struggling with her own fidelity, finds herself bonding with her wild teenage sister Ali (Abby Quinn). The two try to uncover the truth without tipping off their mother (Edie Falco) and discover the messy reality of love and sex in the process.

7/28:Atomic Blonde: The crown jewel of Her Majesty’s Secret Intelligence Service, Agent Lorraine Broughton (Charlize Theron) is equal parts spycraft, sensuality and savagery, willing to deploy any of her skills to stay alive on her impossible mission. Sent alone into Berlin to deliver a priceless dossier out of the destabilized city, she partners with embedded station chief David Percival (James McAvoy) to navigate her way through the deadliest game of spies.

An Inconvenient Sequel: Truth to Power: A decade after An Inconvenient Truth brought the climate crisis into the heart of popular culture, comes the riveting and rousing follow-up that shows just how close we are to a real energy revolution. Former Vice President Al Gore continues his tireless fight, traveling around the world training an army of climate champions and influencing international climate policy.

Brigsby Bear centers on the creator of a children’s TV show who must deal with the program’s cancellation. Starring Claire Danes, mark Hamill and Greg Kinnear. 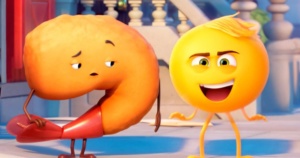 The Emoji Movie unlocks the never-before-seen secret world inside your smartphone. T.J. Miller, plays an exuberant emoji who was born without a filter . His best friend Hi-5 (James Corden) and the notorious code breaker emoji Jailbreak (Ilana Glazer). Together, they embark on an epic “app-venture” through the apps on the phone.

8/4: Detroit. The story is set against the backdrop of Detroit’s devastating riots that took place over five summer days in 1967.

The Dark Tower has Matthew McConaughey as the man in black. Gunslinger Roland Deschain roams an Old West-like landscape in search of the dark tower, in the hopes that reaching it will preserve his dying world.

Wind River: Follows a rookie FBI agent (Elizabeth Olsen) who teams up with a local game tracker with deep community ties and a haunted past (Jeremy Renner) to investigate the murder of a local girl on a remote Native American Reservation in the hopes of solving her mysterious death.

8/11 Annabelle: Creation. In Annabelle 2, several years after the tragic death of their little girl, a dollmaker and his wife welcome a nun and several girls from a shuttered orphanage into their home, soon becoming the target of the dollmaker’s possessed creation, Annabelle.

Trip to Spain: Steve Coogan and Rob Brydon embark on another culinary road trip in Spain. Over plates of pintxos and paella, the pair exchange barbs and celebrity impressions, as well as more serious reflections on what it means to settle into middle age.

The Only Living Boy in New York: Thomas Webb (Callum Turner), is trying to find his place in the world.W.F. (Jeff Bridges), is a shambling alcoholic writer to shift when he discovers that his long-married father (Pierce Brosnan) is having an affair with a seductive young woman (Kate Beckinsale). Determined to break up the relationship, Thomas ends up sleeping with his father’s mistress.

8/18 The Hitman’s Bodyguard: An action comedy about the world’s top protection agent (Ryan Reynolds) and his new client: a notorious hitman (Samuel L. Jackson). They’ve been on opposite ends of a bullet for years. They hate each other. Now they’re stuck together. The only thing standing in their way is everything a murderous Eastern European dictator (Gary Oldman) can throw at them.

8/21 Starship Troopers: Johnny Rico has just been demoted and sent to a small satellite station on Mars whilst the Federation attacks the bugs’ home planet. While trying to train his new recruits on this remote quiet station, the bugs show up in a surprise attack but the Federation’s Fleet is too far away to help. It’s up to Rico and his Troopers to save the planet and uncover how the bugs made it so close to home.

8/25 The Life and Death of John Gotti: John Travolta (Academy Award Nominee) stars as the legendary mobster John Gotti who was head of the largest and most powerful crime organization in North America, the Gambino Family. His flamboyant style, charm and ruthless personae made him the most famous mobster in the 20th Century. The story, told through the eyes of his eldest son John Gotti, Jr. delves into the past and explores Gotti’s epic rise and fall in the mob. He earned the name “Teflon Don” by the media whom he did not shy away from, due to the FBI’s numerous unsuccessful attempts to convict Gotti. At the end, he was sentenced to life in prison, and a young 24 year old Gotti Jr. becomes the acting Boss of the Family. Gotti Jr. is also investigated and arrested in his own connections to crime by the FBI. Gotti Jr. ultimately rejects the legacy he was born into, and walks away a “civilian”.

All Saints Faith: Inspired by the true story of salesman-turned-pastor Michael Spurlock (John Corbett), the tiny church he was ordered to shut down, and a group of refugees from Southeast Asia. Together, they risked everything to plant seeds for a future that might just save them all.

Birth of the Dragon: Tells the story behind the legendary 1960s fight between Shaolin Master Wong Jack Man and the young Bruce Lee. Billy Magnussen stars.

Tulip Fever: In 17th Century Amsterdam, an orphaned girl (Alicia Vikander) is forcibly married to a rich and powerful merchant (Christoph Waltz) – an unhappy “arrangement” that saves her from poverty. After her husband commissions a portrait, she begins a passionate affair with the painter (Dane DeHaan), a struggling young artist. Seeking to escape the merchant’s ever-reaching grasp, the lovers risk everything and enter the frenzied tulip bulb market, with the hope that the right bulb will make a fortune and buy their freedom. Also starring Judi Dench and Matthew Morrison.

Polina: Trained from an early age by rigorous, perfectionist Professor Bojinski, Polina is a promising classic dancer. She is just about to join the prestigious Bolchoï Ballet when she discovers contemporary dance. That throws everything into question on a profound level.

8/ 29 The Queen of Spain. Penelope Cruz stars as the famous movie star Macarena Granada, who flees the glitz and glamour of 1950s Hollywood to return to her roots in Spain where she has signed on to star in an epic film as Queen Isabella of Spain.

8/ 30 Leap! 11-year-old orphan, Félicie (Elle Fanning) has one dream – to go to Paris and become a dancer. Her best friend Victor (Nat Wolff) an imaginative, but exhausting boy with a passion for creating has a dream of his own, to become a famous inventor. In a leap of faith, Victor and Félicie leave their orphanage in pursuit of their passions. But – there’s a catch, Félicie must pretend to be the child of a wealthy family in order to gain admittance to the prestigious and competitive Opera Ballet School in Paris. And with no professional dance training, she quickly learns that talent alone is not enough to overcome the ruthless, conniving attitudes of her fellow classmates, led by the devious Camille Le Haut (Maddie Ziegler). Determined to succeed, Félicie finds her mentor in the tough and mysterious school custodian, Odette (Carly Rae Jepsen) who, along with Victor’s encouraging friendship, help her reach for the stars.

Hot Times, Summer in the City: Your List of Events For July and August
Samantha Barks, a Disney Princess Who Sings Like a Vocally an Old Soul