Summer Movies To Look Forward To 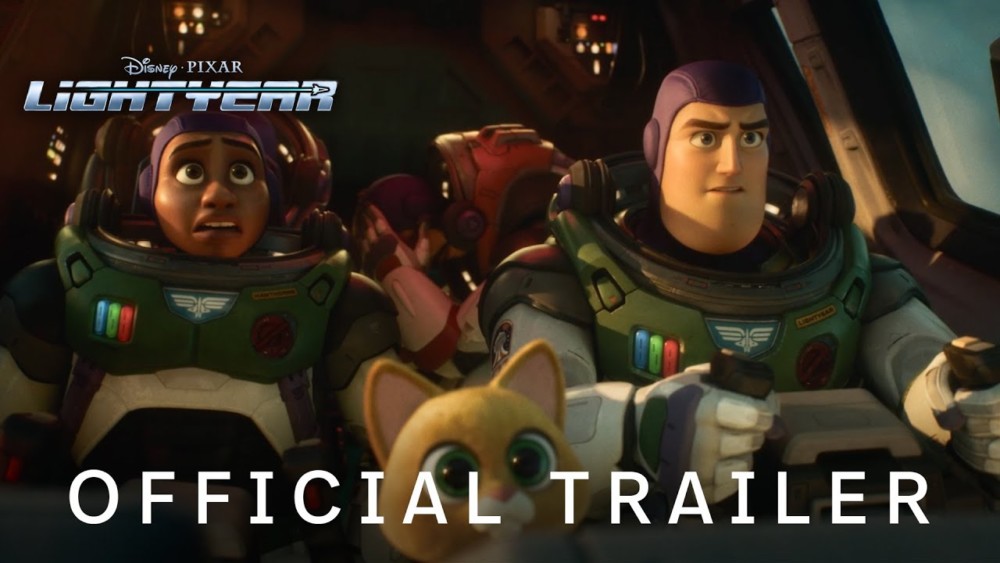 Summer Movies To Look Forward To

The summer season is here and Jurassic World Dominion is dominating. Next up is Lightyear – June 17th. This film within a film is from the Toy Story franchise.

Lightyear follow the legendary space ranger after he is marooned on a hostile planet 4.2 million light-years from Earth alongside his commander and their crew. As Buzz tries to find a way back home through space and time, he is joined by a group of ambitious recruits and his charming robot companion cat, Sox. Complicating matters and threatening the mission is the arrival of Zurg, an imposing presence with an army of ruthless robots and a mysterious agenda.

on June 24th look for The Black Phone. Director Scott Derrickson gave up directorial duties on Doctor Strange in the Multiverse of Madness in order to make the film.

Finney Shaw, is aa shy but clever 13-year-old boy, who is abducted by a sadistic killer The Grabber (Ethan Hawke). Trapped in a soundproof basement screaming is of little use. When a disconnected phone on the wall begins to ring, Finney discovers hears the voices of previous victims. They are dead set on making sure  what happened to them doesn’t happen to Finney.

Baz Luhrmann’s Elvis hits theatre June 24th. Part biographic, part drama and lots of music from the early days as a child right through to becoming a rock and roll star. Austin Butler takes on the iconic role and stars alongside Tom Hanks, who plays the role of Colonel Tom Parker.

On July1, the Minions franchise continues with an untold story of one twelve-year-old’s dream to become the world’s greatest supervillain. Set in the 1970s, The Rise of Gru follows a young Gru as he hatches a plan with his loyal Minions to join a supervillain supergroup known as the Vicious 6. Steve Carrell returns at the voice of Gru alongside an impressive voice cast that includes Jean Claude Van Damme, Michelle Yeoh, Dolph Lundgren, Danny Trejo, and Russell Brand.

July 8th, sees the fourth installment of the Thor franchise welcome back Chris Hemsworth. Christian Bale debuts as Gorr The God Butcher – a galactic killer who seeks the extinction of the gods. Natalie Portman returns as Jane Foster alongside Tessa Thompson, Taika Waititi, and Russell Crowe. As Thor is enjoying retirement and putting in a lot of workout time, a new threat emerges that promises to test the loveable hero to his limits. To combat the threat, Thor enlists the help of King Valkyrie, Korg, and ex-girlfriend Jane Foster, who – to Thor’s surprise – inexplicably wields his magical hammer, Mjolnir, as the Mighty Thor.

Jordan Peele makes his long-awaited return to the horror genre with this latest entry Nope opening July 22nd. His previous entries Get Out and Us established Peele, so expectations will be high. The film is described as a reimagining of a summer movie with a new pop nightmare. Daniel Kaluuya stars alongside Keke Palmer and The Walking Dead’s Steven Yeun.

The world of superheroes continues to expand with a new breed of heroes stepping up to save the world in DC League of Super Pets opening July 29th. Voice artists Dwayne The Rock Johnson, Kevin Hart, Diego Luna, John Krasinski, and Keanu Reeves star. After Superman and the rest of the Justice League are kidnapped, Krypto the Super-Dog must convince a rag-tag shelter pack – Ace the hound, PB the potbellied pig, Merton the turtle, and Chip the squirrel – to master their own newfound powers and help him rescue the Superheroes.

From the director of Deadpool 2, David Leitch on August 5th Bullet Train sees Brad Pitt star as Ladybug, an unlucky assassin determined to do his job peacefully after one too many gigs gone off the rails. Fate, however, may have other plans, as Ladybug’s latest mission puts him on a collision course with lethal adversaries from around the globe – all with connected, yet conflicting, objectives – on the world’s fastest train. Sandra Bullock, Aaron Taylor Johnson, Karen Fukuhara and Michael Shannon lend their talent. From the director of Deadpool 2, David Leitch, the end of the line is only the beginning in a wild, non-stop thrill ride through modern-day Japan.

Also on August 5th A24,the production company behind hit horror releases like The Witch, Hereditary, and Midsommar, takes a stab into the slasher genre with Bodies Bodies Bodies. When a group of rich 20-somethings plan a hurricane party at a remote family mansion, a party game turns deadly. The film sees Amandla Stenberg star alongside Pete Davidson and Borat 2 breakout Maria Bakalova.

A big day for August 5th sees Rebecca Hall, fresh off her starring role in 2021’s The Night House,  returns to the horror/thriller genre in Resurrection. Margaret life is seemingly in order, until an abusive ex-boyfriend (Tim Roth) reappears in her life, carrying with him the horrors of Margaret’s past.

August 19th Idris Elba stars in Beast, a pulse-pounding new thriller, Elba plays Dr. Nate Daniels, a recently widowed husband who returns to South Africa, where he first met his wife, on a long-planned trip with their daughters to a game reserve managed by an old family friend and wildlife biologist. But what begins as a journey of healing jolts into a fearsome fight for survival when a lion, a survivor of blood-thirsty poachers who now sees all humans as the enemy, begins stalking them.