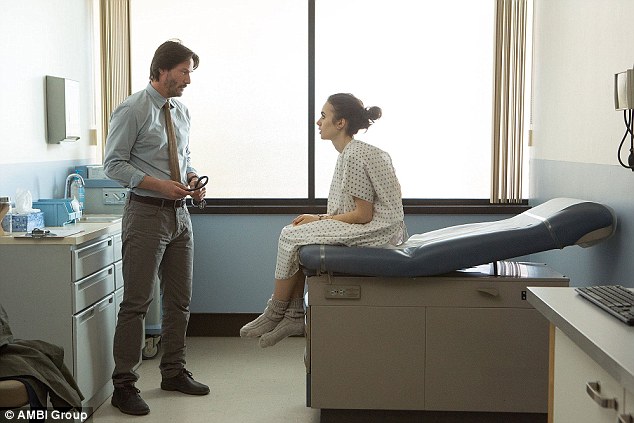 Sundance: To The Bone An Honest Look At Anorexia

Sundance: To The Bone An Honest Look At Anorexia 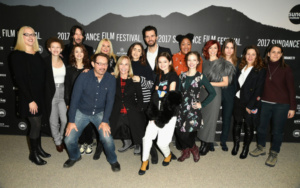 The cast and creative

Ellen (Lily Collins), looks like a walking skeleton is the opening to Marti Noxon’s To The Bone. Ellen has been through four different treatment centers for her eating disorder. The film depicts Ellen’s fifth and final in-patient experience. Here characters crack jokes about not wanting to visit the Holocaust Museum, lest they feel guilty for starving themselves. The film is inspired by Moxon’s own autobiographical experience (as a teen, she starved herself so severely that her heart stopped). There is almost a pitiless attitude that is ruthless as she unveils Ellen’s disorder.

To Ellen’s family she is dying before their eyes. This talented artist, doesn’t sketch much — not since an incident with her Tumblr feed had a disastrous impact on a fellow anorexic “rexie.” She’s got a clever take on the world, but hasn’t quite decided if she wants to stick around. Ellen is impassive, disengaged from life and suicidal in a slow motion kind of way. Everyone in her life is rooting for her recovery. Her step-mom (Carrie Preston), half-sister (Liana Liberato), her lesbian distant mom (Lili Taylor) are all there for her.

Her therapist Dr. William Beckham (Keanu Reeves), runs a Los Angeles-based group home called Threshold, where Ellen agrees to spend at least six weeks with a mix of other girls. Ellen doesn’t typically mix well with other eating-disorder patients, yet, here with others worse than her, she does. The patients are a pregnant woman at risk of losing her fetus, an overly emotionally girl, so critical she’s been intubated. Ellen ends up completely devastating her when she divulges that each feed sac has 1,500 calories. There is one male resident named Luke, an ex-Londoner whose dance career was cut short after he injured his knee. As Ellen bonds with her housemates and falls in love Luke, her character hits rock bottom. She does so at the Los Angeles County Museum of Art’s Rain Room. Sometimes at the bottom you can fell the most alive. 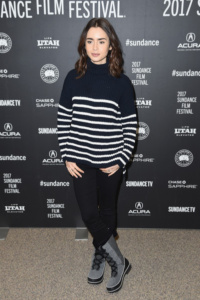 Collins has “star quality” and we root for this girl to make it. 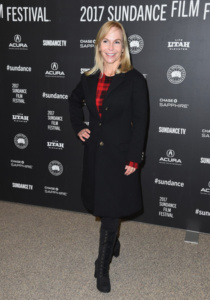 Moxon is an accomplished writer-producer on such shows as “Buffy the Vampire Slayer,” “UnREAL,” and “Girlfriends’ Guide to Divorce.” Ultimately, To the Bone works because Noxon has been there and is not afraid to show just how hard it is. Noxon has long since worked out these issues and now she’s paying it forward and she  just might save a few lives.