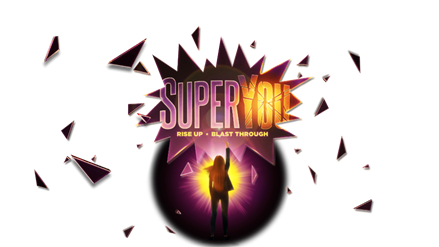 Broadway On Demand, the theater-focused streaming platform, is proud to present the online world premiere of the drive-in concert production of the new musical SuperYou by Lourds Lane, the journey of a woman who reconnects with her dreams when her superheroine creations come to life, during Women’s History Month, Friday, March 5 at 8:00 PM ET.

Prior to the online premiere Playbill.com will host a special virtual red-carpet event Friday, March 5 at 7:30 PM ET to celebrate the premiere of the film, featuring interviews with the cast and creative team sharing insight on how this unique live performance came together, how the film was made, and how SuperYou has pivoted and grown amid the pandemic.

An exclusive “Stage Door” after-party event with cast and creatives will also follow the premiere at 9:00 PM ET.

SuperYou was previously scheduled to open at the Daryl Roth Theatre in May, of 2020, but was forced to shut down due to the ongoing COVID-19 pandemic.  Exactly one month after the date the show was to open in NYC, SuperYou became the first theatrical show to safely perform live during the pandemic – giving a concert performance for two nights to a sold-out audience at a drive-in, in Amenia, NY in June of 2020.  To stay socially distant, the cast performed on the backs of five pick-up trucks.

The concert performance and the behind-the-scenes footage depicted in the hour -long movie, “SuperYou the Musical Drive-in Concert,” tells the heartwarming story of resilience, overcoming obstacles, and an unshakeable faith in one’s vision.  With over forty Broadway veterans coming together in belief of a singular mission, the movie is an inspiring reminder that now more than ever, the world needs a superhero. That superhero is you.

Lourds Lane’s instantly singable anthemic music in SuperYou is all about getting on the other side of adversity and finding inner strength — themes which are so relevant to our world right now.  For this reason, coupled with the unbelievable talent of the cast, SuperYou continues to gain fans and followers, even while theater is dark, with viral videos on TikTok and thousands of requests for sheet music and karaoke tracks.

“SuperYou” is led by brilliant, creative, and strong women in theater who support each other and lift each other up. Together, we created, reshaped, and innovated at a time during the pandemic when no other theater show was doing anything live. What better time to celebrate the magic of what we created than during Women’s History month?”, said Lourds.