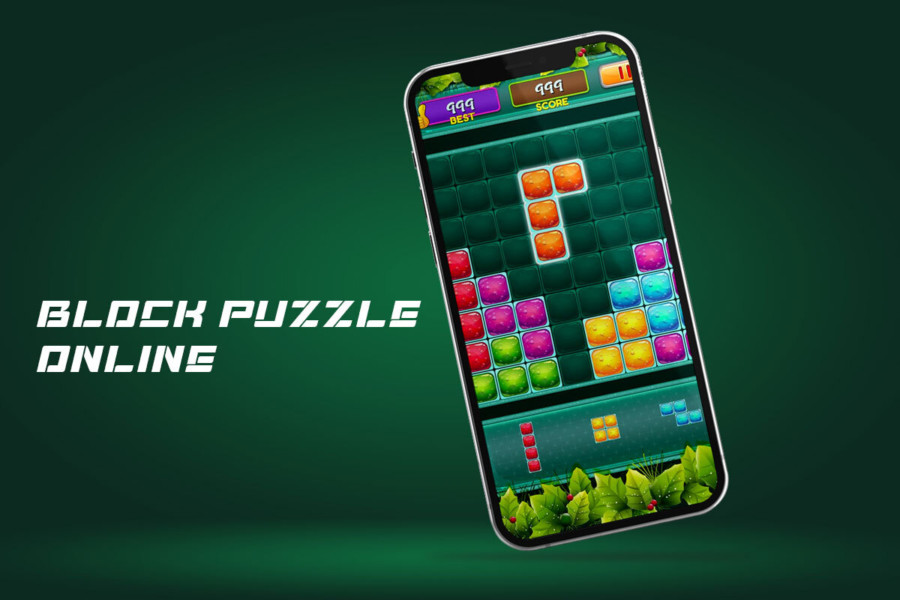 Love Tetris? You’ll surely fall for Block Puzzle because the game is modeled after your childhood love, Tetris. But, of course, there are visible differences between its gameplay and visual aesthetics. For example, Tetris is about placing the falling blocks on the game board and clearing the lines, so the top of the screen always has space for more blocks. However, the online and reimagined version of Tetris is Block Puzzle, and no blocks are falling from the sky. Instead, three blocks appear on the bottom of the game board, and players have to place all three on the playing board to get three more, and the game continues similarly. In addition, the blocks are differently shaped, and therefore, it takes a lot of tact and expertise to place them correctly and remain in the game for longer.

The game’s objective is straightforward. Place blocks on the game board to create horizontal or vertical lines and clear those lines. However, nothing in life comes easy, and the same applies to the game. Also, if the game were to be that easy, you’d quickly lose interest.

Therefore, the Block Puzzle game is challenging due to several reasons. For starters, the online version has a timer. So, the game isn’t an endless puzzle, but you must score the highest within the limited time. Also, the game is multiplayer. Players are competing against each other to climb the leaderboard. There are even tournaments and battles offering big cash rewards and prizes.

Intrigued? But before you get ready to download and play Block Puzzle online, take a look at how you can nail the placement of blocks to score the highest points and beat your opponents.

As mentioned before, the game’s goal is to eliminate lines, not fill up space on the game board. How can you eliminate lines? You can do so by purposefully creating vertical and horizontal lines using the blocks. It would help if you placed the blocks strategically toward the goal of creating lines that will automatically clear once it’s finished. With every cleared line, you will earn points.

Building a high score is easier said than done because it is a puzzle game. As you know, puzzles aren’t always easy to solve. In the Block Puzzle game, scoring high means staying in the game and ensuring it doesn’t end quickly. It would help if you used the right tactics to remain in the game until the timer ticks down to 00:00.

Even though it must be tempting to start placing blocks in the middle of the board, avoid that temptation. You may think starting block placement from the middle and branching out is the right move, but you’ll be quickly mistaken. Don’t crowd the board’s center quickly but leave space. Instead, start to work toward the middle from the corners, so you have lots of space to place those unpredictable block pieces, such as the infamous square piece. By starting from the corners, you’ll get more horizontal and vertical options as long as you remain in the game.

Points are scored when lines are cleared. But you only have about three minutes to clear as many lines as possible and score points. Therefore, it is not a great idea to focus on placing blocks to create single vertical or horizontal lines. Instead, the target should be to create and remove multiple rows and columns. So, even if the blocks allow you to create single lines, try to strategically place the blocks so you can remove a few lines at once.

So, remember to place the blocks in a way that will clear multiple lines because single clearing lines won’t help you score points quickly.

The square piece is nobody’s friend. It is a notorious block piece with a habit of arriving uninvited. The 3X3 piece can make or break your game, and if you don’t leave space for it, your game will end abruptly. Unlike other block pieces, the square piece requires a fixed number of cells, and you cannot place it anywhere you like. In addition, you cannot tilt it. Therefore, if you fail to make space for this piece on your board, you will likely lose the game.

So, place blocks to accommodate the square piece on the board.

No matter the situation, you cannot resort to dumping blocks. It is one of the most effective blocks placement ways, and it can be the reason for your downfall.

Studying the game board before placing any block is essential. Every piece must fit, or you cannot clear lines. Even if you have to speed up and the time is running out, you cannot resort to dumping blocks anywhere on the board and hope for a miracle.

The secret of nailing block placement is practicing the game. Play as many free practice games as possible to implement all the strategies and master them. Therefore, when you participate in tournaments, you’ll know what must be done to beat your opponents. Suzanna BowlingFebruary 17, 2022
Read More
Scroll for more
Tap
A Disneyesq Music Man For A Broadway Audience
My View: A Face For Radio and Much More