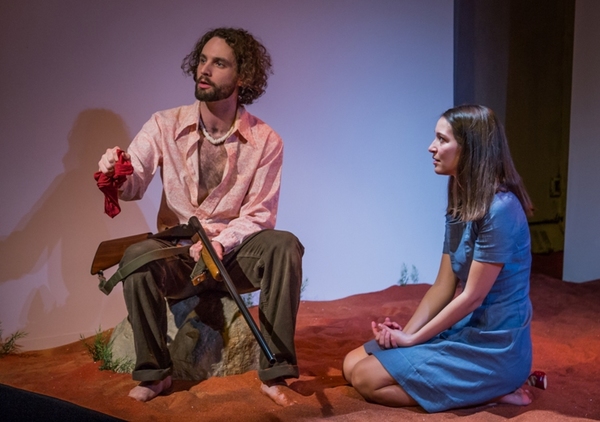 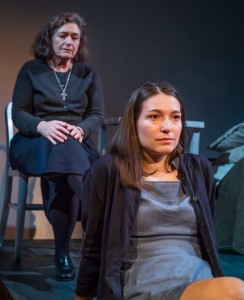 Forgiveness is a little hard when you rip a baby out of somebody’s body, laugh about it, sneer about it, find God and expect forgiveness. I am from California and the fear of what Charles Manson and his cult followers did in the summer of 1969, changed the way we felt about things. Now a new play by Cyndy A. Marion called You are Perfect expects us to hear and listen to this once depraved young girl and feel sorry for her. I didn’t.

Susan Atkins, known as “Sadie,” was one of Charles Manson’s lovers as well as Tex Watson’s. Atkins was a trusted member of Manson’s inner circle, and he took her and two others with him to shake down a man named Gary Hinman for money. When Hinman wouldn’t comply, Manson slashed his face with a sword and left, the remaining trio to beat and killed him. On August 8, Manson sent four of his followers, including Atkins, to the house of director Roman Polanski and the pregnant Sharon Tate. By the end of the night, Tate and four others in the house were dead. Atkins later admitted to holding Tate down while Tex Watson stabbed her to death (although later still, she recanted and said that she was merely a bystander to the scene).

In the play presented by The White Horse Theatre Company we are placed in Atkins’(Carlotta Brentan) prison cell. She is about to testify against Manson (Brad Burgess). She tells a women (Nancy Wolfe), her past as the women attempts to change her heart to God. We flashback to Atkins who was abused and left home at 15 meeting Manson. In the end we learn this women is the older Atkins trying to talk sense into her younger self. All three keep their truths secret and we end up not caring about anybody except why this play.

The script is repetitive and elementary and the acting is subpar. Brentan is youthful but lacks the emotional depth. Wolfe, who portrayed Atkins in the original film Helter Skelter, is insipid. Brentan is reminiscent of Manson, but is one dimension. In the end we feel nothing for any of these characters except when can we escape this torment.

Atkins passed away in prison in 2009, and Manson continues to serve a life sentence. Atkins is finally free so why attempt to make the audience forgive her?

You are Perfect: The White Horse Theatre Company at The Workshop Theater Company, 312 West 46th Street, 4th until Feb. 20th.