Susan Sarandon and Rose Bryne Talk about Motherhood, Dating and Their New Film The Meddler

Susan Sarandon and Rose Bryne Talk about Motherhood, Dating and Their New Film The Meddler 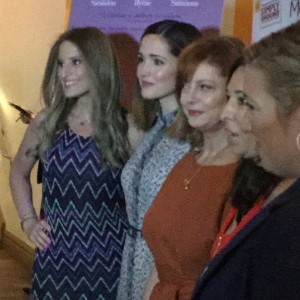 The MOMS Denise Albert and Melissa Musen Gerstein, Kmart and Peter Pan Simply Ground Peanut Butter, hosted a Mamarazzi Event and conversation with Susan Sarandon, Rose Byrne, Lorene Scafaria and Joy Gorman Wettels Monday, April 18th at the Crosby Street Theater. The event brought together influential moms and media for a special advancescreening of new film The Meddler, an endearing comedy which arrives in cinemas right in time for Mother’s Day. The movie, produced by Joy Gorman Wettels, has been described as “A valentine to mothers everywhere.” It tells the story of an eternally optimistic mother who moves from New Jersey to Los Angeles to be closer to her daughter, a successful screenwriter, and smother her with motherly love. Armed with a new iPhone, an apartment near the Grove in California and a comfortable bank account left to her by her beloved late husband, Marnie Minervini (Sarandon)  has happily relocated from New Jersey to Los Angeles to be near her daughter Lori, a successful (but still single) screenwriter, and smother her with motherly love. But when the dozens of texts, unexpected visits, and conversations dominated by unsolicited advice force Lori to draw strict personal boundaries, Marnie finds ways to channel her eternal optimism and forceful generosity to change the lives of others – as well as her own – and find a new purpose in life. 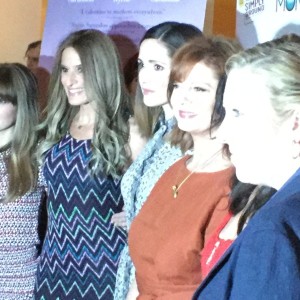 The Moms is a multi-platform lifestyle brand that celebrates–and puts a spotlight on–modern motherhood. Through their numerous broadcast appearances, SiriusXM satellite radio show and blog, Denise Albert and Melissa Musen Gerstein tackle topics both big and small that resonate with moms today. Their brutally honest–and sometimes conflicting–opinions are not only entertaining, but take the parenting conversation to a whole new level. Through their experiential events, everyday moms become celebrities, and celebrities reveal their lives as an everyday mom (or dad!). Strut, the Fashionable Moms Fashion show, showcases real moms walking the runway at Mercedes Benz Fashion Week wearing affordable and fashionable clothing that can be bought in-season. The ever-popular Mamarazzi® events provide influential moms and media with access to celebrity parents in a town-hall discussion.  Mamarazzi  guests have included Sarah Jessica Parker, Will Smith, Jada Pinkett Smith, Jennifer Garner, Kevin James, Elizabeth Banks, Tina Fey, Hugh Jackman and Pitbull. Whether they’re online, on TV, radio, or face-to-face, The Moms engage their audience with straight talk, a sense of humor and a healthy dose of fun—kind of like parenting itself. 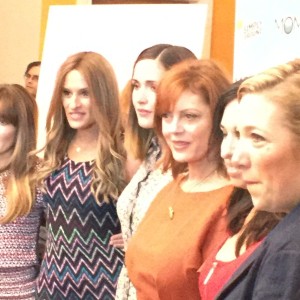 Susan Sarandon is an American actress. She is an Academy Award and BAFTA Award winner who is also known for her social and political activism for a variety of liberal causes. She was appointed a UNICEF Goodwill Ambassador in 1999 and received the Action Against Hunger Humanitarian Award in 2006. 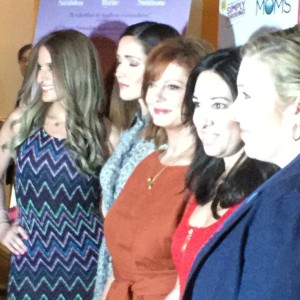 Rose Byrne is an Australian actress. Byrne made her screen debut in 1992 with a small role in the film Dallas Doll. In 2000, she played a leading role in the Australian film The Goddess of 1967, which brought her a Venice Film Festival award for Best Actress. From 2007 to 2012, she played Ellen Parsons in the cable television series Damages, which earned her two Golden Globe and two Emmy nominations. Along with co-star Glenn Close, she appeared in all of the show’s fifty-nine episodes. Byrne has also starred in the films Troy, 28 Weeks Later, Insidious, X-Men: First Class, as well as the comedies Bridesmaids, Neighbors and Spy. 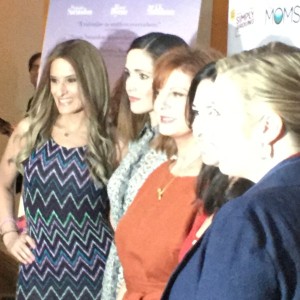 Lorene Scafaria is an American screenwriter, playwright, actress, singer, and film director. She is best known for her work on the films Nick & Norah’s Infinite Playlist and Seeking a Friend for the End of the World, the latter her debut as director in 2012.

Joy Gorman Wettels is a Producer of TV, Film and Theater at Anonymous Content. Founded by Steve Golin, Anonymous produced this year’s Best Picture Winners THE REVENANT and SPOTLIGHT as well as Golden Globe winning series Mr. Robot and True Detective. At Anonymous, Joy focuses on socially impactful and positive content for Women and Youth and advocates for diverse filmmakers. She most recently produced Lorene Scafaria’s upcoming film THE MEDDLER for Sony Pictures Classics (Official Selection: 2015 Toronto International Film Festival, 2016 Tribeca Film Festival) which stars Susan Sarandon, Rose Byrne and JK Simmons. Previously, Joy produced Scafaria’s directorial debut SEEKING A FRIEND FOR THE END OF THE WORLD starring Steve Carell and Keira Knightley for Focus Features and Scott Coffey’s ADULT WORLD starring John Cusack and Emma Roberts (Tribeca Film Festival/ IFC). Joy is an Executive Producer with Selena Gomez on the upcoming Netflix/Paramount series adaptation of NY Times Bestselling Novel 13 REASONS WHY.  The series is created by Brian Yorkey, writer of Tony and Pulitzer Prize winning Broadway musical NEXT TO NORMAL and will be directed by Oscar Winner Tom McCarthy.  Among other projects, Joy is currently developing a TV series about women in the tech world with Paul Feig; a film adaptation of NEXT TO NORMAL with Yorkey and composer Tom Kitt and a multi-media project based on acclaimed Civil Rights Era Documentary series EYES ON THE PRIZE with Nate Parker.

Prior to Anonymous, Joy was Vice President of Production at Robert Simonds Company and worked in production, development and post-production at Miramax Films in New York. In 2007, Joy was named one of The Hollywood Reporter’s NEXT GENERATION / “35 under 35”. Joy grew up in Yonkers, New York and commuted to Barnard College of Columbia University, where she graduated with a degree in Urban Affairs and Political Science, completing her thesis on the federal desegregation case that re-defined her hometown. When she wasn’t working several jobs to pay for college, she spent her time on the famed Columbia Varsity Show, where she produced one of Brian Yorkey and Tom Kitt’s earliest musical collaborations. Joy is a member of the Producers Guild of America.