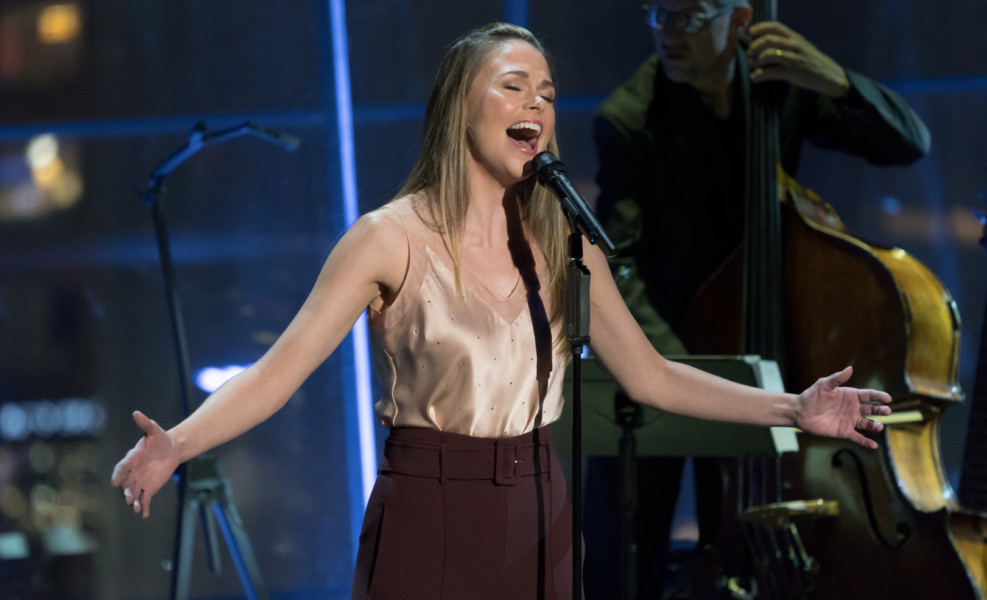 Sutton Foster In My One and Only One Night Only

Sutton Foster In My One and Only One Night Only

Roundabout Theatre Company (Todd Haimes, Artistic Director/CEO) is thrilled to announce a special Benefit Musical Performance of My One and Only, the award-winning musical comedy by Peter Stone and Timothy S. Mayer with music and lyrics by George and Ira Gershwin. Two-time Tony Award winner Sutton Foster will return to Roundabout as “Edythe Herbert” for one night only!

Sutton Foster has been a friend of Roundabout Theatre Company since her Tony Award-winning performance as “Reno Sweeney” in Anything Goes (2012), followed by her Tony nominated performance as “Violet” in Violet (2014). Roundabout is also thrilled to welcome back Rob Ashford to direct this one-night-only special event. Ashford choreographed Roundabout’s first musical at the American Airlines Theatre, The Boys From Syracuse in 2002.

The Benefit Musical Performance will take place on Monday, November 12, 2018 at 7:30 PM at the Stephen Sondheim Theatre.

The plot of My One and Only centers on Captain Billy Buck Chandler, a transatlantic aviator who flies around the world in pursuit of the championship swimmer Edythe, whom he loves. This Tony Award-winning musical opened on Broadway in 1983 and has never been revived. It features classic Gershwin tunes such as “S Wonderful,” “Funny Face,” “Nice Work if You Can Get It” and of course “My One and Only.”

Proceeds from My One and Only will benefit Roundabout’s Musical Theatre Fund which is dedicated to preserving this great American art form by bringing familiar and lesser-known works to a new generation of theatregoers, like this spring’s Kiss Me, Kate.

VIP, Benefactor and Producer tickets include admission to an exclusive post-show party and dinner with the cast following the performance.

The Post-Show Party is sponsored by TV Land’s “Younger.”

Additional cast members and creative team will be announced soon.