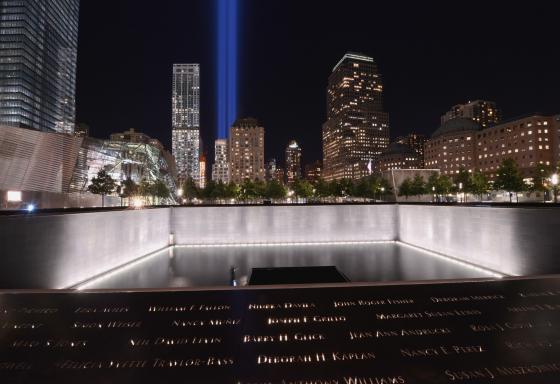 2,996 people died on 9/11 and will be honored this morning. Starting at 7 a.m. the ceremony will pause six times. They represent: The two planes that hit each of the Twin Towers, twice for when each tower collapsed and two more times to mark the Pentagon and Flight 93 attacks.

As hurricanes are ravaging our nation, thousands of 9/11 victims’ relatives, survivors, rescuers and others are expected to gather at the World Trade Center to remember. Sixteen years later, the pain is still felt.

President Donald Trump, is scheduled to observe a moment of silence at about the time the first airplane hit. Vice President Mike Pence and U.S. Secretary of the Interior Ryan Zinke are scheduled to deliver remarks at the Flight 93 National Memorial near Shanksville. In New York, politicians can attend, but since 2011, they haven’t been allowed to read names or deliver remarks.

The Tribute in Light will begin at sunset and end Tuesday at dawn.

T2C’s hearts and prayers are with those who lost a loved one on that day, especially the firemen at (FDNY) Engine 54, Ladder 4, Battalion 9 and the 15 men — everyone working that shift, who raced to the World Trade Center and never returned.

G. H. HARDINGDecember 5, 2022
Read More
Scroll for more
Tap
Here’s Everything You Need to Know about Condos for Sale
My View: Hurricane Over Palm Beach But Sunny In Bemelmans Bar Last Night