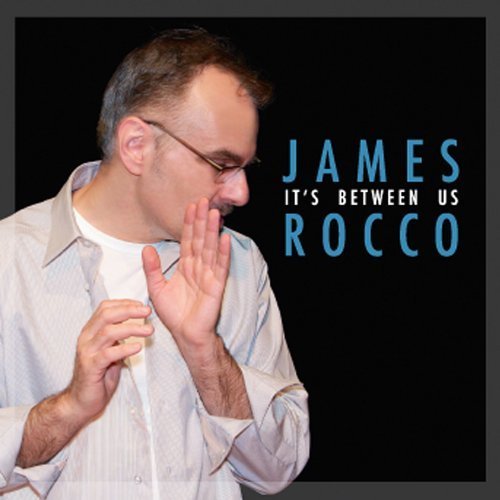 A Country Christmas Carol “On Air,” The Musical will premiere on Audio Stages, WBAI 99.5 FM on December 19, 2020, at 7pm. Just two days before the release of the show’s Studio Cast Album. Tony award winner Hal Linden (The Rothschilds) hosts and three-time Tony nominee, Terrence Mann (CATS, Les Mis, Beauty and the Beast, The Addams Family) narrates. A Country Christmas Carol, On Air, is presented by Tim Jerome (CATS, The Phantom of the Opera, Tarzan) and MainStreet Musicals as a part of the Audio Stages series on WBAI Radio 99.5FM NYC, Saturday, December 19 at 7 pm EST.   The broadcast coincides with the first-time release of the show’s Studio Cast Album, available December 21, 2020.  iTunes is offering an exclusive pre-release sale with a discount on the album and three advance tracks available for immediate download on December 19 and 20, 2020.

The two Jaymies, James A. Rocco (CATS, The Wizard of Oz) and Jayme McDaniel (XCaliber, Broadway on Demand), conceived and directed the Audio Stages’ adaptation.  McDaniel said, “Our goal was to capture the exuberance of a live musical while highlighting cuts from this terrific new album.”   “I always loved this show.  To keep me sane during the pandemic, I decided to produce a recording.  It was an amazing puzzle and a gift during this challenging year,” said Rocco. A Country Christmas Carol “On Air,” with Music and Lyrics by Albert Evans (Pageant, Nite Club Confidential) and Book and Lyrics by Ronald Kaehler (Under the Overture)takes place in Marley County USA, where folks don’t have a whole lot, but everybody’s doing what they can to make the Christmas holiday crackle, except for one mean and miserly old coot who misses the entire point; Banker Scrooge, the meanest man in town. His secretary, Bobbie Jo Cratchit, is a young widow who sings like Patsy Cline and lives in a trailer community with her two small children, Jane and Tim. Bobbie Jo has been “counting to 10” for far too long and is about to break.  Ring a bell? Along with Mann and Linden, you’ll hear members from the Studio Cast Album: G. Wayne Hoffman, Heidi Karol Johnson Bart Shatto (Les Mis, The Civil War), Audrey Lavine (Carrie, Rags, MAC Award winner), Christy Carlson Romano, Jack Ingram, Linda Sue Moshier, Dennis Deal, Valerie DeWeese, Janet Dunn, Tim Ewing, Tari Kelly, Alix Korey, Kevin McMahon, Randy Schmeling, Kellie Turner, Jessica Tyler Wright, and Patti Wyss. The “on Air” version of A Country Christmas Carol has been expanded for live presentations and is available for licensing in 2021.  Think Prairie Home Companion meets Charles Dickens.  For licensing information visit: www.acountrychristmascarol.com Don’t miss Audio Stages’ presentation of A Country Christmas Carol, on Air. Saturday, December 19, 2020, 7pm EST on WBAI 99.5fm or on the internet at https://www.wbai.org/ and click the “LISTEN LIVE” button.

Rocco’s theatrical career started at three-years-old, as the youngest member of the (Art) Linkletter Totten Tots! He appeared inOliver! with Ray Walston and Jules Munschin; Carousel as Enoch Snow Jr, with John Raitt; and as Sheppard in Sidney Lumet & David Merrick’s thriller, Child’s Play.   James produced his first show in New York at 16 (Henry, Sweet Henry, at the Mercer Arts Center and the Lamb Theatre).  As a performer, he appeared in the original Broadway production of Cats (ironically stepping in for Terrance Mann, as the Rum Tum Tugger, while Terry appeared in the film version of A CHORUS LINE).  Rocco was seen in the International and TV Ashai Productions of Duke Ellington’s Sophisticated Ladies; sang back up for Frank Sinatra and was lead singer for Herbie Hancock and the Super Sounds.  His freelance work as a director/choreographer includes award-winning productions of: 33 Variations, Grey Gardens, Yankee Doodle Dandy (World Premiere), Sweeney Todd, The Wizard of Oz, Chess, She Loves Me, Violet, South Pacific, White Christmas, As Bees in Honey Drown, A Little Night Music, Songs For A New World, In The Heights, Damn Yankees, Pirates of Penzance, Guys & Dolls, On the Town, A Christmas Story, Jesus Christ Superstar and many more from classic repertoire to world premieres He is the co-founder of Thirty Saints Productions, which created The Broadway Songbook®  Series.  Together with Broadway Asia, Thirty Saints toured Joseph and the Amazing Technicolor Dreamcoat® to Tokyo and led the artistic team for the US Air Force’s 9/11 tribute video; There Are No Words, seen by millions of viewers on 9/11/2016.  Thirty Saints is an investor in the current Broadway, National Tour and Toronto productions of Come from Away. From 2005-2017, Rocco was the VP of Programming and Producing Artistic Director at Ordway Center for the Performing Arts.  In 2019, he was recognized by The Broadway League and The Coalition of Broadway Unions and Guilds for 30 years of dedication, craft and contribution to theater.  Currently a member of the National Alliance for Musical Theatre, he serves on the Alliance’s New Works committee.  Rocco commissioned the holiday musical A Country Christmas Carol and was part of the creative teams behind the off-Broadway cult hits Nite Club Confidential and Streakin’! His re-visioned stage production of Singin’ in the Rainhas been seen around the world.