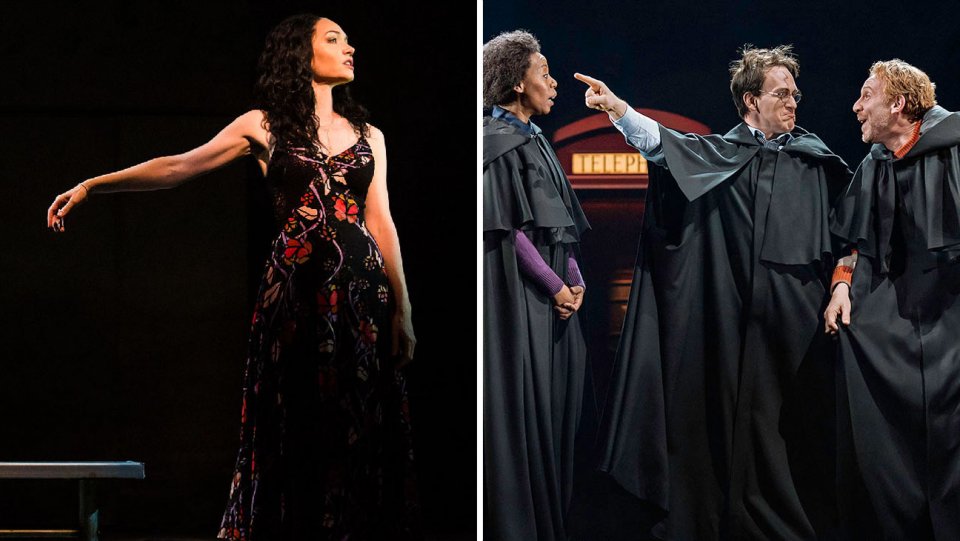 T2C’s Predictions For The 2018 Tony Awards

T2C’s Predictions For The 2018 Tony Awards

As the Tony Awards approach, making their way to Radio City Music Hall this Sunday June 10th, many are making their bets on who will win the covetted award. Sara Bareilles and Josh Groban will host and look for to appear.

Here’s who will think will win and what we thinks should win.

It’s going to be rather odd having this little show that could, win. It will not win best director, best book, best choreography or best orchestrations. Though the theatre community has not shown much love to SpongeBob SquarePants, it is the most creative, imaginative and entertaining show I have seen in awhile.

Hands down this should and will win. I expect this show to be the forerunner in taking home the most Tony’s and it is well deserved.

Best Revival Of A Musical: My Fair Lady

This is an industry favorite. It is well done, but I honestly I think Once On This Island is the better revival this year.

Best Revival Of A Play: Angels in America

This is the sentimental favorite. Three Tall Women is the better of the two, but Angels is the heart of this community.

Best Actress In A Musical:  Katrina Lenk (The Band’s Visit)

Lenk, breaths life into this show and makes you follow her where ever she goes. She was amazing in last year’s Indecent, but this is her year to take home the award.

If Ethan Slater does not take home this award, it will be criminal. He is the Ben Platt of this season, blowing us away with his layered and physical performance, but it would not surrprise me if Joshua Henry took this, as the Tony’s have no love for SpongeBob SquarePants, and sadly might take this out on Ethan. Henry is a wonderful singer, but he has no chemistry with Mueller.

This is by far the most exquisite performance this year. Jackson performance is a masterclass in acting. There is no competition here.

Best Actor In A Play: Andrew Garfield (Angels in America)

The Tony’s love stars and Garfield is young. he has won every other award this season and this will just be the cherry on the cake. I personally think Mark Rylances performance in Farinelli and The King, was much more layered.

Lindsay Mendez makes Carousel her own and has won every other award, but I think Ashley Parks performance in Mean Girls takes much larger risks.

The Tony’s love Norbert Leo Butz and so do I, but Gavin Lee’s eight legged tap dance in SpongeBob SquarePants, is spectacular. There could be an upset here, but I doubt it because a lot of the awards are so predicatble this year.

Laurie Metcalf ‘s performance is riveting and she holds her own with the incredible Glenda Jackson. Also with the Roseann debacle Metcalf, might have the edge. However Denise Gough’s performance is complexed and well performed. Both of these actress are deserving, so a win for either is a good choice.

It’s Nathan Lane at the top of his game, in a role that is larger than life.

In all honesty, nobody deserves this award. David Friedman (Music) and Peter Kellogg (Lyrics) deserve this for Desperate Measures, but unfortunately that is off-Broadway. Where is Sondheim, Jason Robert Brown, Michael John LaChiusa, Adam Guetel or Pasek and Paul, when you need them? They will have to justify why this show is the Best Musical.

Tina Fey is the darling of the New York community. The show has heart and soul, so hand Fey the gold.

If Tina Landau does not win this, it means Broadway has lost their way. This is the most creative show to hit the boards and it is all thanks to Ms. Landau.

Best Direction Of A Play: John Tiffany (Harry Potter And The Cursed Child)

And another well dserved award for this magical show. What John Tiffinay does is pure joy filled with childhood delight. Just when you think he can’t top this, he does.

This show has never sounded more glorious. It is the music and orchestrations that make Carousel sound so spectacular.

Peck is hands down the favorite, but these dances look like they came out of Oklahoma, not Cape Cod. Personally, I would give the award to Christopher Gattelli for making sea creatures come to life and a octopus tap dance in SpongeBob SquarePants: The Musical.

Now Harry Potter will sweep the design awards and should.

David Zinn’s scenic design is exquisite. He makes found objects come to life and the result is again magical.

From their regular characters, to a completely different person, with just the wave of a hand. Poof this award is yours.

By jove I think she’s got it, though I think David Zinn’s work on SpongeBob SquarePants, is the better, more creative choice.

As Neil told me, it is in the shadows not the lighting, that will win him yet another award.

Like Harry Potter, SpongeBob SquarePants: The Musical creates remarkable visuals and hands down I am giving them every design award.

Subtle, then frightening this sound design is like sitting in a surround a sound movie.

How can you not give this show this award? Anyone with musicality will know what they are doing is breaking ground and so far ahead of what we heard.

Suzanna BowlingAugust 9, 2022
Read More
Scroll for more
Tap
BAM presents Love and Intrigue, A Russian Tragedy That Has Nothing To Do With An Election (But It Does Have Something To Do With A Ruthless Power Hungry President)
Backstage at The Drama Desk With the Winners: Jules and Peggy, Darren Brown and Catherine