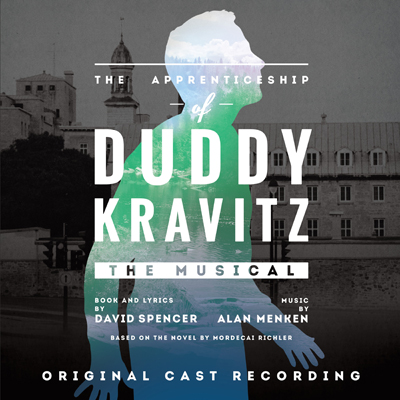 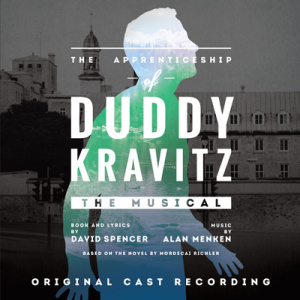 Ghostlight Records will release the original cast recording of the musical The Apprenticeship of Duddy Kravitz online and in stores on Friday, December 2, 2016. The album is now available for digital pre-order. Featuring the music by Alan Menken (Oscar and Tony Award-winning composer of Beauty and The Beast, The Little Mermaid, Little Shop of Horrors, and currently represented on Broadway with Aladdin and the new musical A Bronx Tale) and book and lyrics by award-winning lyricist-librettist David Spencer (best known as lyricist co-librettist of Weird Romance and author of the industry standard book, The Musical Theatre Writer’s Survival Guide), this new musical adaptation of Mordecai Richler’s beloved tale is both uproarious and moving. The 36 page, full-color booklet includes complete lyrics, production photography, notes about the production and its history by award-winning author and journalist Sean Silcoff (who had covered the production extensively for Canada’s premiere national newspaper, The Globe and Mail), and a spirited, full synopsis by the show’s narrator and co-star character, Max (“I’m the father”) Kravitz. The album is produced by Rick Kunis, Alan Menken, David Spencer and musical director Jonathan Monro, To pre-order, please visit sh-k-boom.com/duddykravitz. 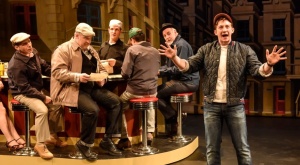 From the Toronto cast

Based on the literary classic – which also inspired the 1974 film directed by Ted Kotcheff, starring Richard Dreyfuss, Micheline Lanctôt, Jack Warden and Randy Quaid – The Apprenticeship of Duddy Kravitz is set on the streets of 1950s Montreal and the countryside of St. Agathe. Ambitious, spiky, relentlessly driven, Duddy Kravitz is on the cusp of adulthood and hustling to climb the social ladder. Obsessed with his grandfather’s maxim, “A man without land is nobody,” and desperate to prove himself, he risks making his name at the expense of those he loves; it all comes down to choosing what kind of man he’s going to be.

The recording of The Apprenticeship of Duddy Kravitz preserves the invigorating musical energy of the 2016 World Premiere, Canadian production at the Segal Centre for Performing Arts, Montreal, Québec, that was directed by Austin Pendleton, the Tony Award-nominated actor and director. The Montreal Gazette raved “there’s much to enjoy in this audaciously unorthodox musical.” The Metropolitan called it “a fearless, reimagined version of Richler’s classic novel.” The Montreal Times added “the show boasts a number of songs, running from poignant and romantic to comic, that will leave you humming.” And renowned American theatre journalist Peter Filichia rated the show a “masterpiece,” placing it alongside Hamilton as “the other best musical of 2015.”

Suzanna BowlingSeptember 28, 2022
Read More
Scroll for more
Tap
No One Is Alone In Women of a Certain Age
The Bodyguard Is Set To Open Meet Its Star Deborah Cox