Yesterday the new book, “The American Theatre as seen by Hirschfeld,” was released on Amazon, the inaugural exhibition of the same name at The Museum of Broadway opened to the public and the upcoming auction of celebrity-autographed Hirschfeld portraits (now through Nov. 20) is ongoing. 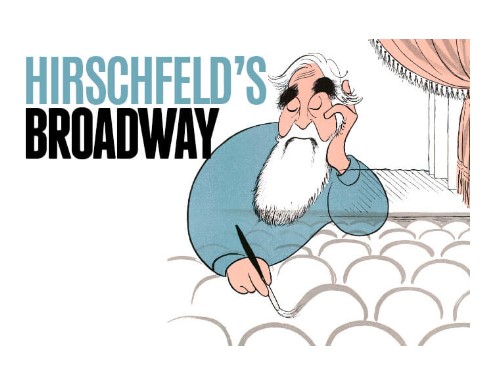 David Leopold is the creative force behind both the new book and exhibition “The American Theatre as seen by Hirschfeld.” He has spent more than 30 years studying Hirschfeld’s work. The first 13 years were as Hirschfeld’s Archivist, visiting him in his studio once or twice a week. Now, he is the Creative Director for the nonprofit Al Hirschfeld Foundation.

Leopold’s previous book, The Hirschfeld Century: A Portrait of the Artist and His Age (Knopf), has been called by The Washington Post, “An instant classic.” Booklist declared, “Leopold emulates the economy and fluidity of Hirschfeld’s drawings in this star-studded, anecdote-rich, critically clarifying, and thoroughly enlightening portrait of the portraits.” He has earned rave reviews from audiences around the country for his illustrated presentations on the work of Hirschfeld.