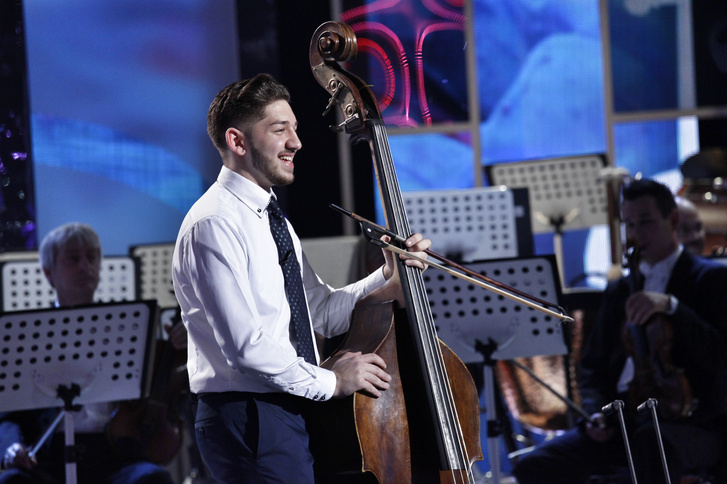 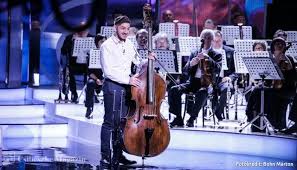 There is a special FREE concert Tomorrow – Wednesday, March 1 at 8:00 pm at Well Recital Hall (Carnegie Hall).  Young Virtuosos From Hungary – Tamás Kökény, Double Bass and Friends. It is being presented by the Armel Opera Festival. The program is being performed by Tamás Kökény (contrabass), Zoltán Sándor (violin), Kármen Stephany Boateng (piano), Apor Szüts (piano, zongora), and Bettina Tóth (harp).  The Musical Director is Zoltán Bolyky.  The FREE Tickets are available only in person at box office, max 4 per person.

The varied program will include Mambo from “West Side Story” (Leonard Bernstein); Schindler’s List (John Williams); Cinema Paradiso (Ennio Morricone); Libertango (Astor Piazzolla).  Concert classics by some of Hungary’s famous composers will be performed: Hungarian Rhapsody No. 11 (Ferenc Liszt); Fifteen Hungarian Peasant Songs – excerpts (Béla Bartók); Liebestraum (Ferenc Liszt); Tango Grotesque (Apor Szüts). Some of the other selections from well-known composers include: Ritual Fire Dance (Manuel de Falla); Tarantella (Giovanni Bottesini); Moses Fantasy (Niccolò Paganini); Tarantella (Ernest Bloch); and Étude de Concert au Matin (Marcel Tournier). The evening will include solos, duets, trios and full company musical numbers,
Tamás Kökény was born in Budapest in 1999. At the age of 3 he started to play the violin. He commenced his studies at Józsefváros Music Academy at 6, then continued at Weiner Leo Music Academy. At 13, he exchanged the violin for the double bass. He is a student of the Bartók Béla Conservatory. In the summer of 2015 he collaborate with the internationally acclaimed artists: violist Yuri Bashmet and the conductors Alondra De La Parra and Daniel Harding. Tamás has participated in the first and second series of the talent show Virtuózok. Fort he first he did not make it to the finals, however, in the second series he came out as not only the winner in his age group but also as number 1 virtuoso of the entire competition. He plays 12 instruments including the dulcimer, the violin and the double bass. Since the latter stands the nearest to his heart, he wishes to pursue his studies and music career as a double bassist.
Related ItemsArmel Opera FestivalFreeHungaryJohn WilliamsLeonard BernsteinNewSchindler’s ListTamás KökényWell Recital HallWest Side Story
Events