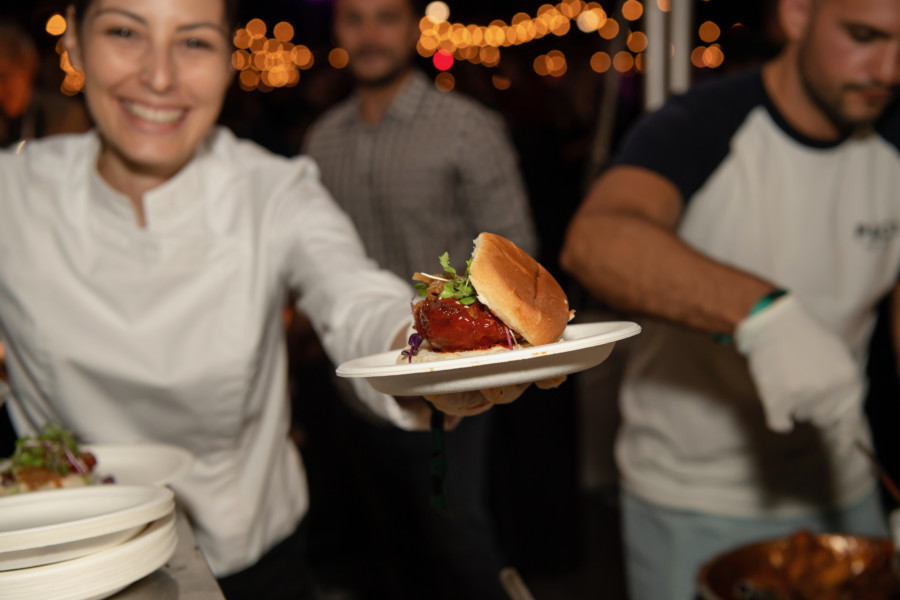 Taste of the Upper West Side Stirs Up Ultimate Weekend

Taste of the Upper West Side Stirs Up Ultimate Weekend

This weekend New York City was dazzled with one of the most incredible outdoor events in recent memory.

What made Taste of the Upper West Side so unique was the dazzling mixture of amazing food and drink mixed with the people who were ready to come together to celebrate life.

There was nothing but smiles at the two-day festival that kicked off with Grillin’ in the City on Friday night that featured delights such as Cocido Madrileno con Chistorras from Bodega 88, Easy Peel Shrimp from Shacking Crab, Pull Apart Bread with Honey Butter from Maison Pickle, and Janie’s Life Changing Baked Goods. Guests at the open-air soiree chowed down and toasted during a lively musical set with toasts from wine such as Lifevine and cocktails from Joannie Walker.

Grillin’ in the City showcased over 20 popular Upper West Side restaurants and their favorite menu items. Whiskies of the World joined in on the grand fun with samplings from various whiskies from near and far. From Kentucky bourbon or a great scotch from Scotland, the extra bonus from brands like Balcones, Copper Dog, Uncle Nearest, Westward was a huge hit  Also making a debut was the first-ever Biergarten in honor of Oktoberfest featuring a variety of fall sips and beer inspired cocktails curated by neighborhood favorites Tiki Chick and Nobody Told Me.

The weekend was presented by American Airlines® and Mastercard® and was hosted by The Columbus Avenue Business Improvement District, a 501(c)(3) not-for-profit organization. Taste of the Upper West Side in its 13th year is a much beloved neighborhood event that showcases the significance and scope of the Upper West Side’s culinary community. It attracts about 3,500 guests over two nights. Over 80+ chefs from the district’s best restaurants serve tastings of their signature dishes.

The annual fundraising food event that brings together the Upper West Side’s most sought-after eateries with unlimited wine, spirits and great music was truly the perfect autumn night.

Photos Courtesy Taste of the Upper West Side