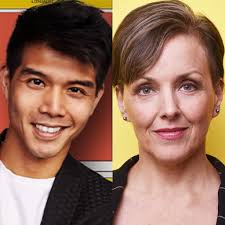 Broadway has shut down as well as cabaret’s, concert halls and for the most part Off-Broadway. The shut down comes from following Governor Andrew Cuomo’s ban on mass gatherings. Smartly that is not stopping Telly Leung )Aladdin, Allegiance) and his special guest special guest Tony Award winner Alice Ripley (and Next to Normal ).

The concert will be available to watch for $5 at 1 PM ET, however the show has already sold out!

According to STAGEIT and Leung, “Coronavirus is NOT going to stop us from making music and gigging! We are doing a short 30-min set LIVE from Gary’s living room in New York City and doing our very first livestream show EVER. Expect songs from my two solo albums, some Broadway show tunes and some new things we are working on together – with special guest, TONY-Award Winner ALICE RIPLEY! Part of the proceeds will go to THE ACTORS FUND.”

What would have made sense is for shows on Broadway or Off, that knew their funding would not promote weathering this storm to have pulled emergency meeting and filmed through live steam and then had encore versions.

Now is the time to think out of the box!

Stephen SorokoffOctober 5, 2021
Read More
Scroll for more
Tap
My View: Tyrell & Table 26 Remind Us There Will Again Be A “Sunny Side Of The Street”
The Glorious Corner