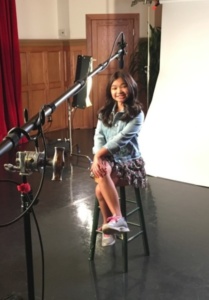 Ten-year-old singing powerhouse and kidney transplant recipient Angelica Hale of television’s America’s Got Talent won the heart of the National Kidney Foundation (NKF) first for her vocal gifts – and now, for stepping onto a new stage to become the first-ever NKF Kid Ambassador. 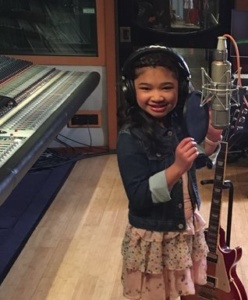 This new and vital role for the Atlanta native has a dual purpose. Angelica will appeal to kids and adults about the importance of living organ donation, as explained in NKF’s THE BIG ASK: THE BIG GIVE program (#BigAskBigGive), to address challenges and provide advice about asking for a kidney or donating one. Also, during National Kidney Month in March 2018, Angelica will help inform the young and the young-at-heart about kidney health and kidney disease prevention as part of an expanded Heart Your Kidneys (#HeartYourKidneys) awareness campaign, which seeks to elevate knowledge about and concern for kidneys to the level of other vital organs, such as the heart. 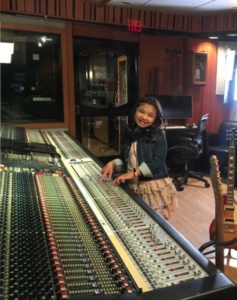 By just four years old, Angelica’s kidneys failed. Her mother, Eva Hale, was a match and donated one of her own kidneys to her daughter to save her life. Today, Angelica is healthy, maintains good eating and water-drinking habits, and checks in regularly with her doctor – some of the same advice she will offer to others as NKF Kid Ambassador.

To start, offering hope and encouraging living organ donation tops Angelica’s tenure. More than 100,000 Americans are waiting on a kidney transplant right now, though only about 19,000 will receive one this year. The wait list is long – three to seven years on average depending on where the patient lives.  Twelve people die each day waiting for a kidney.

“You only need one [kidney] to be a healthy person, so you can give one away to someone who needs it. It’s a win-win,” Angelica said with her signature huge smile during a recent, behind-the-scenes Facebook Live interview at The Village Studios in Los Angeles. She was at the legendary locale to shoot new video public service announcements – her first NKF Kid Ambassador assignment. View the new 15-second PSA here.  “There are tons of people waiting for kidneys right this moment. . . and you can help them. My mom and I are doing fantastic right now.”

Since I crushed a kidney in an accident at Duane Reade this has been an on going lesson. 30 million American adults are estimated to have chronic kidney disease—and most aren’t aware of it. It took 8 years before I knew that this had happened as the symptoms mirror other diseases. 1 in 3 American adults are at risk for chronic kidney disease. Risk factors for kidney disease include diabetes, high blood pressure, heart disease, obesity and family history of kidney failure. People of African American, Hispanic, Native American, Asian or Pacific Islander descent are at increased risk for developing the disease. African Americans are 3 times more likely than Whites, and Hispanics are nearly 1.5 times more likely than non-Hispanics to develop end-stage renal disease (kidney failure).

T2C talked to the adorable Angelica. You will see she is wise beyond her years.

T2C: What is your Christmas wish for the world?

Angelica Hale: I love Chistmas so much. Christ was born for everyone. I want everyone to have a wonderful time. You have to savor it. I am very excited to perform tomorrow and to be the first kid, kidney ambassador.

T2C: You have become the kids ambassador for the kidney foundation. What does this mean to you?

Angelica Hale: I am very happy, because I am the very first kid. It is crazy and I am honored, because I know the situation that everyone is in. My mom is my hero and were even closer because I have a part of her. I am excited to spread the word, because there are tons of people who are in worse situations than me. I want to help everyone.

Angelica Hale: You have to just keep pushing forward. You might feel like giving up. I felt like that at times. I felt like I was not going to make it. Miracles happen every day, you just have to believe and hang in there.

I am here in this world for a reason. I have been given so much love and hope. I want to help. I want to thank all the doctors and the nurses who work so hard. Be a donor, because it is so needed. I am so happy to be the kid amabassador.

The National Kidney Foundation (NKF) is the largest, most comprehensive and longstanding organization dedicated to the awareness, prevention and treatment of kidney disease. For more information about NKF visit www.kidney.org.

You can watch Angelica in the Macy’s Thanksgiving Day Parade.