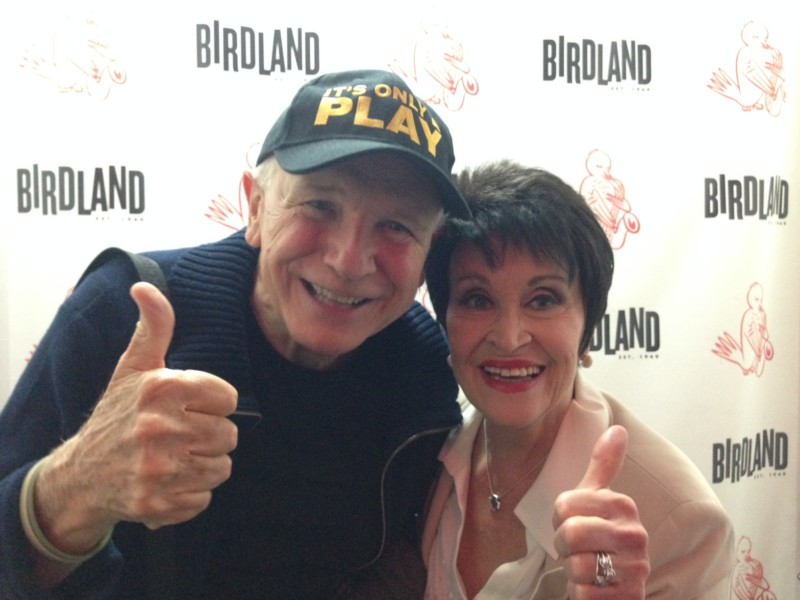 “A huge part of me is gone.  But then it’s not.  Terrence wouldn’t like that.   He helped to make me who I am as a person.  He is the epitome of love and friendship. Only God knows how much I will miss him.” Chita Rivera, March 24, 2020

Chita Rivera worked with Terrence McNally on The Rink, Kiss of the Spider Woman, The Dancer’s Life and The Visit.

Terrence McNally, Tony-Winning playwright behind Frankie and Johnny in the Clair de Lune, has died of coronavirus complications. McNally, was a lung cancer survivor who lived with chronic COPD. He died on Tuesday at the Sarasota Memorial Hospital in Florida.

McNally’s Broadway debut on Broadway, And Things That Go Bump in the Night,” was a disaster, as was Here’s Where I Belong. His show Next was a Off Broadway hit directed by Elaine May, starring James Coco. Lisbon Traviata, Bump, Where Has Tommy Flowers Gone?, The Ritz, It’s Only a Play, A Perfect Ganesh and Corpus Christi. His show Bad Habits, won him an Obie Award. Frankie & Johnny became a 1991 movie with Michelle Pfeiffer and Al Pacino in roles originated by Kathy Bates and F. Murray Abraham. Revived twice on Broadway, with Edie Falco and Stanley Tucci in 2002, and Audra McDonald and Michael Shannon in 2019. He was Tony nominated for the book of The Full Monty. McNally, made a home for himself at Manhattan Theater Club, eventually winning four Tonys, one for Love! Valour! Compassion!”, Master Class and two for the musical books of Kiss of the Spider Woman and Ragtime.

On TV, McNally a segments of Showtime’s 2000 Common Ground”.

A longtime member of the Council of the Dramatists Guild served as vice president from 1981 to 2001.

McNally received a Lucille Lortel Award for an outstanding body of work in 1992. He was also the recipient of two Guggenheim Fellowships and a Rockefeller Grant.