Terrence McNally is Now a Doctor of Fine Arts 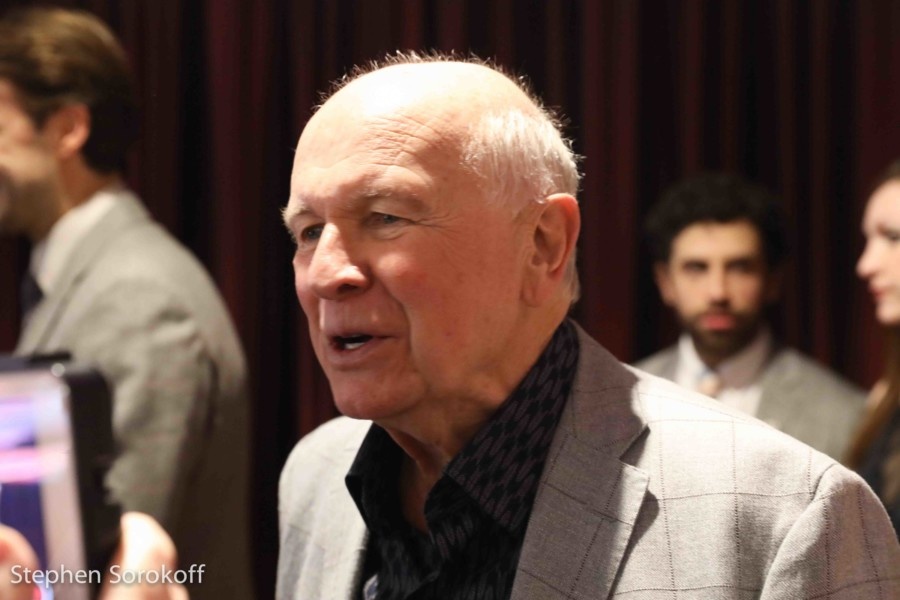 Terrence McNally is Now a Doctor of Fine Arts

Terrence McNally, one of theatre’s greatest contemporary playwrights, you have created over the past half-century an eclectic and prolific body of work—literally scores of plays, musicals, opera libretti, and scripts for film and television. Your razor wit and complexities of character largely explain how you created theatre that functions as family, launched the careers of great actors, and helped audiences cope with the AIDS crisis that engulfed them. You placed your unique stamp on American drama by probing the urgent need for connection that resonates at the core of human experience. From an expansive mind and generous spirit, you have created masterful and enduring art and in the process have celebrated and uplifted humankind.

Terrence McNally has had a remarkably far-ranging career, including at least one new work on and off-Broadway in each of the last six decades. In 2018 he was inducted into the American Academy of Arts and Letters. He is a recipient of the 2019 Special Tony Award for Lifetime Achievement in the Theatre, the Broadway League Distinguished Lifetime Service Award, the Dramatists Guild Lifetime Achievement Award, and the Lucille Lortel Lifetime Achievement Award. He has won four Tony Awards for his plays Love! Valour! Compassion! and Master Class and his musical books for Kiss of the Spider Woman and Ragtime. He has written a number of TV scripts, including “Andre’s Mother,” for which he won an Emmy Award. He has received two Guggenheim Fellowships, a Rockefeller Grant, four Drama Desk Awards, two Lucille Lortel Awards, two Obie Awards, and three Hull-Warriner Awards from the Dramatists Guild. In 1996 he was inducted into the Theater Hall of Fame. He wrote the libretto for the operas Great Scott and Dead Man Walking, both with music by Jake Heggie. Other plays include Mothers and Sons; Lips Together, Teeth Apart; The Lisbon Traviata; A Perfect Ganesh; The Visit; The Full Monty; Corpus Christi; Bad Habits; Next; The Ritz; Anastasia; It’s Only a Play; Where Has Tommy Flowers Gone?; and The Stendhal Syndrome.

In the new Broadway production, Audra McDonald and Michael Shannon, two of the most acclaimed actors of their generation, will bring new life to the bruised dreamers of Terrence McNally’s timely and timeless romance. Director Arin Arbus, in her Broadway debut, directs this portrait of a lonely waitress and a short order cook whose first date turns into a one-night stand – and maybe more.

Originally produced more than 30 years ago Off-Broadway, Frankie and Johnny in the Clair de Lune is one of McNally’s most acclaimed plays and will appear on Broadway as the playwright celebrates his 80th birthday. The play was a runaway hit from 1987 to 1989, returned to Broadway in a highly praised production in 2002 and was also turned into a feature film.

Tickets are on sale now, available at FrankieAndJohnnyBroadway.com or Telecharge.com (212.239.6200). A limited number of $40 general rush tickets (including $2 facility fee) will be available at the Broadhurst box office when it opens for that day’s performance(s). Limited to four tickets per person, tickets are subject to availability. Cash and major credit cards are accepted.