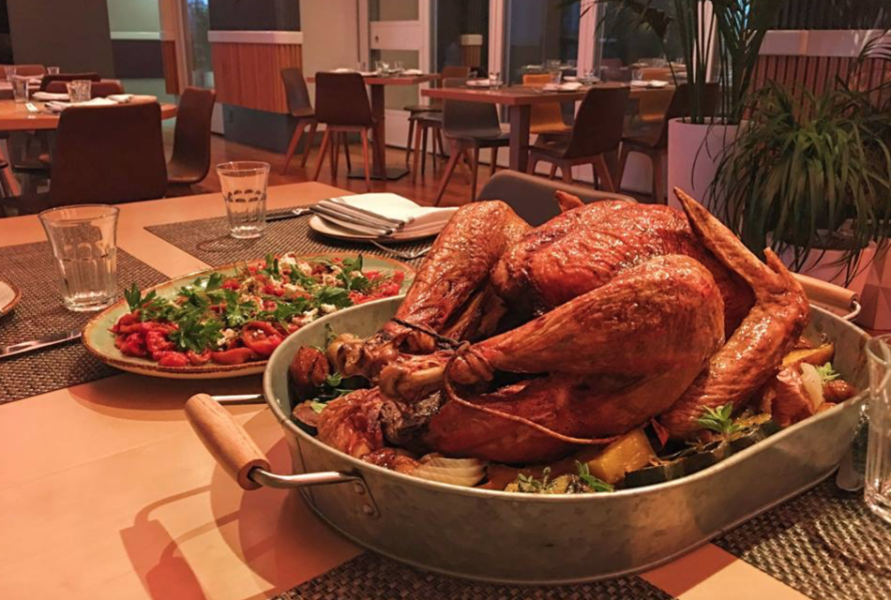 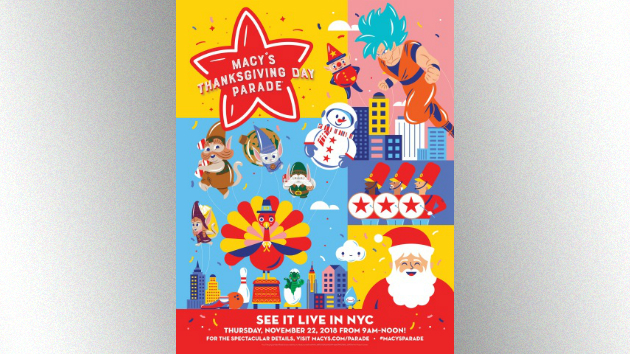 New York City will be hit with a cold front midweek. The high for Thursday, is expected to be 32 degrees, according to the National Weather Service. The 92nd annual Macy’s Thanksgiving Day Parade will be a chilly event. Here is the parade route, if you want to watch it live on Thursday, or on TV starting at 9 a.m. ET until noon on NBC. The broadcast will be hosted by the Today show hosts Hoda Kotb, Savannah Guthrie, and Al Roker.

You can also catch a sneak peek of the balloons by watching them get inflated from 1 to 8 p.m. Wednesday outside the Museum of Natural History. Viewers should enter at West 73rd Street and Columbus Avenue, according toMacy’s.

For the third year in a row, NBC has teamed up with Verizon to provide those without a cable TV subscription 360-degree live stream coverage of the parade. All you have to do is head over to Verizon’s YouTube channel when the parade is set to begin, and you’ll be able to watch the parade as it happens. You can also watch online by logging onto nbc.com/live or by downloading the Watch NBC app.

The online experience will be hosted by Buzzfeed‘s Keith Habersberger and E!‘s Zuri Hall. And you’ll still get to see all of the floats, balloons, and performances.

From Broadway Mean Girls, My Fair Lady,  The Prom, and SUMMER: The Donna Summer Musical will take center stage. 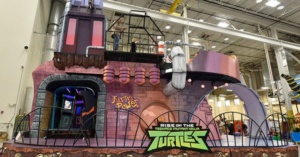 The parade will also feature 1,200 cheerleaders and dancers, 12 marching bands, 16 giant character balloons, 43 novelty balloons and 26 floats. Pikachu, the Grinch and even Dragon Ball Zee. The Teenage Mutant Ninja Turtles will also have a float this year.

The parade will help kick off the Christmas season with the Singing Christmas Tree and Santa.

In the mood to volunteer?

West Side Campaign Against Hunger holds  its Thousand Turkey Challenge in support of low-income families in the city. To get involved, you can bring a turkey on Monday or Tuesday from 9 a.m. to 8 p.m., or Wednesday from  9 a.m.-1 p.m.

CityMeals on Wheels hosts a food distribution events. Those interested in delivering meals, participating in a senior chat or pairing with an isolated New Yorker can apply at citymeals.org/holidayvolunteer.

Founded by  city residents in 1987, New York Cares hosts numerous events throughout the year to engage volunteers in charitable work. This Thanksgiving, new volunteers can register Tuesday,  to join the Thanksgiving Dinner Prep for Seniors at the Clinton Housing Development Company.

Throughout the week leading up to Thanksgiving, God’s Love We Deliver is hosting various events  for which volunteers can sign up to help. From baking to meal-kit assembly to delivery, the chain of production and distribution is broken down into sections for easy management.

For their Holiday Meal Campaign, known as Celebrate With a Plate, each Thanksgiving feast is priced at $10. Once you donate, meals go toward New Yorkers  with serious illnesses.

NYC  has plenty of restaurants ready to save the day.

Virgil’s Real BBQ has take out for 8 at $249.99 which includes an 18-pound smoked turkey with sides like sausage and pecan stuffing, mashed potatoes, gravy, cornbread, sweet potatoes, candied Brussel sprouts and more. . The restaurant will also offer a selection of desserts, like apple, pecan and pumpkin pie.

Green Fig for $49 a person, a Thanksgiving meal with a Mediterranean twist. Pumpkin soup, short rib with apple or cinnamon gravy, turkey, osso buco with mushroom couscous and pork chops, among other things. For dessert, pumpkin cheesecake.

Carmine’s has an 18 pound roasted turkey stuffed with sausage and sage stuffing, along with classic sides like sweet potatoes topped with marshmallows and mashed potatoes with giblet gravy. Carmine’s Thanksgiving meal serves six to eight people and will be offered at $274.95, as well as take-out for $259.95.

Good Enough to Eat has a fixed menu for dine-in and takeout. Their starters include a tomato basil soup and apple stuffing. Main course includes a turkey and sides like maple orange mashed potatoes and roasted Brussel sprouts. For dessert, the restaurant is offering their signature homemade pumpkin, pecan, chocolate pecan, or cranberry pies. $59 per person for adults, and $29.50 for children under 12.

With a beautiful view of the skyline, Hudson’s will invite guests to board its yacht this Thanksgiving. Dinner will be served buffet style including roast turkey, sliced shoulder tenderloin and rum raisin glazed smoked ham, along with many other classic Thanksgiving sides. (Prices vary, between 12th Ave and W. 41st St. HudsonsNYC.com)

Those who are looking for a restaurant with a view of the Hudson River may find themselves at the Jane Hotel for an organic Thanksgiving meal. Old Rose will be offering turkey, gravy, mashed potatoes, stuffing, cranberry sauce, creamed kale with crispy shallots, and cornbread with lemon honey-butter. For dessert, pumpkin pie is on the menu. ($65 per person, 113 Jane St., OldRoseNYC.com)

The good news is alternate-side parking rules will be suspended.