That True Phoenix: A Story Born from Little Known History 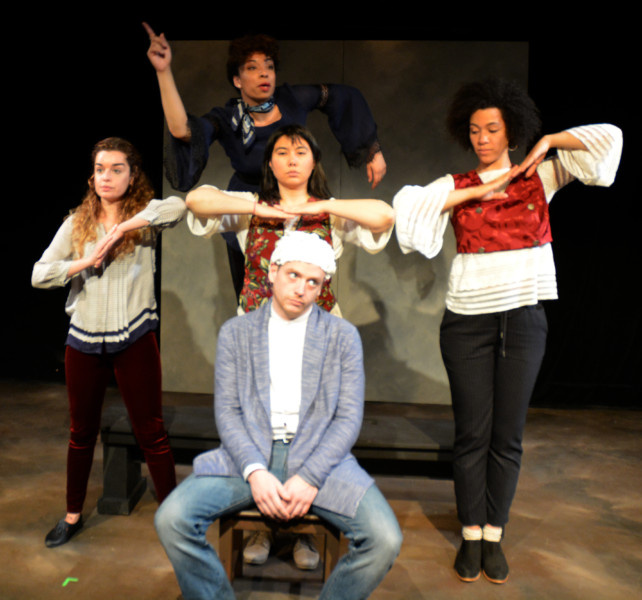 That True Phoenix: A Story Born from Little Known History

Team Awesome Robot’s upbeat production of That True Phoenix chronicles the incredible, and relatively unknown, adventures of Lorenzo Da Ponte, Italian librettist for Mozart’s most famous operas. The story is relevant to our current conversations of privilege and discrimination.

Lorenzo Da Ponte starts as a poor man with a vision and a gift for words. Rising out of Italy, he uses his charm and talents to become a professor, and he is branded a revolutionary and exiled. He makes his way to Austria where he finds his way into the world of opera, where he writes for composers like Mozart, Martin y Soler, and Salieri. Somehow he continues to suffer small misfortunes but his sense of adventure and determined disposition never leave him. He marries and goes to London with his wife, where continues to write operas, however he falls into the shady business of money lending, causing his wife and children strife. To escape debtor’s prison, he journeys to America where he is reunited with his wife and children. For a while he treated as a novelty, then he works as a grocer, and then he becomes a professor at Columbia University. He continues to find misfortune until his death.

The play goes beyond his death, culminating in a posthumous talk with Mozart (Isaiah Tanenbaum). In this Mozart reveals himself as the footnote in Da Ponte’s story, whereas history as we know it has footnoted Da Ponte instead. Da Ponte laments history’s exclusion of him, and claims that if he didn’t tell his own story as loudly as he could, no one would know it. Da Ponte just wants to be known, he wants his story to be told in its truth and extravagance. 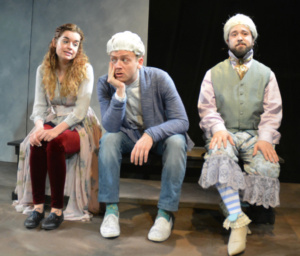 Playwright Daniel John Kelly and director Christopher Dierksen do that for him. Kelly takes the interesting stories of Da Ponte’s life and weaves them all together in Da Ponte’s voice – which exaggerates the stories more often than not – then he smartly tells all of Da Ponte’s truths via the perspective of Da Ponte’s wife, Nancy. Nancy (Samantha Fairfield Walsh) serves to show us a side of Da Ponte (Curry Whitmire) that he is not so willing to share, thus giving us a more complete picture of his life and character.

The production feels and moves like an opera even though the stage is mostly bare. With a bench, a few chairs and props and simple projections, the actors create many cities in Europe and America. The repetition of the piece is key to many of the stories. The actors are quick, funny and talented. The comedic timing and repetition of the piece is incredibly charming and consistent. Samantha Fairfield Walsh, Kayla Jackmon, Siho Ellsmore, and Sarin Monae West portray several characters a piece, each character having a unique voice and physical presence. As Da Ponte, Curry Whitmire sets the quick pace of the show, though sometimes he talks so quickly it is difficult to understand him.

If the show has any faults they are in the second act. The second act is not at all consistent with the first act in terms of tone. Act II takes place in America, so I could understand doing something a little different, but adding dialogue in verse and a musical number seems too far. It redeems itself in the scene between Da Ponte and Mozart. This scene really pulls all the elements of the story together – the irony, the exaggerations, the idea that history often overlook significant contributors. Da Ponte is stripped to his soul and Whitmore does an excellent job of really breaking him to his core desire, while Tanenbaum gives Mozart voice, instead of standing silent.

That True Phoenix is witty and entertaining. Da Ponte’s story questions how we tell history, and demonstrates that if great people are overlooked others will find a way to tell their story.

That True Phoenix: Team Awesome Robot, Access Theatre, 380 Broadway between White and Walker Streets, 4th floor. Run April 21st – May 7th. Tickets may be purchased in advance at http://thattruephoenix.brownpapertickets.com/ or by calling 1-800-838-3006.