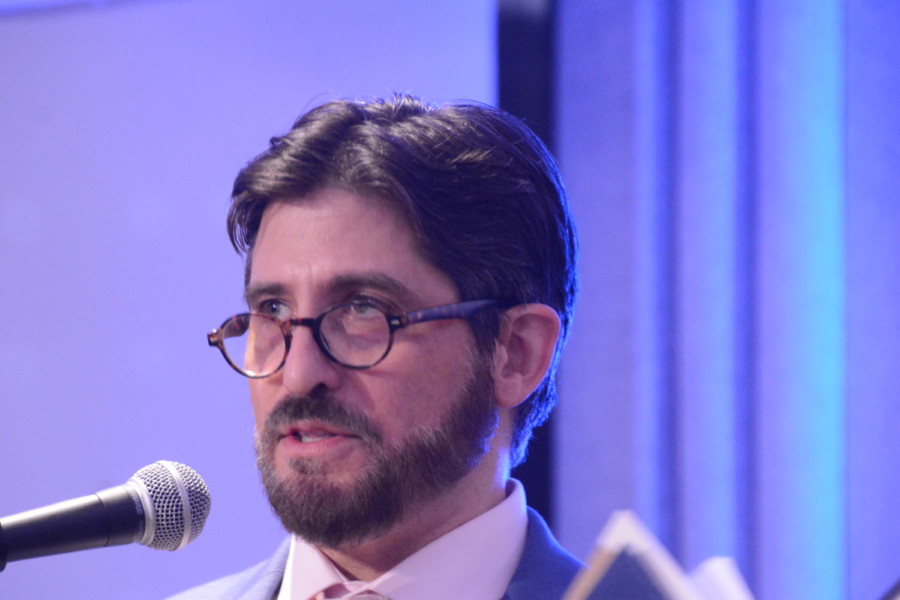 The 2020 Kleban Prize for Musical Theatre for the most promising musical theatre lyricist has been awarded to Daniel Messé. The prize include a monetary award of $100,000 and was presented in a private ceremony on.

The Kleban Foundation, established in 1988 in honor of composer and lyricist Edward Kleban, recognizes musical theatre librettists and lyricists. This year’s winners were selected by a trio of Tony-winning judges: Gerard Alessandrini, Victoria Clark, and Robyn Goodman.

Messé is the founder and principal songwriter of the band Hem, which began in 2001 with the album Rabbit Songs. In 2009, the Public Theater tapped Hem to score their summer Shakespeare in the Park production of Twelfth Night, for which they earned a Drama Desk Nomination. Along with Craig Lucas (book) and Nathan Tysen (co-lyrics), Messé wrote the music and lyrics for the musical adaptation of the French film Amélie, which debuted on Broadway in 2017. Messé has written four musicals for TheatreWorks USA with collaborator Mindi Dickstein. Messé  is also a recipient on a Jonathan Larson Grant from the American Theatre Wing, the ASCAP/Frederick Loewe Award, and an E.Y. “Yip” Harburg Fellowship. Currently, Messé is at work on a new theatrical song cycle inspired by Twain’s “Huckleberry Finn.” He is also working together again with Craig Lucas (book) along with Sean Hartley (co-lyrics) on adapting Craig’s play, Prelude to a Kiss, for South Coast Rep. Education includes a BA from Carleton College and an MFA from NYU’s Tisch Graduate Musical Theatre Writing Program.

He present a piece from  Amélie called “Half Asleep” performed by Nathan Tysen, Jocelyn Mackenzie, Steve Curtis,  and George Rush

and his newest piece inspired by Twain’s “Huckleberry Finn” You Don’t Know About Me Without You “The Gold Saves The Thieves” performed by Nathan Tysen, Jocelyn Mackenzie, Steve Curtis and George Rush.

This award will help him write that pice and see it to fruition.