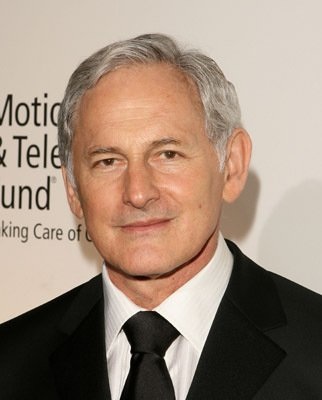 An afternoon Island Celebration!  The Theatre World Awards Board of Directors, Dale Badway, President, have announced, today, the 74th Annual Theatre World Awards Ceremony will take place at Circle in the Square on the set of the Tony Nominated Broadway Revival of Once on This Island on Monday afternoon, June 4, 2018 beginning at 2:00 p.m.   The attire for the afternoon event is ‘Festive Island’ wear.  A TWA Island Party reception will follow the ceremony at The Copacabana Rooftop.  Circle in the Square Theatre is proud to host the only major theatrical award ceremony scheduled in a Broadway house, this season. 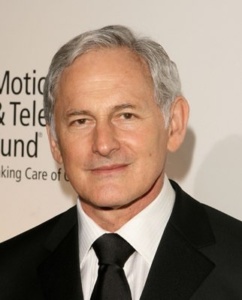 Victor Garber, with six Emmy® and four Tony® nominations to his credit, has been seen in some of the most memorable works of film, television and stage. He co-starred in Ben Affleck’s Academy Award®-winning film, Argo and portrayed San Francisco Mayor George Moscone in Gus Van Sant’s Academy Award®–nominated film Milk.  Additional film credits include The First Wives Club, Sleepless in Seattle, Legally Blonde, and the Academy Award®-winning film Titanic.  Mr. Garber has co-starred with Ryan Reynolds in Self-Less and with Emily Blunt in Sicario.

For his work on television, Mr. Garber has been nominated for six Emmy® Awards, including three for the ABC drama “Alias,” two for comedic guest-star roles on “Frasier” and “Will & Grace,” and a nomination for his portrayal of Sid Luft in the television movie “Life with Judy Garland: Me and My Shadows.”   He currently has recurring roles on “Power” on Starz, “The Orville” on Fox, “The Flash” on CW and has guest starred on Showtime’s Lisa Kudrow comedy, “ Web Therapy”,  “The Big C”,  “Nurse Jackie”, “Damages” and “Glee” and starred in CW’s “Legends of Tomorrow”,  NBC’s drama “Deception” , ABC’s “Eli Stone,” and “Justice” on Fox.   Other television credits include ABC musicals “Annie, “ “Rodgers and Hammerstein’s Cinderella, ” and “Meredith Willson’s The Music Man.”

Mr. Garber earned four Tony® nominations for his work in Damn Yankees, Lend Me a Tenor, Deathtrap, and Little Me. He performed in the workshops of Sondheim’s Assassins and Wiseguys as well as in the Tony Award®–winning play Art.  His stage credits also include the original Broadway productions of Arcadia, The Devil’s Disciple, Noises Off, and Sweeney Todd. Additionally, Mr. Garber garnered rave reviews in Sondheim’s Follies for City Center Encores! And most recently, Present Laughter, directed by the late Nicholas Martin. At Circle in the Square, he appeared in Tartuffe (1977), You Never Can Tell (1986-1987) and The Devil’s Disciple (1988-1989).  He can currently be seen in the Broadway hit, Hello Dolly!, playing Horace Vandergelder opposite Bernadette Peters.

2018 Honorees for the Theatre World Award for an Outstanding Performance in a Broadway or Off-Broadway Production, and the 10th Annual Dorothy Loudon Award will be announced shortly.

First presented in 1945, the prestigious Theatre World Awards, founded by John Willis, the Editor-in-Chief of both Theatre World and its companion volume, Screen World, are the oldest awards given for Outstanding Broadway and Off-Broadway Debut Performances.  The Theatre World Awards are presented annually at the end of the theatre season to six actors and six actresses for their significant, reviewable, debut performances in a Broadway or Off-Broadway production. The ceremony is a private, invitation-only event followed by a party to celebrate the new honorees and welcome them to the Theatre World “family.” In what has become a highly entertaining and often touching tradition, 12 previous winners serve as the presenters, and often relive moments from past ceremonies and share wonderful stories rarely heard at other theatrical awards.

The Dorothy Loudon Award for Excellence in the Theater honors an Outstanding Performance in a Broadway or Off-Broadway production.   Dorothy Loudon, who had the unique talent of being able to make audiences laugh and cry, made her Broadway debut in Nowhere to Go But Up for which she received a Theatre World Award for her performance. She received a Tony® Award for her incomparable performance as ‘Miss Hannigan’ in Annie, and went on to triumphs originating roles in Noises Off, Westside Waltz, and Michael Bennett’s Ballroom.  Previous recipients of the Dorothy Loudon Award for Excellence in the Theater include Katrina Lenk, Nicholas Barasch, Leanne Cope, Celia Keenan-Bolger, Jonny Orsini, Susan Pourfar, Seth Numrich, Bobby Steggert, and Susan Louise O’Connor.