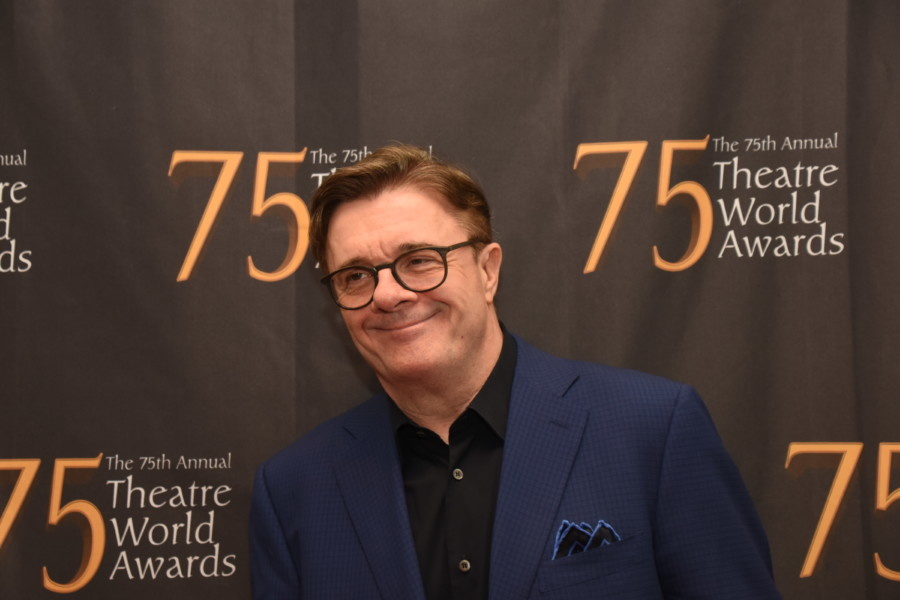 At the Neil Simon Theatre, the Theatre World Awards, celebrated 12 performers who made a memorable New York City debut this season.

Phillip Boykin opened with “Some Enchanted Evening” into a parodied “Can’t Get Enough of Your Love, Babe” praising 75 years of Theatre World Awards.

Danielle Brooks (The Color Purple, Netflix’s Orange Is the New Black) presented to Jeremy Pope (Choir Boy, Ain’t Too Proud – The Life and Times of the Temptations). The BFF’s use to hang out and eat ice cream.

Celia Keenan-Bolger presented to cast mate Gbenga Akinnagbe from To Kill a Mockingbird.

Bonnie Hilligan was thrilled that Linda Eder presented her the award.

Nicholas Barasch won his TWA in 2016 for She Loves Me and his good friend Micaela Diamond was headed to Carnegie Mellon before she ended up getting cast in The Cher Show. Cher, just before opening night gave Diamond a piece of advice: “Be quiet, but loud.”

Ernestine Jackson (TWA 1974 Raisin) sang “The Love I Have for You”.

Before introducing Colton Ryan (Girl from the North Country), Rosemary Harris (The Lion in Winter, My Fair Lady) spoke of being an understudying having to walk the dog so it wouldn’t urinate during a performance. Shethen came to America and got her Broadway debut in The Climate of Eden.

Lionel Larner (Executive Director, Dorothy Loudon Foundation) presented the Excellence in Theater to Hampton Fluker for his performance in All My Sons.

Justin Bohon presented to James Davis who plays Will Parker in Oklahoma!

Stephanie Styles got the acting bug at the age of 4 when she saw The Phantom of the Opera in Houston. She brought Phantom actor Brad Little a ghost beanie baby, as Brad gave her a backstage tour and showed her the magic.

Charles Dale and Griffin Osborne (The Ferryman) read thank you’s from Tom Glynn Carney and Paddy Considine, who are back in London with The Ferryman.