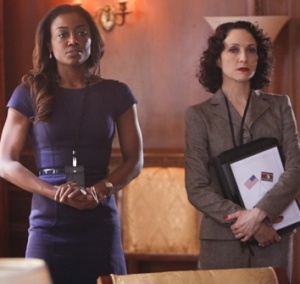 The nomination announcement of the 83rd Annual Drama League Awards at Sardis this morning is the start of the award season. Patina Miller and Bebe Neuwirth. The award ceremony will be held at the Marriott Marquis Times Square (1535 Broadway) on Friday, May 19, 2017 at 11:30am. Ticket reservations for The Drama League Awards, which includes a nominee’s cocktail reception and the star-studded afternoon luncheon ceremony, can be made by calling (212) 244-9494 or visiting www.dramaleague.org. 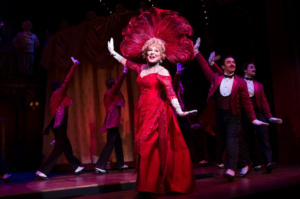 THE PLAY THAT GOES WRONG

TELL HECTOR I MISS HIM

OUTSTANDING REVIVAL OF A BROADWAY OR OFF-BROADWAY PLAY:

THE BEAUTY QUEEN OF LEENANE

MASTER HAROLD AND THE BOYS

NATASHA, PIERRE AND THE GREAT COMET OF 1812

NOTE: This season’s revival of Sunday in the Park with George was not considered for awards eligibility, at the producers’ request.

One winner is selected from this category. The recipient can only receive this award once during his or her career.

Note: The Drama League also wishes to acknowledge the 2017 recipient of the Award for Distinguished Achievement in Musical Theater, Bette Midler. As an honoree, Ms. Midler is ineligible for nomination for her performance this year.

The Drama League also wishes to acknowledge the previous recipients of the Distinguished Performance Award who appeared in Broadway or Off-Broadway productions this season. As the Award can only be won once in a performer’s lifetime, they are ineligible this season. Their exemplary work, however, is recognized and applauded.

Suzanna BowlingAugust 5, 2022
Read More
Scroll for more
Tap
Patsy’s If these Walls Could Sing: A Once In A Lifetime Evening
Danny DeVito, Sally Field, Harold Prince To Be Honored By The Actors Fund