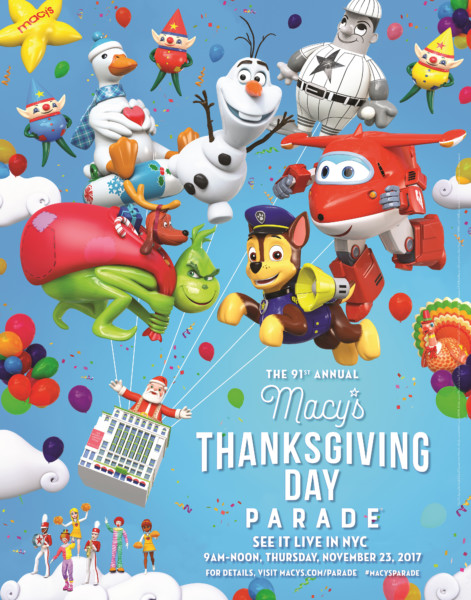 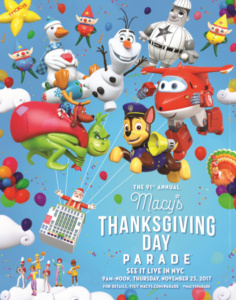 The 91st Annual Macy’s Thanksgiving Day Parade® kicks off the holiday season on Thursday, Nov. 23 (9 a.m.-noon in all time zones), with“Let’s Have a Parade!” Matt Lauer, Savannah Guthrie and Al Roker of NBC’s “Today” will host the broadcast. Telemundo will simulcast the parade in Spanish, with the event hosted by Carlos Ponce, Jessica Carrillo and Karim Mendiburu. 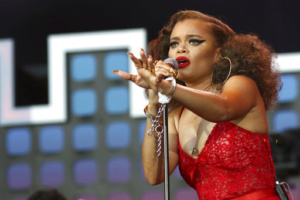 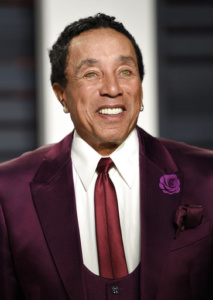 On 34th Street, the casts of “Anastasia,” “Dear Evan Hansen,” “Once On This Island”, “SpongeBob SquarePants – The Broadway Musical” and of course the Radio City Rockettes®. 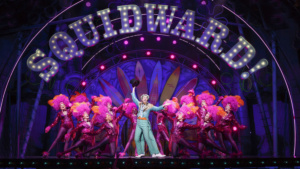 Macy’s, along with NBCUniversal and Verizon will once again take viewers closer to the magic via up close and personal views of the event through a 360-degree livestream of the parade on Verizon’s YouTube page. The stream, found at www.youtube.com/verizon, will be synced with the start of the Parade. 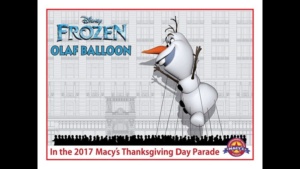 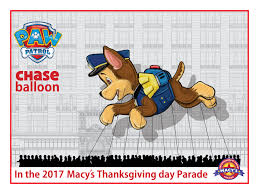 The balloon line-up will also feature the return of Harold the Baseball Player, a legacy Macy’s character prominently featured in Twentieth Century Fox’s iconic holiday film classic “Miracle on 34th Street.” In celebration of the film’s 70th anniversary, the Harold heritage balloon has been recreated for this year’s Parade, painted in hues of black, white and grey, to look exactly as it did on-screen during a memorable scene in the 1947 film. In addition to Harold, the famed spokesduck, the Aflac Duck, will debut as an all-new balloonicle (a Macy’s Parade innovation of hybrid cold-air balloon and vehicle) and is sure to have fans quacking with joy and laughter down the route. 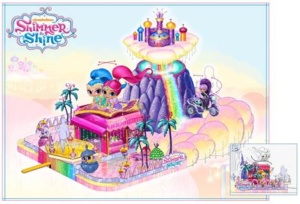 Shimmer and Shine by Nickelodeon

This year five new floats will debut including Everyone’s Favorite Bake Shop by Entenmann’s® (Sara Evans), Harvest in the Valley by Green Giant® (Lauren Alaina), Parade Day Mischief by Sour Patch Kids® Candy (Nicky Jam), Shimmer and Shine by Nickelodeon (Jojo Siwa) and Universal Playground by Sprout® (Angelica Hale). A special float by Delta Air Lines will also debut to commemorate the season of togetherness with the perfect gift of song, as more than 125 Macy’s employees gather to form a one-of-a-kind cross-generational choir aboard the Macy’s Singing Christmas Tree.

Returning to the line-up this year are the dancers and cheerleaders of Spirit of America Dance Stars and Spirit of America Cheer. Adding to the dance floor revelry will be 34th & Phunk, a special group commissioned and produced by Macy’s with organizers from the United States Tournament of Dance. Choreographed by the legendary artist Willdabeast Adams and acclaimed dancer Janelle Ginestra, 34th & Phunk will be a one-of-a-kind hip-hop dance crew featuring performers of all ages and from all walks of life, who have a passion for dance and precision movement. Bringing a Broadway flair to the spectacle will be the talented kids of Camp Broadway, who this year have auditioned and selected dancers/singers from military bases around the nation, and who will pay tribute to America with their performance. Rounding out the performance group list are the zany Red Hot Mamas (Post Falls, Idaho) who will deliver their signature humorous take on the holiday season, along with the whimsical stars of the Big Apple Circus (New York, NY).

The 91st Annual Macy’s Thanksgiving Day Parade will begin at 9 a.m. from 77th Street and Central Park West. The procession will march to Columbus Circle, turn onto Central Park South and march down 6th Avenue/Avenue of the Americas. At 34th Street, the Parade will make its final turn west and end at 7th Avenue in front of Macy’s Herald Square. “A Holiday Treat for Children Everywhere” has been the guiding motto of this annual tradition for more than nine decades and is the mandate that continues to this day.