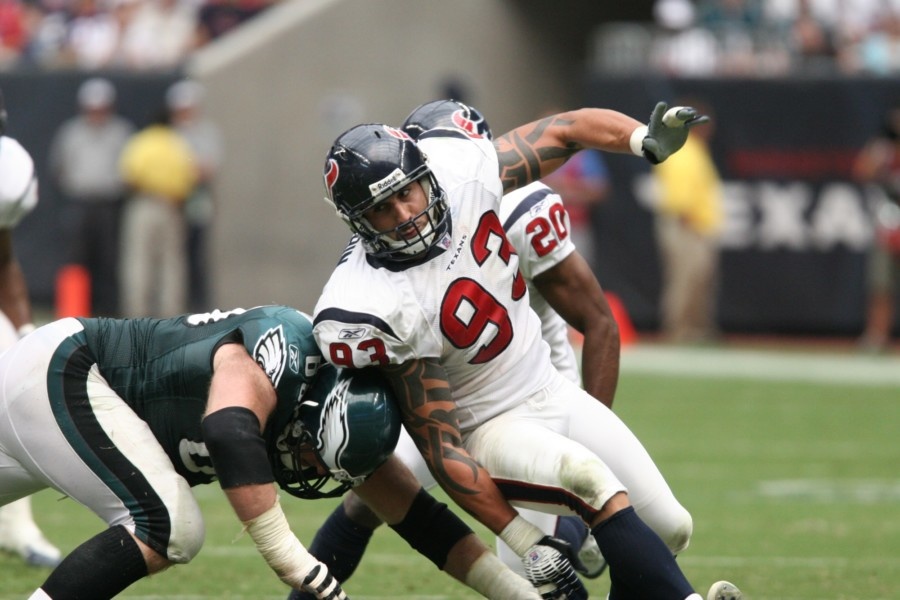 With preseason over and the first games set to start this week, NFL fans are seriously wondering who will shake out to be the best players of the year. Trades and newbs mean some unknown ground, as well as old greats who are getting older yet still relevant.

As you prep for the upcoming NFL season, take a look at these absolute top players in the league. Here are the best of the best.

Even the players in the NFL agree that this guy is the top player. He’s a defensive tackle, yet he had over 20 sacks last year alone, with quarterback hits since 2015 nearing 150.

The Los Angeles Rams have got a good thing going, and they’d do well to maximize his talent lest he finds a new gig elsewhere. He’s certainly marketable right now.

Von Miller is an old-school outside linebacker for the Denver Broncos. For a 30-year-old, his stats rank him on pace to break records. After last year, Miller was ranked 33rd for the number of sacks over his total career.

That means if he keeps it up he could be 3rd in history by the time he retires. And he works hard, rarely missing a training day, even in the offseason. You can expect to see all that practice pay off this year on the field.

The quarterback for the Kansas City Chiefs threw 50 touchdown passes last year. And this year, the team has some new players, so the Chiefs are looking good again this year.

They’re also improving their defense, meaning Mahomes will find scoring more opportunities than before and make big plays. The QB is from Texas (with a high school football record that would give you a good guess as to his home state) and he’s young, but that doesn’t seem to slow him down at all. While he played baseball in college along with football, the Chiefs are glad he went pro with football given his outlook on the upcoming season.

This guy will have his opponents looking for tooth replacement options if they’re not careful. The outside linebacker for the Chicago Bears had over 12 sacks last year, along with a pick-six and several forced fumbles. He’s unstoppable, and he leads a defense that’s ready for some action.

While Matt Nagy as their head coach last year, too, the defense is playing for Defensive Coordinator Chuck Pagano this year, new to the team since Vic Fangio left for a head coach job with the Broncos. No doubt Mack and his boys will find a way to outperform themselves, even as they work to please their new leader.

Julio Jones finished last season with 1677 receiving yards, despite how late in the season he scored his first touchdown. That stat puts him at number 1 in the league for 2018, with a big gap between him and Hopkins (number 2 spot). Jones also had ten games at 100-yards or more last year, breaking a record.

The wide receiver for the Atlanta Falcons could be the best in the league–if he had a contract. Last spring he began looking to revise his contract and the general manager of the team agreed. They want to make him higher paid than any other wide receiver in the league.

Fans recognize that the only way to have any leverage when negotiating this type of contract is to sit out a game. And it doesn’t look like Jones will cave on his demands any time soon, which points to a week 1 game against the Vikings without Jones playing. Ifthe powers that be recognize how valuable he is while he’s sitting out, Jones could be looking at a valuable contract and a fantastic season ahead.

The quarterback for the Green Bay Packers had a knee injury and a concussion last year. Yet he still managed to throw only 2 interceptions during the season, along with 25 touchdown passes. And then his disagreement with former Packers coach Mike McCarthy about whether he’s allowed to change plays at the last second made people wonder about this year.

But new head coach Matt LaFleur says he’s letting Rodgers use his experience and talent, as any other great player would, and make last-ditch changes. He says he is, but Rodgers didn’t play at all in the preseason. Provided the two don’t get too argumentative, Rodgers stands to continue his excellence in football this season.

No list of top NFL players can exclude this great. Brady might not have better numbers than players like Drew Brees, but with a career full of Super Bowl wins and records that Brees hasn’t broken yet, Brady deserves a spot on the list. He keeps on working hard, and the New England Patriots are hoping he has a few more years in him before he decides to retire.

While speculation about when this will continue, Brady keeps insisting that he’s not ready. At 35, the man isn’t exactly old, although he’s nearing the upper limit for NFL players. After too many hits, Brady may decide he’s ready for a little easier lifestyle and some time committed to his family and favorite charitable causes.

These 7 players are changing the way we view pro football in America. The upcoming NFL season is full of players you won’t want to miss and the potential puts fans on edge as they await the outcomes ahead. From Donald to Brady, these guys are ready to break some more records this year.